For Census Day 2021, thousands have already pledged to mark themselves as ‘European’ on the form. Will you? 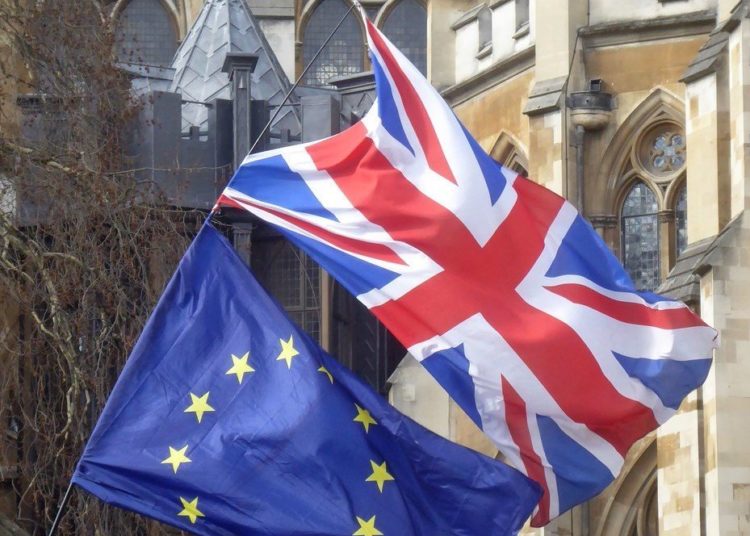 “Blowing in the wind” by gordontour is licensed under CC BY-NC-ND 2.0

People’s identity has become a sensitive matter following the EU referendum. Many EU citizens living here would like to confirm their original national identity on the census form. And many UK citizens – often with longstanding generational family ties to this country – still feel very attached to their European identity and the freedoms it gave them, and would like to assert this on the form.

The United Kingdom has been a place for immigration for millennia. The Romans colonised us from 55BC. The Angles and Saxons travelled across the channel to inhabit the British Isles in the 5th and 6th centuries. The Vikings from Norway and Denmark came in the late 8th and into the 9th Centuries. The Normans invaded in 1066.

Every century has seen the arrival of people from across the world.

Flemings came from the Low Countries as weavers in the 1100s. The Huguenots fled persecution from France and arrived here in the 17th century, and the Irish did likewise during the Potato Famine in the 1840s. And between the 17th and 19th centuries, the East India Company’s trade activities led to many sailors staying in London after being unable to secure return passage on their ships. The first Indian restaurant opened in 1810.

That’s just a snapshot of our history on immigration!

In the immediate aftermath of the Second World War, allied European war veterans stayed on (especially the Poles), and then thousands of people came from countries of the British Empire, first from the Caribbean (the Windrush generation) and then from South Asia. All from countries that had helped defeat fascism, Nazism, nationalism and authoritarian dictatorship.

Our European identity and immigration from the EU

More recently, since the rapid eastward expansion of the European Union in the early 2000s many people came to the United Kingdom from newly democratic countries of Eastern Europe, as well as a steady flow from the ‘old EU’ of western European countries.

Many of these people made their homes here in the United Kingdom, contributing handsomely to the economy (£26bn to UK public finances between 2016 and 2019). This millennia-old tradition of people moving from one place, culture and language to another has created layers of national identity. Different people mix, marry and have multiple identities.

Over three million EU citizens have settled here since the UK government-inspired European single market was established in 1992. For them, the question of identify on the census should be straightforward. They mark ‘other’ followed by Polish, or Italian for example. And if they’ve now taken up British nationality, they mark British and ‘other’, which clicks through to a window where they can insert their original nationality.

A rationale for many of these census questions is to do with the fair allocation of public services. But recent evidence suggests up to a million people may have returned to their country of birth from the UK due to Covid-19 hardship. If those one million return after lockdown ends, then this will significantly distort that allocation of services, because the census information on 21 March will be misleading.

After the referendum of 2016, in which the majority of EU nationals were not allowed to vote (unlike those from Commonwealth countries), many have felt unsettled. For the last two years, those who have not acquired UK citizenship have been required to register with the Home Office for what is known as ‘settled status’.

A number of campaign groups, such as Settled and the 3 Million, have been established to protect and support the rights of EU citizens. The 3 Million wants to ensure that there is an accurate record of all EU citizens remaining in the UK.

It is advocating that EU27 passport holders fill in the nationality part of the census correctly, so that accurate data is available to the Office for National Statistics. This is possible, as passport nationality (Q20) and how you identify yourself (Q14) are recorded separately.

Documenting our European identity on the census

On the other hand, other UK citizens want to assert a European identity, even though they lost the rights of EU citizenship through Brexit.

An informal campaign proposes that people do just that. Stay European is suggesting that anybody that seeks to identify as European should write ‘other’ for question 14 of the census form, and subsequently mark themselves as ‘European’. In fact, you can tick ‘British’ and ‘other’ (European) if you want.

What people actually mark on the census form is a matter of individual choice. It is not a factual statement of nationality according to passport; it is a subjective answer about how you identify yourself.

Thousands have already pledged to mark themselves as ‘European’ on the census form today. Will you?