Is English cricket institutionally racist? Oliver Lawrie takes a critical look at the prevalence of racism in English cricket, the governing body’s inability to eradicate it, and how this is reflective of society far beyond the boundaries of your local cricket pitch. 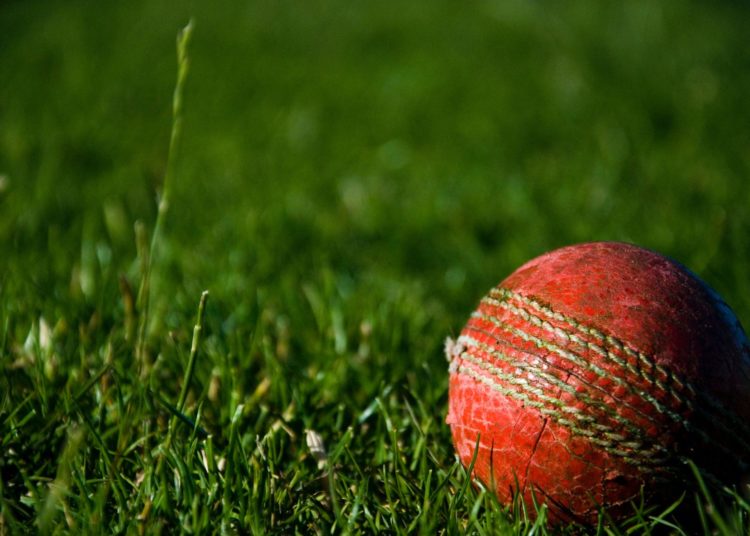 In June 2020, former England and Hampshire batsman Michael Carberry spoke about this very issue. Not only did he conclude that racism is “rife” in the sport, but he also did not “expect anything” in terms of resistance from the ECB in the countering racism.

The ECB, in their response, produced soundbites such as “this must change” (you may see a trend develop here).

In November 2020, two former umpires in John Holder and Ismail Dawood accused the ECB of “institutionalised racism”. Holder referred to the lack of ‘non-white’ umpires, while Dawood heard racist language used in front of senior ECB staff, which went unchallenged. BBC Sport understands that a person who used discriminatory language in front of senior managers was suspended, but later cleared of wrongdoing.

The response? An ECB spokesperson told BBC Sport that “we will not tolerate racism” while mentioning initiates enacted by the ECB to counter such issues in no great detail.

In January 2021, a survey conducted by the Professional Cricketers Association (PCA) deemed that “more than one-third of [professional] black, Asian and minority ethnic cricketers say they have experienced racism in the game”.

At the time, the ECB and the governing body’s managing director of county cricket, Neil Snowball, said, “There is no place for racism or discrimination of any kind in cricket”.

Remember the discriminatory tweets published by the newly unearthed England bowler Ollie Robinson? The tweets are one thing, but the complacent response by the ECB in light of their commitment to eradicating discrimination from the sport of cricket was remarkable. You can refresh your memory here about the details of this scandal, but we’ll keep going in the meantime.

After nearly being driven to taking his own life, Azeem Rafiq, a former England U19 and Yorkshire captain, says he “lost faith in humanity” after his reports of racist behaviour were “ignored” by Yorkshire County Cricket Club. This came to light in September 2020.

Just last week, Yorkshire CCC finally published their response to these allegations, which was nearly a year in the making. After an independent investigation, Yorkshire CCC have since offered “their profound apologies” after “several of the allegations” of racist behaviour were upheld.

Perhaps most concerning is the fact that Yorkshire CCC referred to racist acts as “inappropriate behaviour”. Why are they playing this down? To protect themselves and their reputation? They’ve allowed this to happen, and must be held responsible.

To show the depth of the issues, Rafiq added the following: “To try and say that these are historical things, yes there are things that are ten years ago but predominantly most of my allegations relate to people that are still there in leadership positions.”

The professional landscape is just the tip of the proverbial iceberg, however. Village cricket, the beating heart of English cricket, is also rife with racism.

Having read these examples, the evidence is surely incontrovertible. Institutional is defined as “established as a convention or norm in an organisation or culture”, and the plethora of examples indicated that racial discrimination is indeed institutionalised in English cricket.

Is there any hope at all of overcoming this?

Representatives at the top of the English cricket tree are very keen to dish out hollow soundbites that reaffirm the ECB’s commitment to eradicating racism. While this is a staple response to any allegation like this levelled at the ECB, to their credit they have brought in a selection of initiatives deigned to combat this.

They have implemented a targeted action plan to engage South Asian communities and support schemes like the ACE programme. They have introduced the Rooney Rule for elite coaching appointments (a policy that requires teams to interview ethnic-minority candidates for head coaching and senior operation jobs). Racism education has also been introduced, and the ECB are reforming the way they recruit.

Yet, at the heart of all of this, there are still two core issues.

Firstly, regardless of how ‘committed’ the ECB says it is to eradicating racism, with the control they have over the English game and the financial firepower they possess, they are making a (political) choice not to make this a priority.

At least at the most elite level, they have had so many opportunities to at least try to implement real change, yet have continually failed to do so. Nothing highlights this better than Ollie Robinson’s ‘suspended’ suspension, where he was banned for two years for publishing discriminatory tweets, but didn’t miss any cricket at all after the ban was announced.

Had they attempted to make radical change, and the implementation had failed, at least the cricketing world would have known there was a desire to make a positive difference.

Beyond all of this however, for English cricket to become a sport for all, there needs to be a more fundamental change. The ECB can only do so much, and those who have the power to make fundamental changes in society need to take responsibility for the society they preside over.

When politicians decide to prioritise eliminating discrimination, then anti-discriminatory rhetoric will seep into every other aspect of society; cricket included. Until then however, I fear there will be initiative after initiative that will make vital, if superficial, change, and this conversation will happen over and over and over again.

A final thought from Vithushan Ehantharajah from the Independent, which summarises the role you can play in helping the situation in which we find ourselves:

“Though cricket faces a gravely uncertain future through the coronavirus pandemic, one thing is for sure: if you do not want to be an active part of the solution then you are part of the problem. It really is that black and white.”