When it comes to government propaganda, trickle-down economics, like the levelling-up agenda, was just propaganda. So should we believe the promises on climate change? 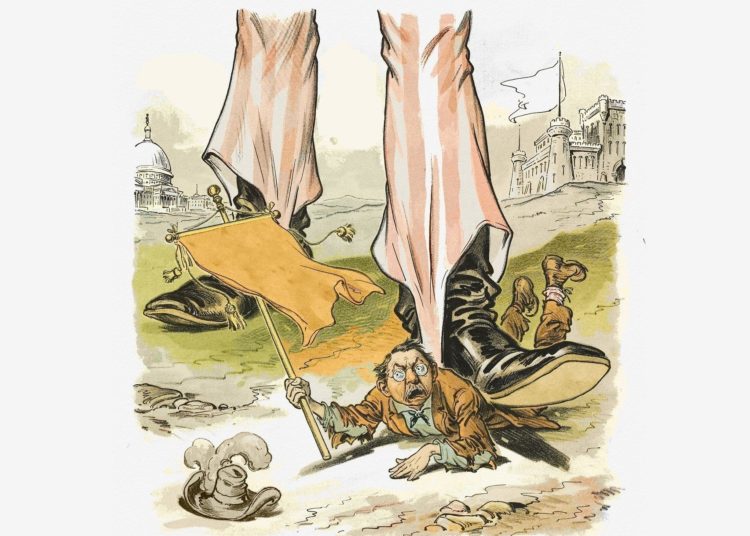 Image by Prettysleepy from Pixabay Free for commercial use

One of the many brilliant insights of George Orwell was that the best way to understand the real intentions of a propagandist is to reverse the wording. In the novel 1984, the Ministry of Truth tells lies and the Ministry of Peace wages war.

Trickle-down economics, like the levelling-up agenda, was just propaganda

Applying this to one of the favourite concepts of Conservative politicians over recent years is very revealing. We were told for decades that they were using trickle-down economics to ensure that a rising tide of prosperity rose all the boats. Making the rich richer would result in making the poor richer as well. What has actually happened is that for four decades, the gap between rich and poor has grown.

They have been operating trickle-up economics with a vengeance.

Actually, that isn’t entirely fair. It hasn’t been a trickle. Money has gushed upwards whilst genuine out-and-out poverty has become firmly entrenched. Particularly in some of the once-proud communities of Yorkshire that have experienced decades of neglect.

Now the idea that those neglected communities need support is back in fashion. The government is constantly informing us that it is determined to pursue a levelling up agenda. The reality is less impressive.

Proposed planning reforms will not level up our communities

Token gestures of government spending are being directed to the most politically convenient locations with big announcements about funding for marginal seats. Meanwhile communities like Bradford continue to decline. Nothing effective is being done by the national government to revive inner-city housing in Bradford. Or to provide serious new funding to improve its schools.

Instead, building developers are being allowed to direct their efforts to building new executive homes on the outskirts of that city. Planning laws are being deliberately weakened in order to make it easier for developers to put up thousands of new homes on cheap land in the suburbs, swamping previously attractive villages with buildings that sell like hot cakes but risk destroying the very attractions of the communities the developers target.

Places like Skipton are being overwhelmed by new homes. Not to meet local needs. What is being built is what will sell for the highest prices. Five bedroom homes are going up in large numbers across the more affluent parts of Yorkshire whilst the housing stock of our most needy communities is being allowed to crumble into decay.

People are living in high-rise blocks riddled with damp, worrying themselves sick over fire risks whilst the enquiry into how to ensure Grenfell Tower “never happens again” trundles into its fifth year of scandalous revelations.

The reality behind some of the levelling up rhetoric is beginning to quietly emerge. One of the few genuinely sensible projects that has been proposed is the idea of massively improving public transport links between northern cities so that the huge northern job market is opened up. We have been promised rapid new rail connections running between Liverpool, Manchester, Bradford, Leeds, York, and Hull with Sheffield also benefitting.

The promises have proved very cheap to make. The lines are struggling to be afforded because so much of the investment has been poured into HS2. Now the Yorkshire Post has revealed that the levelling up rail projects are likely to bypass Bradford altogether and leave it with one of its most deep-seated economic problems. It risks being left with two sad and unconnected railway stations neither of which is on a line that connects quickly and efficiently with the rest of the northern economy.

Can the government be trusted on any of its promises?

The reality is that the UK currently has a government that lacks any coherent regional policy. It doesn’t even have any economic strategy. It has soundbites. The only resource it is really pouring into the north is politicians seeking photo opportunities. Their publicity schemes don’t remotely equal the regional funding that would have been directed to the north under the EUs regional support programme.

All of which should lead us to have real doubts about the other fine promise that this government is furiously promoting. Britain will, apparently, be hosting the climate change summit in November because our Dear Leader is leading the way in the battle for the environment. In reality, it has just been revealed that Britain is exporting its waste to Turkey where the plastic is just being dumped into the environment without a care. Fossil fuels continue to dominate the UK market. Sewage is being routinely pumped into our rivers.

We don’t have the greenest government ever. We have the bluest one.

The vast majority of those new buildings that are going up in the suburbs to pay back the developers for their massive financial contributions to the Conservative Party are being built with gas boilers but without solar panels, heat exchange units or even electric vehicle charging points.

Meanwhile if you live in inner-city Bradford and want to cut your heating bill to get out of fuel poverty the one small national government scheme that offered help to improve insulation in your house or install a more efficient boiler has been scrapped.

One of the great lies of modern times is that we can’t afford to pursue a climate change agenda because the cost will fall on the poor. The reality is that there is a massive opportunity to genuinely revive living conditions in our inner cities whilst cutting fuel bills for the worst off. That opportunity is being missed.

Step forward Orwell and the reality begins to emerge. What we are actually witnessing is a levelling down government. One that sounds good when it comes to making promises to red wall voters. But which is actually very good at continuing its decade long track record of serious neglect of those once proud communities.

An incompetent big brother is watching over you.