A fish starts to rot from the head, just like the UK

Politicians have a tendency to choose convenient truths and to bend reality to their purpose. Johnson takes it to a new level. 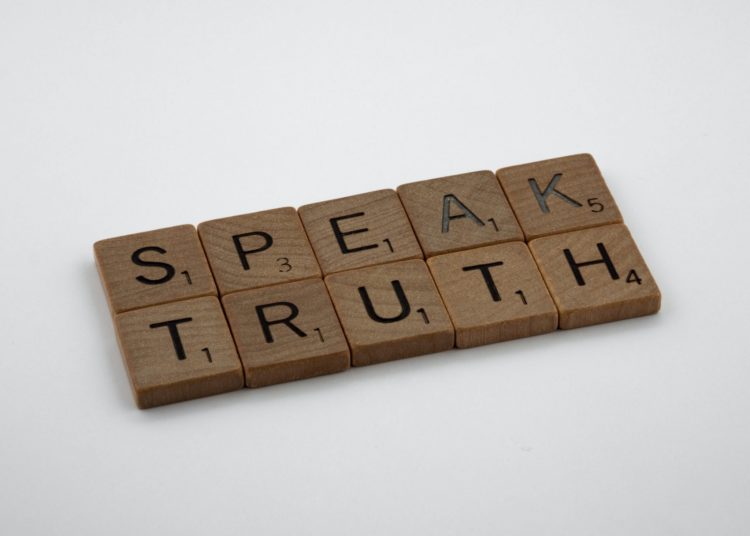 They say a fish starts to rot from its head. It’s not an experiment I’ve ever wanted to conduct, either in my kitchen or in my country. Unfortunately, it’s exactly what’s happening in Boris Johnson’s Britain.

Politicians have a tendency to choose convenient truths and to bend reality to their purpose. Johnson takes it to a new level. He lies so frequently and so easily that it’s impossible to tell whether he’s doing so deliberately or has lost the ability to remember anything that he said yesterday if it happens to become inconvenient today.

Lies from the prime minister

The entire basis on which he presented himself to the nation at the general election was that he had got Brexit done and so he told the businesses in Northern Ireland that they could bin any paperwork because “there would be no forms, no checks, no barriers of any kind” on goods moving between two parts of the UK. We now know this simply wasn’t true. Instead, he’d signed up to putting two parts of our country into different customs blocs and even now, he hasn’t the faintest idea how he will deal with the consequences.

It matters when a prime minister begins his period in office by lying to the Queen to try and get her to suspend parliament. It matters that in his personal life he shifts from one woman to the next whenever the existing one acquires boring responsibilities. It matters that in his past, he casually discussed beating up a journalist who criticised him and, equally casually, he recently talked of letting the bodies pile high in their thousands.

Having the country led by a liar, a cheat and a womaniser sets a standard of behaviour that others copy, and the corruption inevitably spreads.

There is a smugness at the heart of this government that has spread outwards and begun to penetrate the entire administration. Ministers know that the crucial test they have to pass is not one of competence, but one of loyalty. They know that contracts have been casually awarded to friends and family by people right at the heart of government who were able to shrug off the failure as if it were of no importance.

They have seen lazy cynicism take their leader to the highest office, so why bother to come off a beach and make a few phone calls in the middle of some inconvenience like the worst military failure Britain has suffered since the crisis in Suez? They have watched the top man in the country deliver one of the highest coronavirus death rates in the world and remain ahead in the opinion polls. They probably think that they can get away with almost anything.

That misplaced overconfidence is about to come back and haunt them. A near perfect storm of problems is about to hit home that would test the skills of the most dedicated and professional of leadership teams.

The government is running out of money

It isn’t easy to juggle covid, Brexit and a climate emergency. Now they also have to cope with the fact that the government is rapidly running out of money. Throughout the pandemic the country has been financed by the Bank of England printing enormous quantities of cash and supplying it free of charge to the government. We have been told for years that there is no magic money tree and yet in an emergency it turned out that there was. Some £895bn has been pumped into the UK economy without causing significant inflation.

That kind of deliberate boosting of an economy can only be done at a time of serious economic contraction when it is necessary to put free money in people’s pockets in order to avoid an out and out economic depression. Sooner or later it has to stop.

The moment when things change is when inflation starts to pick up and that’s exactly what’s happening right now. Thanks to Brexit there is a shortage of lorry drivers. It takes months to train new ones and in the meantime transport companies start to pay higher wages and the price of goods start to rise. There’s also a shortage of staff in catering, health, tourism, care, science, and agriculture. Each of those shortages also feeds inflation. When a restaurant has customers but can’t get staff it puts its prices up and pays higher wages.

In the fantasy world of Brexit all this is positive because it means that British workers get paid more for doing British jobs. In the real world, well-paid jobs in sectors like finance and the creative industries are being lost at the same time as low paid jobs are starting to be readily available.

The government is going to have to try to balance the books out of taxation. At a time when there’s an urgent need for more money for the NHS, for care, for public transport, and for high streets. Taxing businesses that are struggling to recover after the pandemic will not be easy. The burden is therefore likely to fall on individuals and on families. And things will only get worse if the government’s cavalier attitude to covid causes a major winter outbreak.

We can be confident that this government will make every effort to cope with this challenge – by trying to put the blame for a fresh era of austerity on a pandemic that no one could have foreseen and predicted. Apart from a few pesky environmentalists.

Bungs and PR vs much-needed investment

What no one can be confident of is how the British public will react when the harsh realities of our current economic situation hit home. Britain is now an isolated and vulnerable economy trying to strike trade deals from a position of weakness. It has a huge need for a programme of investment to rebuild its industries and to transform its neglected town centres and inner cities.

The style that has been developed in this government is to try to fix problems by sending a few bungs to the constituencies where the government most needs to win votes. What is actually required is a carefully thought-out programme that is delivered by a highly responsible and well-organised government with a clear plan.

A government that is rotten at its very core is simply incapable of delivering that. The trouble with trying to survive on spin and touselled hair is that sooner or later you have to face up to some harsh realities that you can’t shrug off with a knowing smile. Liars always get found out in the end.

It is such a shame that an entire nation will have to suffer so much as it learns the truth of an old proverb. We have a stinking fish at the heart of government and the smell is spreading fast.

If you have enjoyed reading Andy’s articles why not buy one of his books. Contrast and Compare looks at places in Britain that share a name but not much else like Bradford and Bradford on Avon. Rural Bliss is a comedy novel about life in a small village. Both available via Amazon books.