Partygate, the Sue Gray report, and now the watering down of the ministerial code - is there any integrity at the heart of Westminster nowadays? 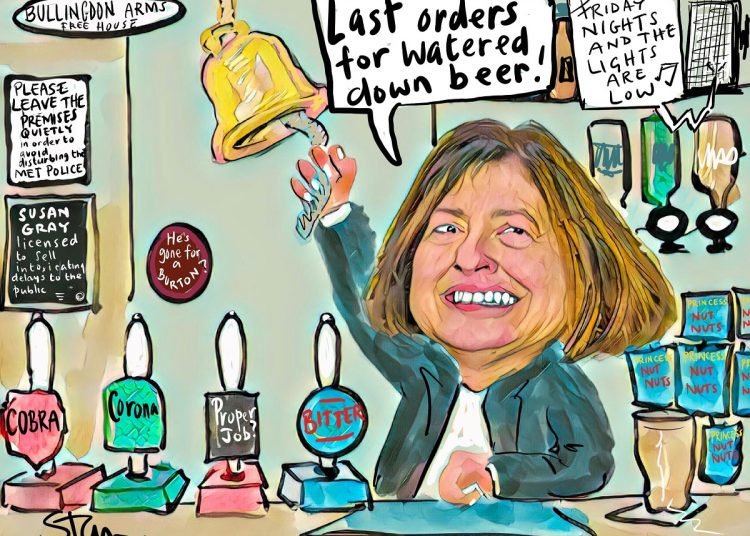 Integrity at Westminster, by Stan

When you do an online search for the word ‘integrity’, the definition that comes up is “Noun: the quality of being honest and having strong moral principles. ‘A gentleman of complete integrity.’” So how on earth can we apply this noun to the present government and the current incumbent of Number 10, but also to politics and public life in general?

Integrity at the heart of Westminster

Writing in April in Prospect Magazine, Professor Alan Renwick of UCL, referring to the the report of the Citizens’ Assembly on Democracy in the UK stated:

“The recommendations with broadest and most passionate support among members were on integrity in public life. Ninety-eight per cent of members backed a recommendation that ‘lying or intentionally misleading parliament’ should be punishable as a ‘contempt of parliament.’ Ninety-eight per cent also agreed that codes of conduct for MPs, peers and ministers should be strengthened. Ninety-six per cent said that ‘the public needs to be able to trust that the recommendations made after an investigation into ministerial conduct by an independent regulator appointed to do this will be respected and implemented by government.’”

The same report also found that when participants were asked to:

“‘Imagine that a future prime minister has to choose between acting honestly and delivering the policy that most people want’, 71% chose honesty and only 16% delivery. When we asked whether respondents agreed more that ‘healthy democracy requires that politicians always act within the rules’ or that ‘healthy democracy means getting things done, even if that sometimes requires politicians to break the rules’, 75% chose the former and just 6% the latter.” (phy.org)

But just a month after the report was issued, and just a day after the prime minister was claiming that he had ‘learned lessons’ because of ‘partygate’, Boris Johnson dilutes one of the main pillars of maintaining that integrity: the ministerial code. Coming as it does prior to him facing an inquiry by the privileges committee into whether he misled parliament over lockdown parties in Downing Street, it has been eagerly seized on by opposition parties and indeed some of those in his own party, as just another example of the PM and his party twisting, bending or changing the rules or just downright lying to save his neck.

Angela Rayner, Labour’s deputy leader commented, “This prime minister is downgrading and debasing the principles of public life before our very eyes”. On the other hand, Downing Street were claiming that it is “disproportionate to expect that any breach, however minor, should lead automatically to resignation or dismissal”.

The problem is that ‘partygate’ goes a lot deeper than whether two work colleagues shared a sausage roll or a tepid glass of pinot grigio. It is all about trust in our politicians and those in the wider reaches of public life stretching to the civil service, press and the media in general. 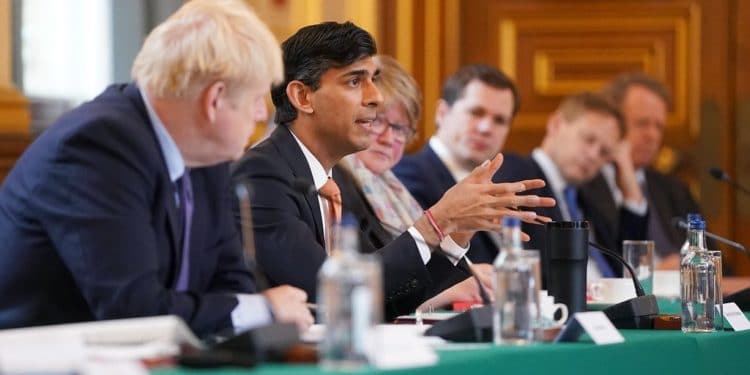 Lack of trust in our politicians

In West Yorkshire, I encounter a lot of ordinary working people in my job and in my volunteering. There is a definite weariness and dissatisfaction, not just with Johnson and the Conservatives, but with parliament in general. Many of them are now stating that they are ‘all as bad as each other’. That is dangerous not just for the Conservative Party, but for politics and the country in general. The thing is, they are NOT all as bad.

Signs that his own MPs, however slowly, are beginning to turn against Johnson, hold out some hope for the future. But if the news channels are populated by a stream of sycophantic minsters constantly singing from the same obviously very carefully orchestrated song-sheet, often containing half-truths and sometimes downright lies, things will not change.

Yes, politics is very divided, tribal even, but there would appear to be a significant percentage of the population who desire honesty, integrity, and transparency from those who represent them. And that can only bode well for the future.

The latest YouGov MRP model suggests that if a general election were to be held tomorrow, the Conservatives would hold on to just three of 88 battleground seats. Some MPs might favour watering down the standards expected from those in public office, but it would appear that the vast majority of those that elect them do not.

The forthcoming by-elections in Wakefield and Tiverton and Honiton promise to be very interesting indeed.