The country seems to be descending slowly into the Brexit abyss, with the government now helpless against the forces it has unleashed. 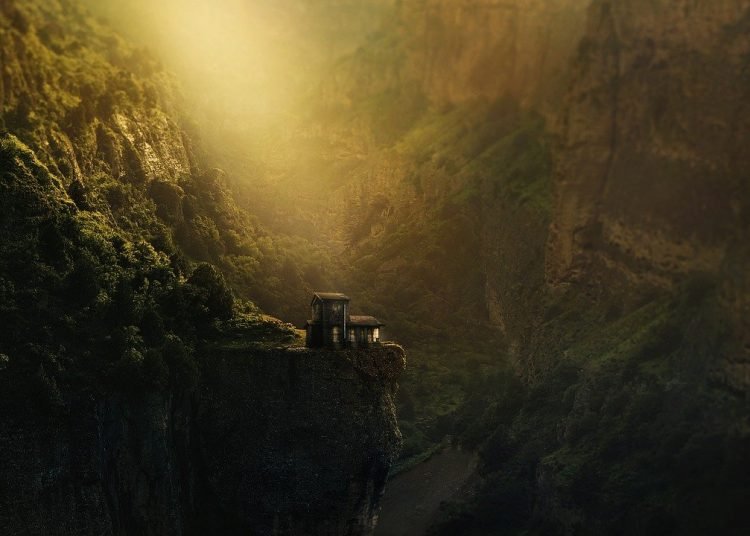 We seem to be staggering from one crisis to another, each more serious than the last, with the feeling that Britain is slipping into a terrible abyss of its own making. The government has virtually abandoned any pretence of exercising any control and watches on helplessly as the damaging forces unleashed by its own Brexit folly, career through the economy.

Half the population is desperately worried and the rest oblivious to the growing disaster. The prime minister himself is either ignorant or indifferent, probably both.

Johnson’s speech to the Tory conference today was full of optimism and at times delivered like a campaign peroration on speed. The hacks listening to it could barely keep up.

It appeared to ignore the grim reality of a week full of images of empty supermarket shelves and queues of panicking motorists trying to buy fuel. It was as if he was speaking to us from the surface of a distant planet, unaware of the conflux of crises gripping the nation here on earth.

He is in serious danger of looking like a fast-talking Jerry builder trying to hide the flaws in the rickety extension behind him so he can get paid before it all comes tumbling down. One almost begins to worry about his mental health.

All of the Brexit-related problems we were warned about are coming true. But charges of scaremongering have turned to bizarre claims that they are in fact the demonstrable effects of Brexit working as planned, and the ‘growing pains’ or the ‘stresses and strains’ were all anticipated and are simply the minefield we must crawl through to reach the sunny uplands.

He defended tax rises and told delegates, “We are not going back to the same old broken model with low wages, low growth, low skills and low productivity, all of it enabled and assisted by uncontrolled immigration”.

Instead, he will give us a new, more expensive – and much harder to repair – broken model of high wages and no growth at all. They cheered him on, as outside the conference hall the nation stared into the abyss.

His speech came just days after the army started distributing fuel and the pig industry began a cull to destroy 150,000 pigs that abattoirs are unable to cope with, as a result of the lack of EU workers. The prime minister’s response was “let’s see what happens.”

The fuel shortage may ease eventually, but looks certain to be replaced by shortages of food in the run up to Christmas. Stocks are low and supply chains stretched to breaking point. Energy bills are soaring as the government adds to the crisis by increasing the tax burden to record levels amid rising prices, a worrying surge in inflation, stagnating output, and the biggest cut in welfare payments since 1945.

Brexit may not be the only factor involved in these events, but it is certainly amplifying the difficulties.

Meanwhile, the Metropolitan Police faces a collapse in public confidence after one of its own, a serving officer, is found guilty of the most horrific murder which is now revealing a culture of misogyny to add to the institutional racism and institutional corruption that previous independent enquiries have found.

And as a backdrop to it all, cases of covid, hospitalisations and deaths remain alarmingly high, preventing the NHS driving down the huge five million long backlog of patients – the longest since records began – who are waiting for treatment.

It is a recipe for a bleak winter of social discontent and the Tory poll lead may yet prove as fragile and temporary as any Johnson pledge. 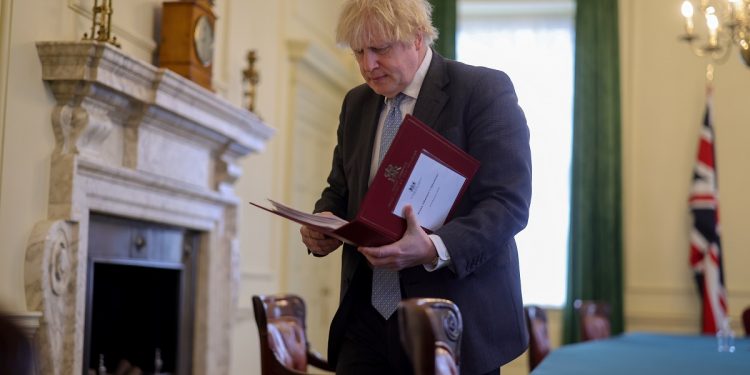 Johnson is bending the political system in his favour

Even Andrew Neil, fresh from his failure at GB News, predicts trouble ahead, asking in The Daily Mail how long Boris Johnson can defy gravity. While cataloguing our current woes, he avoids attributing any of them to Brexit, which he says the prime minister has delivered as best he could, “given the weak hand Johnson inherited from Theresa May”. You can see which side Mr Neil is on.

Johnson, surely the most accomplished liar ever to occupy Downing Street, is also keen to ensure he continues to defy gravity.

He already avoids any genuine scrutiny like the plague and has appointed Tory supporters to key posts to moderate any criticism. But now, as if recognising the looming problems and to help cling to power when the population realises it has been conned by his Brexit, Johnson is lining up a series of authoritarian parliamentary bills that Belarus’ President Lukashenko would be proud of.

There is one to restrict judicial reviews of potentially unlawful or unconstitutional acts by the government; another – the police bill – making it almost impossible to stage any sort of protest; and an elections bill designed to make voting harder for those without ID, which is mainly those likely to support the opposition.

Johnson also wants to extend the Official Secrets Act to cover more areas and increase penalties without any kind of public interest defence for journalists or their sources. Coming from a government that refused to act on the intelligence and security committee report into Russian interference in our democracy, it can only be intended to deter genuine whistle blowers.

Jonathan Freedland in The Guardian has a much better account of how Johnson is quietly circling the wagons in Downing Street.

The world is watching

The world’s press looks on in bewilderment, unable to comprehend how a once-respected nation has managed to inflict such disruption on itself in order to break away from its friends, allies and neighbours to face a sea of troubles alone.

CNN’s Luke McGee says Johnson’s reign is becoming one long crisis, and adds that while the fuel crisis has damaged Johnson badly, it hasn’t handed the Labour Party any real polling gains.

NBC News says many will see the irony in government efforts to get 5,000 EU truck drivers to return to help solve a crisis their leaving created, and suggests that Brexit was “motivated in part by a desire to curb immigration and stop as many foreign workers as possible from competing for British jobs”. Now the UK is in trouble, it wants foreign workers to save it.

The Guardian has a good if somewhat depressing summary of the global reaction to Britain’s fuel, food and labour crises, which seem universally accepted as being caused by Brexit.

Perhaps the best comment on the HGV shortage came from Charlie Hebdo, the French satirical magazine, which published the cartoon below. It is not the abyss that is going to sting, but the fact that the world is laughing at us as we descend into it.