In the battle between democracy and Botox, democracy doesn’t stand a chance. 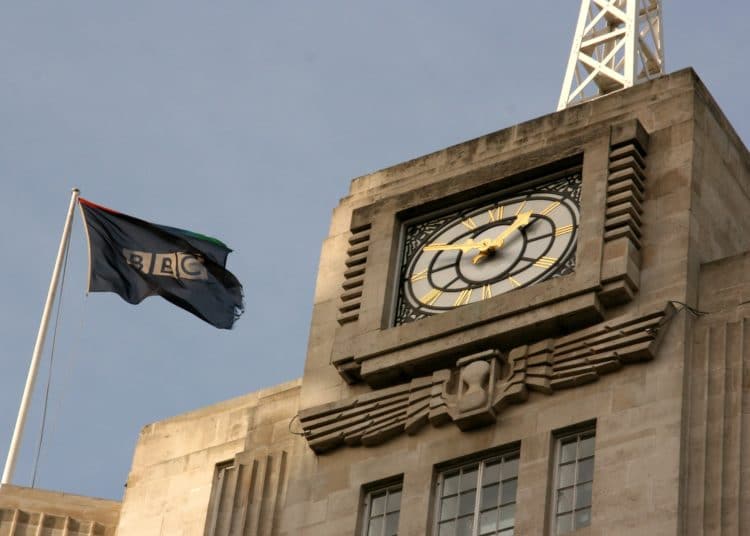 On 19 August 2020 the BBC’s Today programme introduced an item about driverless cars with a 2016 recording of Justin Webb describing how he tried out such a vehicle on the M4. His breathlessly account was, more or less, “I’ve got my feet on nothing, my hands are on the steering wheel, but it has a mind of its own and it’s quite strong doing what it thinks is necessary to keep in the middle of this lane. I’m, at the moment, doing nothing”. Intentionally or otherwise, he provided listeners with a perfect metaphor for the role of this anodyne programme, its presenters and their relationship with the establishment.

‘Doing nothing’ is, I presume, what the programme makers and the establishment behind them expect from a show that can devote as much time to an item about greater use of Botox brought on by too many Zoom meetings (22 August, 2020), as to one about the profound threat to democracy posed by the current political structure prevalent in the West today (18 August 2020).

The programme item on democracy was entrusted to the aforementioned test driver. Justin Webb has been a BBC employee since 1984 and has been around the political world for almost 40 years. Based on his experience, contacts and knowledge, it should be inconceivable for him to be left “nonplussed” by the idea that Western politics has actually ‘Gone West’. His guests were Adrian Wooldridge of the Economist and Margaret Heffernan, entrepreneur and professor of practice at the University of Bath School of Management. Both demonstrated considerable knowledge and expertise and were in agreement about the serious lack of effective governance in the UK, especially as exposed by the Covid-19 crisis.

The essence of their argument – discussed in The Wake Up Call: Why the pandemic has exposed the weakness of the West – and how to fix it, by Adrian Wooldridge and John Micklethwait – was that the obvious decline in the reliability of our governments is due to the fact that much of their role has been outsourced to the market, with the inevitable loss of control and accountability. In the UK, every day seems to bring more examples of this being so. You need only look at the vast sums of money being passed to an ineffective private sector, with little or no oversight by parliament.

Wooldridge dates the start of the decline to the 1960s. It was in 1961, as he retired from office, that US President Eisenhower warned against the dangers of the “military-industrial complex”, which describes the informal alliance between a nation’s military and the defence industry that supplies it. Together these forces become a vested interest, influencing public policy.

Since the 1970s, with the arrival of sweethearts Reagan and Thatcher, this ‘complex’ has come to include the government itself and most media. The new alliance subverts already imperfect democratic processes. Elections have become no more than advertising campaigns. Whereas previously they could be won (at least in theory) by convincing citizens of the worth and rightness of policies, now they are won by sloganeering and fake news. This shift is explored in more detail in such books as Reclaiming The State by Professor William Mitchell and Thomas Fazi and The Courageous State by Richard Murphy.

On the Today programme, this important topic was not given anywhere near enough time to add any detail or allow for a proper discussion. Webb seemed woefully ignorant of this fundamental trend in political history since World War 2, with his only ‘insight’ being to suggest that maybe the “enthusiasm” of the arch anti-democrats, Margaret Thatcher and Tony Blair, was the missing factor in today’s political gang. Is this really what we pay him £245,000 a year for – to not listen to the discussion, but merely end the piece with a thoughtful sounding “mmm”?

Heffernan’s term for our current politics is ‘virtual reality government’. Unfortunately, with the standard of discussion displayed on a regular basis by Today and other BBC offerings, we are saddled with a ‘virtual reality public service broadcaster’ too. The BBC is clearly failing at the first of their list of public purposes, which is to:

“Offer a range and depth of analysis and content not widely available from other United Kingdom news providers, using the highest calibre presenters and journalists, and championing freedom of expression, so that all audiences can engage fully with major local, regional, national, United Kingdom and global issues and participate in the democratic process, at all levels, as active and informed citizens.”

In the battle between democracy and Botox, democracy doesn’t stand a chance.