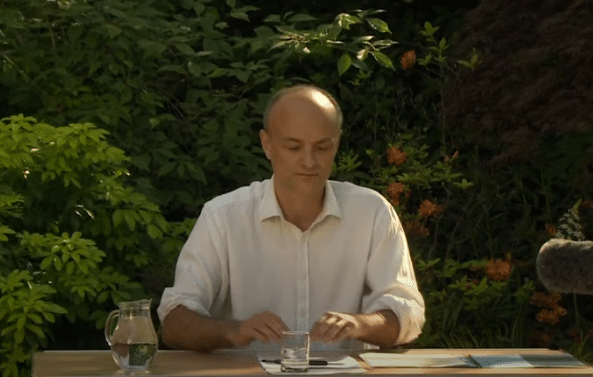 First of all, I’d like to refute some of the blatantly untrue stories circulating about me on social media. Particularly those published on Twitter by supportive cabinet ministers.

I was informed that the prime minister and several other No 10 colleagues had displayed symptoms of Covid-19. Realising the need for calm rationality and fortitude I shot out the front door like a bald, greased stoat and ran home. However on reaching my house my wife, Mary, began retching and complaining of nausea. I was reassured that nothing appeared unusual. Unfortunately, she began projectile vomiting to such an extent she was actually hovering above the floor as though wearing a jet pack. Realising how serious this was I went straight back to work.

The following day I became concerned about my ability to look after my child if Mary continued to spray vomit around like a possessed Catherine Wheel. I decided in the circumstances that the only possible solution was for all three of us to get in a car and drive for 3 and a half hours. It was at this point I first noticed problems with my eyesight. However, it transpired that visibility was reduced as Mary kept vomiting on the windscreen. Luckily, my nameless child was able to wipe it off using my large orange T-shirt.

At this point, I began to experience what I took to be the symptoms of Covid-19. Fever, coughing and going completely blind. Luckily, Mary had now reduced the vomiting to a constant, seeping dribble allowing her to carry out her parental duties with No-Name with only a minimal viral load.

By now, my intense need for selfless public service meant I had to return to my role by the bedside of the prime minister who was essentially brain dead and entirely dependent on others to function.

As a trial run before returning home, due to concerns regarding my blindness, I decided to drive 30 miles with my wife and child relying entirely on smell and taste. Careering wildly back and forth across the road for 15 hours we finally arrived in a small village where we sat by the river whilst Mary mopped up the vomit and I mistook a post box for a Dalek. On the way home, No-Name decided he needed to go to the toilet in the woods. Mary went with him and then, on a whim, after some minutes, I also went. Yes I said the bluebells were pretty to that man. So what?

Using extrasensory perception and intuition, I was aware it would be safe for me to return to work and I did so the following day only to be accused of breaking my own rules about lockdown which I entirely refute. I was unable to read the rules due to having been intermittently blind, without my knowledge or that of the prime minister, in the preceding months.

Ok. That’s your lot. Piss off. No apologies suckers. Call me Got Covid Dom.

Cummings rewrote his pandemic ‘warning’ the day he returned from Durham