What Ho Chums! I must start by saying that today we face the gravest crisis known to mankind in our lifetimes. 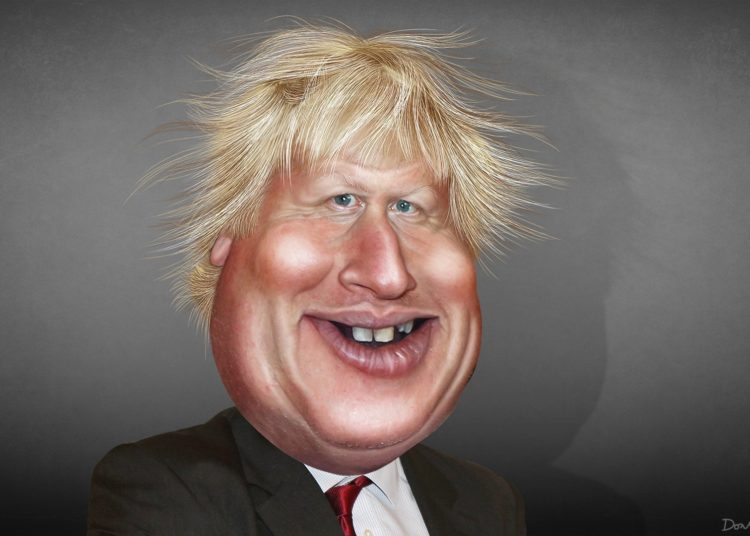 Boris Johnson - Caricature by DonkeyHotey is licensed under CC BY 2.0

What Ho Chums! I must start by saying that today we face the gravest crisis known to mankind in our lifetimes. I know that with the bravery and fortitude of the British people we stand a slim chance of survival in the face of almost certain annihilation. On the other hand I met a really fit Russian violinist. So there is that.

I speak to you tonight as we face a rare and frightful danger. One that is a threat to you, your children, your mater and pater and even your nanny.

It seems this nasty thing has not gone away at all.  Yikes! It’s come back again and it seems we must muster our strongest spunk to defeat it. Much as I have.

When this bad germ appeared we all seemed a bit off for a bit so I suggested that maybe a few days playing hooky would do the job. Cripes! Seems not. Apparently there’s this NHS thing that was all hot and bothered to the point it was about to collapse. Much like Carrie when I told her about that Russian violinist.

So I said (scary voice) YOU MUST STAY AT HOME MY MINIONS and they bought it.  Each and every one but, heavens above, it didn’t work and isn’t the blighter back again like an unwelcome child in my Who’s Who entry . But that’s by the by. It seems not everyone took my advice to stay at home. I went to Perugia.

I must ask you tonight, in a very stern voice, to do nothing at all. In fact, having an after pub party is probably the best way to forget that you’re going to die. Do not go to work. Unless you have to go to work. Then you should go to work.

If you have family forget them. I have. Remember that Britain has survived invasion, the Luftwaffe and me, so far. We can and will survive.