Mid-summer’s eve and the former Australian prime minister’s verdict on UK trade deals couldn’t have been more apt if Bottom had uttered it. 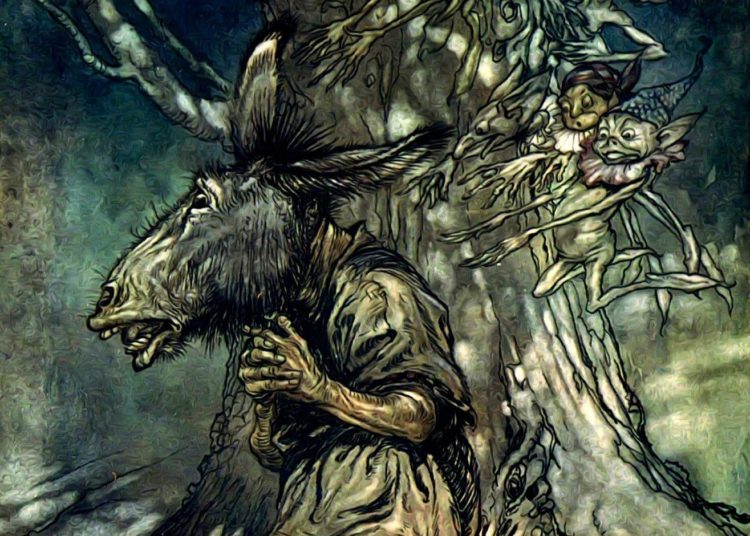 Mid-summer’s eve and the former Australian prime minister’s verdict on UK trade deals couldn’t have been more apt if Bottom had uttered it.

Had Malvolio pranced into a Cabinet meeting cross-gartered, no one would have blinked either. The president of the USA didn’t know the UK had nuclear capabilities. The UK foreign secretary, renowned for not knowing the location of Dover, was absorbed curtseying in a Game of Thrones. Moggconga had placed his footie bets with Paddy Power, moments before Ireland was elected to the UN Security Council. Helen Whateley was dusting the somewhat tarnished photo of the lemonade and crisp-eating former leader of the party William Hague, when Liz Truss dropped by with new crayons for the PM to colour in the Foreign Office’s new letterhead. The Trade Secretary’s capacity for delusion had reached new heights.

Well she wouldn’t be, would she. The Department of Trade and Industry is set to follow the Department for International Development into oblivion as soon as the ractopamined pork burger deals have been signed off in Micronesia and the PM’s air-to-air re-fuelling plane matches his shorts. Airfarce One is “to be monopolised for the pointless purpose of schlepping BJ’s fat arse around (that should limit its range)”, suggested @PhilipCJames.

Dismissing the incompetence at the top of government Gavin Esler agreed. “When did we become a banana republic?” he asked just when the government was trying to convince the masses that bottom-beating Blighty had scored a first with Dexamethasone in reducing Covid-19 mortality (first made in 1957, approved for medical use in 1961, already trialled in Spain to treat acute respiratory distress syndrome).

But MPs were in no mood to look across the Channel. Except, that is, for Mr Gove who decided to open a dialogue with Tory Brexiter Bob Stewart’s French-speaking dogs, and practise a spot of Français in preparation for la visite officielle du Président de la République. Les chiens de M. Stewart MP, alas, were complaining about losing their passeports européens because their papa had voted against freedom of movement. Quel dommage didn’t quite cover Jules’ indignation at being banned from taking his Welsh Springer to Cardiff (@jnchurchill), or student nurses’ fury at their covid pay being stopped.

MPs were being rapidly outwitted by revelations about tax evasion and expense claims relative to the 72 per cent of children growing up in poverty and living in a household where someone works @MargaretGreenwoodMP. When Jo Maugham QC asked whether any of those failed outsourced contracts for £108m given to Seaborne Ferries, Pestfix, and Serco should be dubbed a ‘Grayling’, @peterjukes pointed out that the Serco contact tracers alone cost £108m and at least another £8m had gone:

The New York Times scorned the app as anything but world-beating.

Back at Westminster, the PM’s boy scouts had had enough of playing with nursey’s app during PMQs. It was cocktail hour aboard HMY Britannia and sloping off to the Caymans to test their eyesight was recommended by Mr Raab who wasn’t sure he’d seen the Russian report but was certain there wasn’t anything interesting in it. Besides, Mutti was about to take charge of financing the EU’s recovery by recouping taxes from tax evaders and corporations, digitisation, strengthening the EU’s Centre for Disease Prevention and Control, and investing in climate change with a super-fast four hour train from Berlin to Paris.

She’d been très gentil in sending cher ami Macron over to Affeninsel with the Dummies guide to Charles de Gaulle (the president) versus Charles de Gaulle (the plane hub). Gove niftily stuffed Tim Tams into Iago-the-PM’s-pooch’s purple overnight bag and reassured le monde that part of Britain’s bottom-beating immigration bill included defending the rights of dogs and dumping those of the 3 million. If Larry the No 10 cat wanted to moan about discrimination, he could nip over to Belfast before the border in the Irish Sea closed.