John Cole reviews Ian Dunt's book, How To Be a Liberal. The book stretches back as far as Aristotle to draw a history of liberalism over millennia. 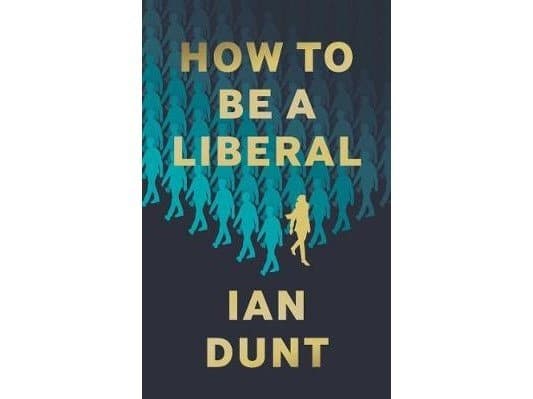 The cover blurb describes Ian Dunt as a political journalist, and so he is – as is our revered prime minister. There, however, the similarity ends. Whereas former colleagues on The Times (from which he was sacked for making up stories) assert that Boris Johnson was the worst journalist they ever employed, partly due to his laziness, Ian Dunt is a model of diligence. His book runs to 448 pages and there are an additional 13 pages of suggested further reading. And it is clear from the text that Dunt has immersed himself in these sources. So his book is no quick ‘pot boiler’.

However, the attraction of this book is not just the diligence of serious background research. The journalist in Dunt means that there is a lightness of touch with the prose so the book is accessible to the point of qualifying as a page-turner.

Dunt is quite happy to deal with the philosophy of liberalism and its development over time, from his starting point with Descartes (although the author does dip back quickly to let Aristotle get a word in edgeways). Over time, a whole succession of thinkers are found to have contributed to the development of liberalism as a political philosophy and Dunt does well to highlight the nuances between one thinker and another.

For me, one of the many strong points of the book is the willingness to fill in some of the background to the lives of these proto-liberals and the world in which they lived. Quite often, and without descending into prurience, Dunt relates something of the active sex lives that many of his subjects seem to have had. There would almost seem to be a rule here: You do not have to have a vigorous sexual history to be a liberal philosopher – but it does help.

So, starting with Descartes and moving on through three revolutions (England 1688, the founding of the USA and the French Revolution), Dunt brings us to the contribution made by Benjamin Constant (something I had not previously appreciated). The chapter on John Stuart Mill is remarkable for the emphasis Dunt gives to the significance of the work of Harriet Taylor, Mill’s collaborator and a woman previously greatly undervalued by many writers. Dunt, to his credit, restores the balance.

Chapter 6 is headed “Death” and takes us into the dark period of the late 19th century, and more especially the period between two world wars that saw the rise of fascism in some countries and the growth of equally highly illiberal communism under Stalin. These had, however, been prefigured by the antisemitism that had been found in France (the Dreyfus case) that was matched also in Tsarist Russia.

Although the period 1945–1975 was one of the Cold War, that period in the West saw the establishment of a new world order (chapter 7). During this period, liberal democratic institutions such as the United Nations, the International Monetary Fund and World Bank – and most especially after 1956, the European Community – were established. In the West, at least this might be seen as the high watermark of liberalism that was crowned in 1989 by the fall of the Berlin Wall and the demolition of Soviet communism.

But what of the last 30 years? In a recent article on ‘The future of liberalism’, Timothy Garton Ash wrote “history has cycles as well as lines, reverses as well as advances … human progress is, in the very best case, only a gradually upward corkscrew trajectory, with downward turns along the way”. Since 1990, we seem to have been in the downward phase of the cycle – reverses rather than advances – a Dark Age for liberalism. Part of the philosophy has morphed, adversely, into the neo-liberalism of the market economy and this helped give us the global financial crash of 2008–10. There has been the growth of identity politics that carries with it the threat of campaigns being based around racial identity, whilst rational political discourse is under threat from post-truth politics. These have all wreaked havoc on liberal values.

Ian Dunt analyses all these recent developments and thankfully remains confident that they can be countered. He himself is clearly a convinced liberal who not only believes that liberal values will triumph in the long run, but also offers advice to each of us as to what we could be doing to help bring about a better world.

It should be clear by now that I unhesitatingly recommend this book as one that is not only informative, but also ultimately uplifting.