Being Irish in Britain comes with identity challenges, particularly around the diversity and tolerance of British culture. 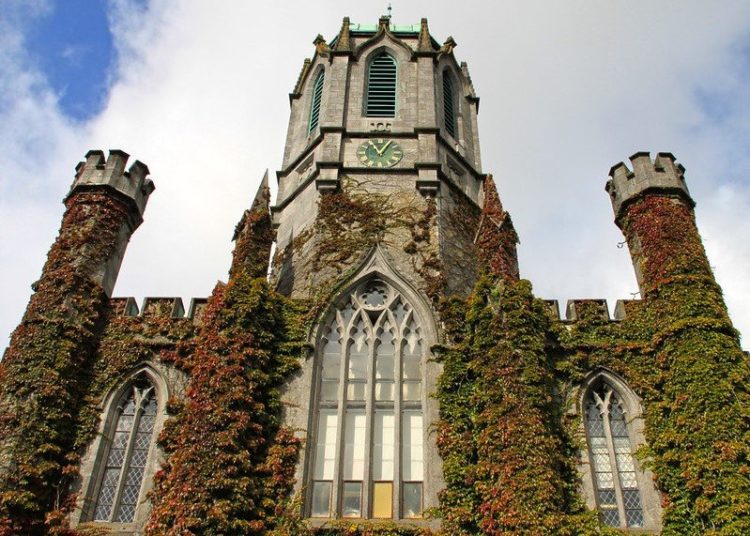 "National University of Galway, Ireland" by martie1swart is licensed under CC BY 2.0

I recently wrote a piece on ‘Being Irish in Britain: The Labour Party, Brexit, and me’, which described how my view of Britain as a liberal, tolerant country has been diminished in recent years.

According to Iain Dale, it was “a bit of a depressing read” but he encouraged people to read it nonetheless. On reflection, while the piece reached some gloomy conclusions about the state of British politics and society, it also reflected some of my positive experiences in Britain.

Two sides to every story: Irish in Britain

What follows is an account of the latter, which attempts to draw out the interplay of Irishness and Britishness in my life.

Even though I’ve been away from home for half my adult life, I still strongly identify with much of Irish culture: the Gaelic Athletic Association, the football and rugby teams, Irish literature and music.

But there were aspects of Irishness that l resisted as a teenager such as the conservatism of the Catholic Church, the inequality between men and women, and the ‘manly’ demands of being a farmer’s son.

Conversely, the diversity and liberality of British culture, as l perceived it through music, sport, and family visits to London and Bath, really appealed to the rebellious me of that time.

The Republic of Ireland has obviously become a more liberal and diverse country in the years since I left. And the UK of my youth had all sorts of inequalities and societal problems that I had little idea about.

Having now lived in three of the constituent parts of the UK over the past 13 years, I’ve been increasingly exposed to the culture of Britishness. The question for me, now, is: has this exposure made me any more receptive to it?

When living and studying in Belfast, my ignorance of the varieties of Protestantism and Irishness was exposed. I knew little about the ways people expressed their Ulster, Northern Irish, and British identities. The northern nationalist sense of alienation from the Republic of Ireland and the British state was also a new notion to me.

It wasn’t until I met people from Presbyterian, Methodist, Baptist, and Catholic backgrounds that my eyes were opened to these realities. Moreover, through my doctoral research on liberal politics and culture in 19th-century Ireland, I discovered that Irish and British identity had long been interchangeable, among Protestants and Catholics.

The interchangeability of Welsh and British identity

Living in Wales made real the interchange of Welsh and British identity. There is no more Welsh feeling than a rugby union match in Cardiff, the Welsh language is widely spoken, and some people obviously feel more Welsh than British.

But speaking to Welsh friends and knocking on doors for the Labour Party made it clear to me that many Welsh people see themselves as much British as Welsh. Teaching a course on family and community history at Cardiff University also revealed that religion, politics, Empire, and the world wars underpin the British identity of many Welsh people.

Home is now in Shipley, West Yorkshire, where the nuances of English and British identity have become more pronounced. In my private life, my children are English/British and my friends mostly identify as English/British in one way or another.

While lecturing at Leeds Beckett University, I taught a course on British national identity, which on the one hand has been shaped by colonisation and the exploitation of people, while on the other hand has been enriched with multiculturalism by virtue of immigrants from various parts of the Empire.

Outside of academia, my involvement in the Labour Party has opened a window into the world of everyday Yorkshireness, Englishness and Britishness. In knocking on people’s doors before elections, it’s possible to gauge a real sense of the diversity of identities.

All these experiences have, in various ways, been something of a culture shock to someone like me who came from an insular, rural community that was, broadly speaking, defined by a conservative, Catholic nationalist culture. Along the way I have discovered the diversity of Britishness, whether that be Irish, Welsh, Scottish, English, Pakistani, Indian, or Jamaican, nonconformist, Catholic, Muslim, Jewish, or Hindu.

But I have also discovered the insularity of Britishness through the often-divisive Brexit debates around immigration and the disinterest in Ireland, North or South. For me, it’s the diversity of Britishness that is its greatest strength. And while I realise that diversity has its challenges, and not everyone necessarily views Britishness in this way, the incorporation of multiple identities is what makes Britishness an attractive form of identity.

Am I now more receptive to British culture?

So, has this exposure to the culture of Britishness made me more receptive to it? Is it possible for someone like me, from a culturally Irish Catholic nationalist background, to feel in any meaningful sense, dare I say it, ‘British’?

I’m not sure what the answer to this question is, but I’m almost certain that the very premise of it would, in some quarters back home, lead to howls of ‘West Brit’, ‘Sassenach’, or ‘Tan’, all of which are derogatory labels given to Irish people who are perceived by other Irish people to be more British than Irish, or not really properly Irish at all.

What I do know for sure, however, is that I’m quite comfortable in my sense of Irishness, in all its farmer boy, lapsed Catholic, and most things Republic of Ireland glory. The liberal changes in Ireland, coupled with the divisive Brexit debates, have made me cleave more to an Irishness that I hoped for in my youth.

Nonetheless, with every passing year, I become more attached to the UK – its institutions, the part of it I live in, my local community, and my friends. I mean, why would you want to live in a country and not feel attached to it? In fact, now that I think of it, this attachment is probably why the recent souring of political debate has, to use the local dialect, boiled my piss so much.

A United Ireland and independent Scotland and Wales

I’m not a monarchist and the Irish nationalist in me means I’m sympathetic to the ideas of Scottish and Welsh independence, as well as a United Ireland. But my varied British experience and emotional attachment to the Labour Party means I have an attachment to the UK. Can it be maintained through a federalised Union, with a codified constitution, and an elected head of state? Maybe, but I need to be convinced.

I’m therefore left with somewhat conflicting identities, loyalties and emotional attachments. My attachment to the UK doesn’t make me any less Irish. I know in my head and my heart I’ll always be Irish, and I still yearn for my home. But the way I have experienced Britishness indicates that I’m open to being both Irish and British.