Baroness Shirley Williams was and is an inspiration for many generations, and part of her legacy will be confronting political dogma. 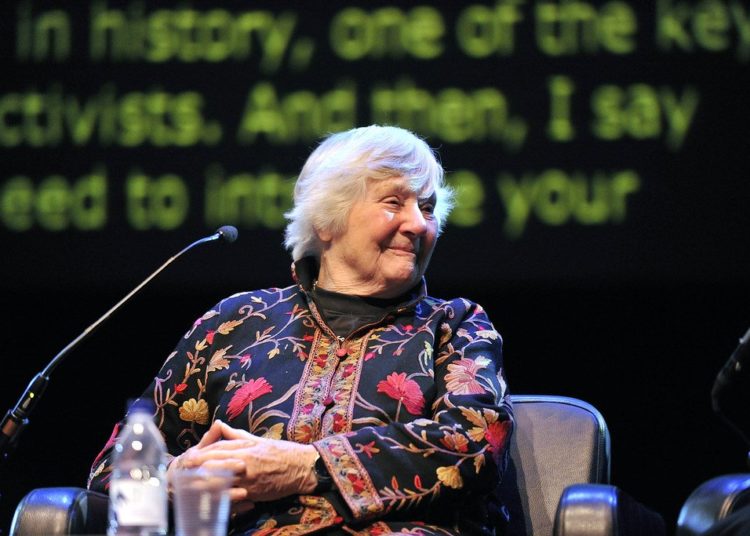 "Women And Power: Baroness Shirley Williams" by Southbank Centre London is licensed under CC BY 2.0

An amazing, warm, humble and generous trailblazer, outspoken democrat and advocate for justice and fairness in politics, Baroness Shirley Williams defined social democracy for the UK. Her good sense and quick grasp of the essence of problems shone through. She was one of those people you could listen to for hours and whose passing leaves the UK the poorer.

Her mother was the feminist and pacifist Vera Brittan, whose view that the largest scope for change lay in men’s attitudes to women, and women’s attitudes to themselves, resonates today. Shirley Williams objected to women being seen as Madonnas or Mary Magdalenes, and had experienced the insidious throttling of gender equality from her time as a young journalist at the Financial Times: only men were allowed to write editorials on economic policy.

She took an equally dim view of unconstrained executive power and the strangling of parliamentary accountability and transparency. As a democrat and centrist open to compromise and cooperation, her wisdom and humanity inspired generations to look for a better way of doing politics. Dogma stifled reason as far as she was concerned.

So it was not surprising that a few years ago, when Green MP and firebrand Caroline Lucas mused on what a cabinet of women politicians might do for promoting harmony and common sense, calling Shirley Williams out of retirement was applauded.

She had the reputation of confronting dogma with reason and standing up for democracy. She was first elected to the House of Commons as Labour MP for Hitchin in 1964, and retired from political life in 2016 after leading the Liberal Democrats in the House of Lords.

An internationalist, pro-EU and pro-democracy

She was an internationalist and fervently pro-EU. She joined over 100 Labour MPs in opposing Harold Wilson and Labour’s left wing, when she signed a declaration in favour of UK membership of the then European Economic Community. As far as she was concerned, the UK was a few miles away from the continent and that geopolitical fact had consequences for trade, cooperation, defence and working together.

In 1979, after the winter of discontent, she lost her seat and the Conservatives came to power. Her views diverged increasingly on defence and EU issues from those of the divided Labour Party. Two years later, she left Labour with David Owen, Bill Rodgers and Roy Jenkins (the only British president of the EU Commission). Together they formed the ‘gang of four’ and founded the Social Democratic Party.

In 1983, it won 25 percent of the vote in an electoral alliance with the Liberal Party. However, the unrepresentative nature of the UK’s first past the post electoral system meant they were allocated only 23 seats. The two parties merged to create the Social and Liberal Democrats, later renamed Liberal Democrats in October 1989.

Shirley Williams never shied away from challenging the government

As a peer she took the government to task over justice, democracy and, of course, Europe. A passionate and firm believer in the good that working together in Europe could do for ordinary people, she never shied away from fiercely criticising the EU when criticism was needed to reform it. Nor did she let the purveyors of lies and fanciful nonsense about EU regulations on bendy bananas off the hook.

She warned repeatedly and clearly about the failure of the Conservative government to do its homework on Europe, on Northern Ireland and the predictable economic losses to the UK of leaving the EU and lying about the alleged benefits of being outside it.

We have lost a champion of reason and calm criticism at a time when we most need one.

How, one wonders, would she view today’s news of renewed male control of television, reckless government action on Northern Ireland, international treaty breaking, cynical attacks on parliamentary authority, and belligerent and implausible positions on trade and everything European, and women bearing the brunt of the challenges imposed by covid?