To mark Black History Month, Alison Hammond travelled across the country to dig for notable black British figures from our past. 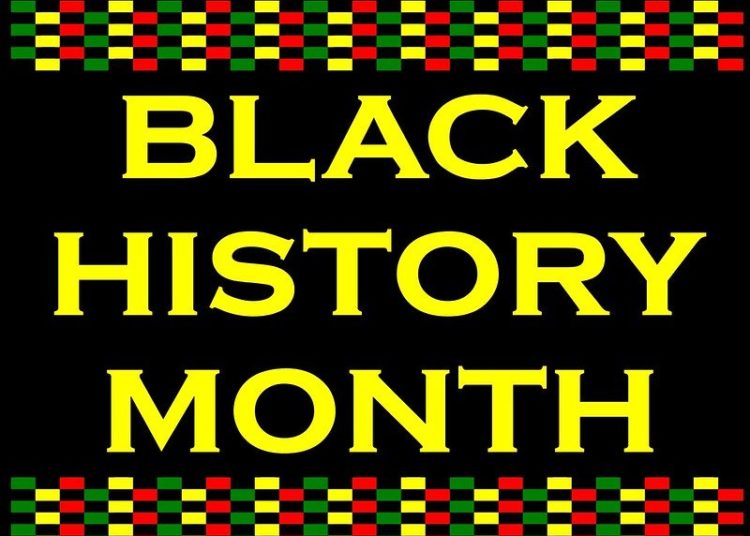 Black History Month by Enokson is licensed under CC BY-NC-ND 2.0

Alison Hammond has been making the British nation laugh with her charming, humorous personality and Brummie tones on ITV’s This Morning for 17 years. But inspired by the appalling tragedy of George Floyd’s death on 25 May 2020, and the acceleration of the Black Lives Matter movement across the globe, she decided to put her talents to use in a different, more serious direction.

To mark Black History Month, the magazine-show presenter travelled across the country to dig for notable black British figures from our past. In her debut documentary, ‘Alison Hammond: Back to School’, shown on ITV on 5 October, she revealed the stories of these brave, inspirational people, many of whom have been ignored by history and largely forgotten.

Talking to Holly Willoughby and Philip Schofield on 2 June, Alison explained that the coverage of George Floyd’s death had deeply affected her. She was struck by the fact that when a white person dies, we see images of when they were happy and alive. In contrast, the repeated showings of George Floyd’s dying moments had “disgusted her to her core”. As she told the programme, “I saw my brothers, my Father, my son … It hurts me to the pit of my stomach to think this is 2020 and we’re seeing that”.

This awful event underlined for Alison the importance of the Black Lives Matter movement and sparked an interest in exploring black lives in British history. She began by going back to a school in Dagenham to a secondary level history class, where the children struggled to name any black figures in British history. This is not surprising, since, despite the UK having a large population of people of African and Caribbean heritage, almost the only aspect of related cultural background included in the national curriculum is the topic of slavery. Alison decided to seek out the positive stories of black British history, to fill in the blanks for students such as these, as well as for herself.

One of Alison’s discoveries was that Roman Britain was surprisingly diverse and indeed one of its most prominent figures was African: the Libyan born Roman Emperor Septimius Severus (described by Alison as a ‘hottie’!), who brought his enormous army of 570,000 soldiers to Yorkshire, with the ambition of conquering Scotland. This was one of the largest campaigns Britain had ever seen but his plan was thwarted due to a fatal illness and he died in 211AD in Eboracum – modern day York – which became a provincial capital and cultural hub under his rule.

How has this powerful part of black British history slipped past us under our noses? In part because, although there is a bust of Severus in the British museum, it is cut from alabaster stone, thus disguising his ethnic origin.

There is plenty of evidence that, as an African in Roman Britain, Severus wasn’t alone. An archaeological exploration of a Roman garrison by Hadrian’s Wall in Northumberland revealed that Severus had set up a refugee camp there for civilians escaping attacks from Scotland. The archaeologists discovered signs of a strong North African presence at the site, for example the body of a buried African child, and pottery decorated with North African designs.

A tapestry in Hampton Court Palace gave rise to Alison’s discovery of another interesting, forgotten character, one of the earliest recorded black people in Britain after the Roman Empire. A long piece of tapestry, dated around 1520, depicts the celebratory scene of a procession for Catherine of Aragon’s coronation in 1511. Amongst the musicians, dressed in fine clothes complete with a ring on his finger, was a black trumpet player named John Blanke. We know from the evidence of a letter, signed by Henry VIII and agreeing to a request by Blanke, that he had written to the King asking for higher wages, as he was paid less than his fellow white musicians at the palace. The inspiring stand taken by John Blanke was only brought to light for the programme thanks to Alison’s conversation with a historian, as neither the tapestry nor the letter is on display.

Towards the end of her documentary, Alison uncovered a further example of how black history has been hidden from view.  She took us to Brixton’s Windrush Square’s war memorial to the Caribbean and British Commonwealth soldiers who fought in both World Wars. The noteworthy thing is that there are no names carved on the memorial and therefore no record of the actual people who fought and died. We were also reminded that in films and photographs of the war there are usually only white faces to be seen, allowing people to forget the important contribution made by black soldiers.

Alison also met family members of Walter Tull. In his short life of 29 years, Walter achieved status not only as one of the first black professional footballers, playing for Tottenham Hotspur from 1909, but also, during World War I, in which he sadly died, as the first black officer in the Royal Navy. He was met with resistance in his role as a black officer, but is now recognised as the brave embodiment of the Spurs motto, ‘To dare is to do’.

She then met a pilgrimage group at the gravesite of Mary Seacole, a British-Jamaican healer who helped to nurse soldiers in the Crimea despite her knowledge being rejected by the War Office. She refused to stay home, so travelled there herself and improved medical facilities. Although Seacole is in fact on the ‘medicine through time’ syllabus for GCSE history, her important contribution is much less celebrated than that of the more famous Florence Nightingale.

In revealing these stories, Alison Hammond was the ideal guide. Her warm personality, her interest in people, and her lightness of touch made a serious subject very accessible and engaging. White British viewers will have reflected on how it must feel, as a black person, to have your history unrepresented at school and hidden from the historical record. Black viewers may have felt as moved as Alison clearly was to hear, perhaps for the first time, about the stories and achievements she uncovered. I certainly was.

These are, of course, just the tip of the iceberg; there is a wealth of black British history waiting to be explored. It is to be hoped that the excellent reviews Alison received for her documentary will ensure that she is given further such opportunities. As she said herself, “Move over Louis Theroux – there’s a new girl in town!”

It's time for the North to take back control