After the click-and-collect school of government had run out of bait, it was perhaps unsurprising that the blancmange-like prime minister claimed to have been inspired by an email about bubbles from a constituent. 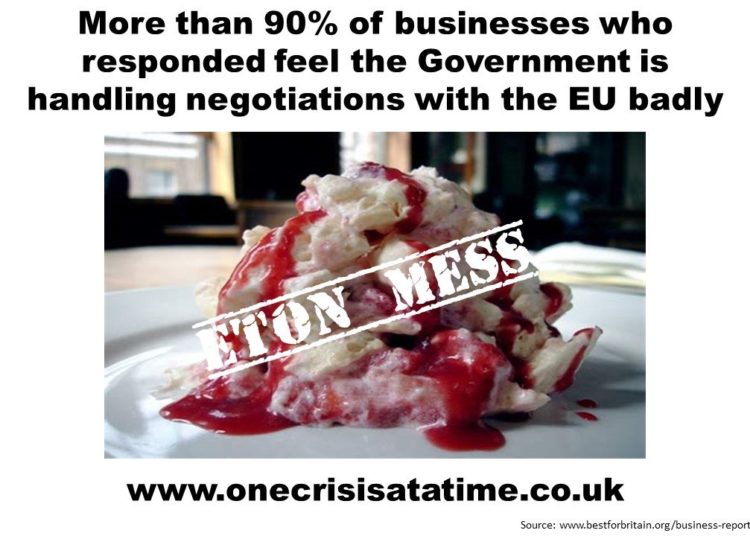 And a very blasé tiger in the tank.

After the click-and-collect school of government had run out of bait, it was perhaps unsurprising that the blancmange-like prime minister claimed to have been inspired by an email about bubbles from a constituent. Wedded to his ear-buds and never one to ponder risk and impact assessments, he had been deaf to the scientific evidence of containing covid by testing clusters and creating social bubbles.

Everything was spiffing, until Marcus Rashford and Keir Starmer got on his nerves about free school meals, demanding #MaketheUturn, and that was before he’d seen the New Zealand Herald’s story on the UK petition for him to declare war on New Zealand and ‘then immediately surrender’ so Jacinda Ardern could take over.

England was fast approximating that episode of The Windsors where Charles and Camilla spun euphorically over being crowned king and queen of the US of A, before Wills had his epiphany. Saving granny’s crown jewels would be a valiant gesture. Indeed, England’s demented government might even share Will’s enthusiasm for the Tower of London, given the loud presumptuousness of the Celts.

The PM had brazened out his e-meeting with the EU by doing a David Davis: presenting nothing but hot air and courting catastrophe by design (Finn McRedmond, Irish Times 12 June). He’d even put a tiger in the tank. But the natives were getting restless.

Never mind, the sun was shining and Hadrian’s Wall was more or less intact and the government had slyly outsourced England’s sovereign control of its borders to Ireland and the rest of the EU. The PM’s inner sailor had been released: by not wasting land on customs controls in Blighty’s major docks, instead more boats could decant their booty on the shores of Essex and Suffolk. Humberside’s ro-ro to Zeebrugge had already given up crossing the North Sea and so far there hadn’t been a peasants’ revolt. The sons of the sea could sing ‘Bobbing up and down like this’* with the gusto of their music-hall loving ancestors in 1897.

They had still to realise that losing their burgundy passports meant losing their EU rights. If the beastly EU rejected air-bridges, the PM wasn’t to blame. Nor will he accept blame when roaming charges hit anyone foolish enough to skip abroad instead of holidaying in Clacton or Skegness. The plebs had never appreciated the EU whereas his mates had grabbed the riches gifted by EU membership and there for the taking. In a Eureka moment, the quivering blancmange hit on relaxing covid rules to quell the tartan army, their Gaelic cheerleaders and their riverdancing chums on the island of Ireland: fiddling with re-starting the ceilidh season was long overdue. A leprechaun had told him so when he’d kissed the Blarney Stone.

The trouble was he’d deleted Fascinating Aida’s ‘We’re so sorry Scotland’ from his playlist and the querulous first minister wanted an explanation. He fervently wished she and the red-wall pollsters at Best for Britain would ‘Stay Home’ and stop interrupting his R&R watching Celebrity Gogglebox. As for those pesky MEPs egging them on with their leaks about vetoing UK trade deals lacking safeguards, they could jump in a lake and take the Remainiacs Podcast with them:

Tweeters quickly disabused him. The world-class UK death toll was owned by England:

The Celts were besting Boris yet again. The English, said @peterjukes, had the worst chance of dying from covid in the world: the PM’s death rate per million was second to none (European CDC situation update worldwide 12 June). And UK data suggested social care Covid-19 crises had led to a 37 per cent increase in elder abuse. By topping Europe’s rankings in both death tolls and economic damage, the UK had created ‘Britain’s disease’:

With unparalleled insouciance, the blasé blancmange strutted out to con the public into believing that covid, not his cynical policies, caused and was to blame for both the impending worst economic crash and recession in 300 years and for a winter of entirely avoidable food rationing. This time, however, Marcus Rashford was about to kick him into touch. The PM was, and is, entirely to blame for defiling our health and wellbeing, annihilating the UK’s international standing, and vandalising the economy and what remains of the Union.