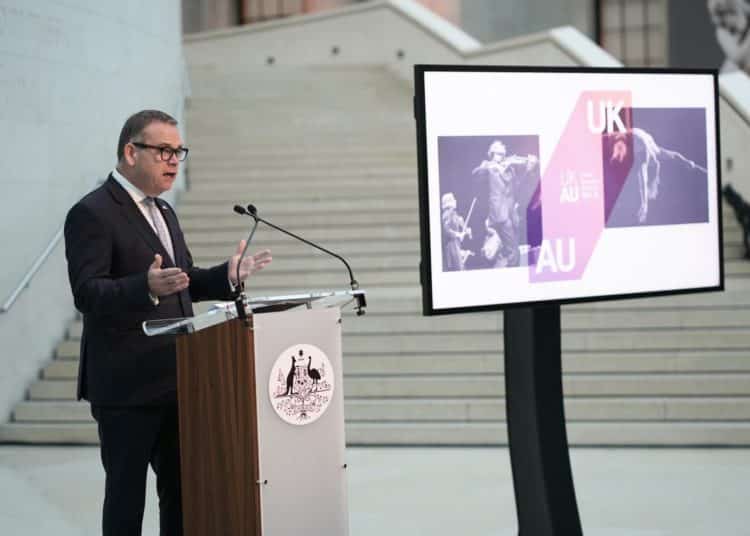 Nigel Adams, MP for Selby and Ainsty, told the well known parliamentary protester Steve Bray to f**k off in an exchange that seems to reflect the face of modern Britain.

The unparliamentary language was caught on video as the two walked together in Parliament Square alongside the House of Commons.

Nigel Adams Tory MP not happy to answer some questions… tells me to fuck off & calls Sylvia a numpty. He also calls me Dave… a far right myth. #BrexitTax pic.twitter.com/OsZyufyuqj

Steve Bray, a familiar sight on College Green since the Brexit referendum, has gained notoriety and is something of a love-hate figure for politicians.  He tells Adams, “We elect people like you. So we’re going to hold you to account”.

The minister replies, “Why don’t you talk to your MP and fuck off?”

At the end he departs, telling Mr Bray once more to “F**k Off.”

Throughout the exchange Nigel Adams refers to Bray as Dave, apparently a name that far right groups use to describe the anti-Brexit campaigner who hails from Port Talbot in Wales, some distance from Mr Adams’ Yorkshire constituency. 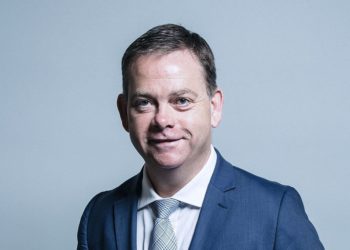 Adams, minister of state for Asia at the Foreign and Commonwealth Office, and long-time supporter of the prime minister, was elected MP for Selby in 2010 and coincidentally was first appointed as a minister at the Department for Digital, Culture, Media and Sport the day after Johnson first entered Downing Street in July 2019.

He was parliamentary under-secretary of state at the Wales Office and assistant government whip from November 2018 to April 2019.

As an MP he received more than £62,000 from the biomass industry while championing its use at Drax power station and lamenting the closure of Kellingley colliery with the loss of 450 jobs, which he blamed on the EU.

Adams continues to employ his wife Claire as part-time office manager, despite a ruling by the Independent Parliamentary Standards Authority in 2017 that “the employment of ‘connected parties’ is out of step with modern employment practice, which requires fair and open recruitment to encourage diversity in the workplace”.

A spokesman for Mr Adams said his remarks “no doubt reflect those of many democratic representatives trying to deliver on the will of the people.”

It is not clear how many other democratic representatives use four-letter words to tell their constituents to leave.