Andy Brown explains the importance of looking after the environment in preventing future pandemics like Covid-19, and the steps governments around the world could take to stop zoonotic diseases. 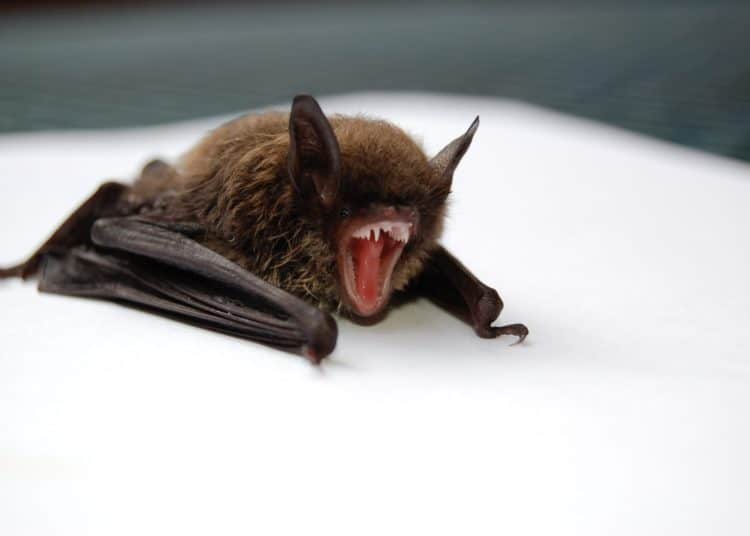 Photo by Todd Cravens on Unsplash

For those living in Yorkshire, the coronavirus pandemic has been the single most impactful event of the past 18 months. And yet its origins were in neither Leeds nor Sheffield, nor even in London or Brussels. The cause of this historic affair is most likely to have happened in Wuhan, China.

It is astonishing when you dwell on it. A minute organism existed for millions of years inside a host animal that had high levels of resistance to it. The organism most likely never came into contact with humans, and, if it did, the affected humans rarely travelled. So, humanity remained completely safe from infection by it. Then suddenly, in the early part of the 21st century, the organism jumped species. In the case of Covid-19, science predicts that the host was a bat.

Some are tempted to believe that the organism jumped to humans because a careless scientist in a laboratory was interfering and playing with viruses. Unsurprisingly, as with many significant events, some even believe that it was a deliberate conspiracy. In troublesome times like these, such theories have a dangerous tendency to convince the masses.

But it’s important to look for the simplest, most rational, and realistic explanation. In this case, fingers are pointed to the food markets in China, where caged, wild animals are sold and consumed. When wild animals from different habitats are placed alongside each other, ample opportunity is created for viruses to jump species. All for the sake of dubious banquets for prestigious officials.

Humanity would be wise to avoid caged animal markets

If that wasn’t the cause of all the misery of the past year, then at the very least it’s important to highlight the fact that such practices continue to create rare but extreme risks that humanity would be wise to avoid. We are exposing ourselves to potential transmissions of deadly new viruses by the corrupt practices of a small number of very privileged officials from China and South East Asia.

For many years, scientists have predicted that the world would soon be subjected to another pandemic. Most likely, they warned, was an outbreak of a new strain of flu passed from chickens and ducks to humans. Serious risks are also continually arising from the cutting down of rainforests and destruction of wildlife habitats; humanity is being brought into more frequent contact with previously isolated species, and their diseases.

The recipe for disaster was completed with increased mass air travel, when the new human virus was transported around the world, and our lives were thrown into danger.

The pandemic will be with us permanently

Naturally, the public now wants to believe that the wave of infection is over and that our lives can return to normal. The harsh reality though, as health experts have warned, is that once a virus has jumped from one host animal to another, it has demonstrated a high degree of ability to mutate and will continually change and re-emerge. This means it is virtually impossible to destroy.

Yorkshire, and the rest of the world, will never be entirely safe from infection of this virus. Realistically, the only safe thing that can be done is limiting the scale and impact of outbreaks and improving the treatment of patients. Vaccines help with this, and so does an effective system of testing, tracing and isolating cases, thus preventing fresh waves of new strains from spreading. In the UK the government has prioritised the former over the latter.

Because pandemics are so hard to stop, it becomes incredibly important that we consider and determine what can be done to prevent the outbreak of another pandemic. Boris Johnson’s government is claiming to follow a strategy of noticing early warning signs so that preventative measures can be taken early. That is, of course, a good idea. But alone, it is not nearly enough. It would also help if the government had actually followed that strategy when it came to the Kent variant or the Indian variant.

If mistreating wildlife exposes human beings to contact with new viruses, then the most important preventative action is not an early warning system. It is to stop mistreating wildlife. It is to stop cutting down rainforests to bring humans into close contact with new species. It is to ban the international trafficking of live wild animals and to heavily control movements of other species like ducks and chickens.

Recently, the UK government has engaged in a range of difficult conversations with Chinese officials – about the mistreatment (and genocide) of Uighars and Tibetans, about sabre rattling in the South China Sea, the stealing intellectual property rights, and the dumping of exports. These are serious issues for which China must be held accountable. The Chinese policymakers should, however, also be applauded for their achievements in economic development, population control and in beginning to act on some of its severe environmental problems.

International silence on the cause of the pandemic

Yet on the issue that has had the most impact worldwide, there has been a strange silence. Unless moves are made to stop the trafficking of wildlife and to ban its sale across China and South East Asia, pandemics will continue to emerge. The next may possibly be more severe than Covid-19.

Why isn’t this issue top of the list of all discussions in international forums right now? We seem to have collectively been lured into the illusion that the pandemic was the product of bad luck, and that nothing much can be done to prevent the repeat of similar medical emergencies. Rarely has an illusion been more dangerous.

The safety of everyone depends on the health of the environment. It is time our government started acting on that simple truth.