The world moved a step closer to a free-for-all in international trade as Robert Azevedo, World Trade Organisation (WTO) director general,  announces he plans to quit with over a year to go on his four-year contract. 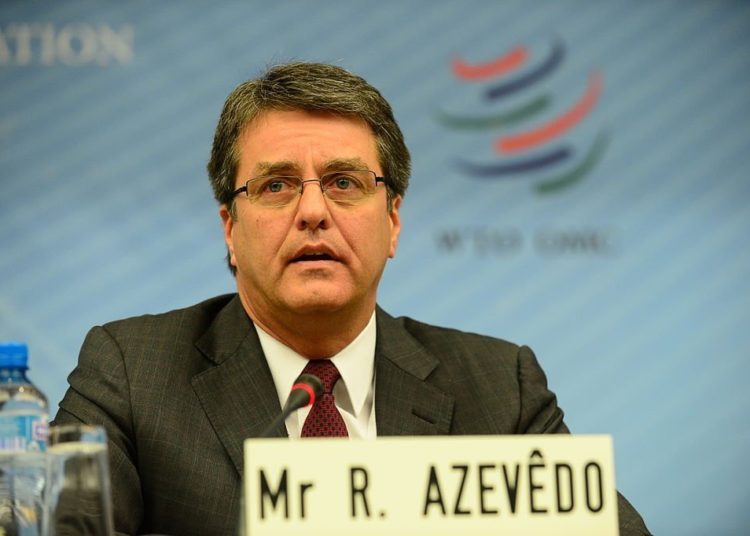 The world moved a step closer to a free-for-all in international trade as Robert Azevedo, World Trade Organisation (WTO) director general,  announces he plans to quit with over a year to go on his four-year contract. It’s the latest in a series of crises to hit the organisation in the past year. Reuters describes the WTO as being “already on the brink.”

In December, the USA blocked new appointments to the seven-member adjudication panel, which rules on disputes between nations. This paralysed the appeals function.  And this is in the middle of arguments over its budget, the cancellation of a scheduled ministerial conference and some members edging towards unilateral trade action that contravenes WTO principles, according to reports.

As if that wasn’t enough, in America a Bill was introduced in the House of Representatives, to begin a process that would see the total withdrawal of the USA from the WTO, a blow from which it’s hard to see a recovery. The Bill comes from the Democrats and follows a similar resolution in the Senate by a Republican. It enjoys cross-party support.

Mr Azevedo’s resignation is expected to fire the starting pistol on a race to find a replacement that is likely to take some time and create more division. Even then the US or other members could block some or all of the candidates.

The Brazilian told an interviewer, “It’s the best thing for me, my family and the organization,” adding that it’s not for health reasons or other political ambitions.

“We are doing nothing now – no negotiations, everything is stuck. There’s nothing happening in terms of regular work.”

This comes as Britain prepares to leave the EU and take its place at the Geneva-based WTO as an independent member; the organisation itself moribund and under threat like never before.

To add to Britain’s post-Brexit trade woes, the UN calculated this week that global trade is expected to fall by an unprecedented 27 per cent this year.

With the USA and China sounding increasingly belligerent on a trade war the prospects for Britain’s exporters after our exit from the EU in January next year seem bleak.