Unprecedented hunger looms for the world’s poorest as a barrage of crises - not least, the war in Ukraine - threaten the global food supply 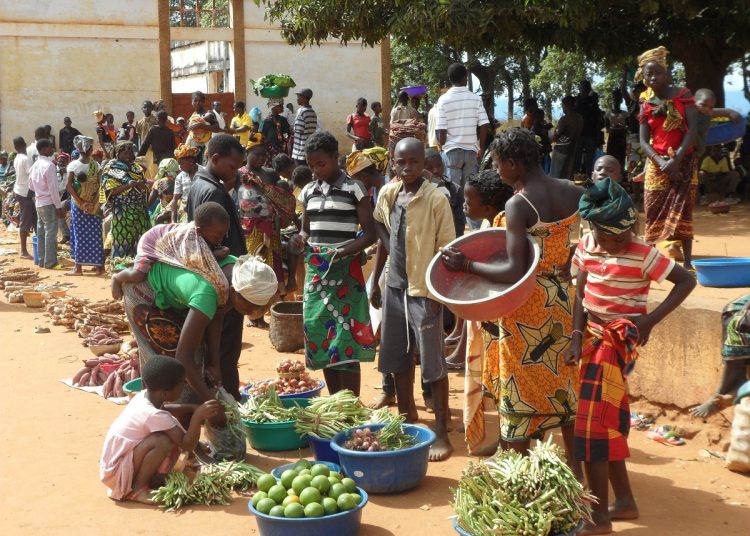 In a story that currently seems to have escaped much of the British media, a United Nations report on the ‘State Of Food Security And Nutrition In The World’ has just been released. Published this month, the report presents an alarming analysis based on 2021 data and reveals grim statistics that “should dispel any lingering doubts that the world is moving backwards in its efforts to end hunger, food insecurity and malnutrition in all its forms”.

Hunger in the world has risen sharply in the past year. According to the report, as many as 828 million people were affected by hunger in 2021, equating to some 10.5 % of the world’s population – 46 million more than in the previous year. An estimated 2.3 billion people have had moderate to acute problems getting enough food. This heralds an unprecedented and startling rise, as the figures had remained relatively unchanged since 2015.

The prevalence of undernourishment jumped from 8.0% in 2019 to around 9.3% in 2020 and continued to rise in 2021 – though at a slower pace – to around 9.8%. The figures for children are even more alarming with an estimated 45 million children under the age of five suffering from wasting as of 2021. Child wasting – the deadliest form of malnutrition – results from insufficient nutrient intake and poor nutrient absorption, leading the most vulnerable of children to become dangerously thin with weakened immunity and a much higher risk of mortality.

The World Bank has concluded that, “Record-high food prices have triggered a global crisis that will drive millions more into extreme poverty, magnifying hunger and malnutrition while threatening to erase hard-won gains in development”.

The UN highlights significant disparities between the nations of the world, with Africa bearing the heaviest burden in the increase in global hunger in 2021. This is a stark reflection of exacerbated inequalities across and within countries – largely due to an unequal pattern of economic recovery and unrecovered income losses amongst those most affected by the Covid-19 pandemic.

“One in five people in Africa (20.2 percent of the population) was facing hunger in 2021, compared to 9.1 percent in Asia, 8.6 percent in Latin America and the Caribbean, 5.8 percent in Oceania and less than 2.5 percent in North America and Europe.”

The world is faltering in its quest to end hunger by 2030, a key plank in the UN’s sustainable development goals agenda. Even if the global economy recovers, the UN still expects 670 million hungry people by 2030. The World Bank underlines that “a major challenge will be access to fertilisers which may impact food production across many crops in different regions”, resulting in serious problems with locally grown crops. Severest outcomes predicted as the war in Ukraine intensifies

The situation was already serious before the Ukraine war, but with supply chains disrupted as a result of the conflict, the costs of grain, fertilisers and energy supply have risen drastically. Prior to the war, Ukraine and Russia together accounted for almost a third of the world’s wheat and barley exports and half of its sunflower oil. Russia and its ally Belarus, meanwhile, are the world’s No. 2 and 3 producers of potash, a key ingredient of fertiliser.

Speaking in April of this year Juergen Voegele, vice president for sustainable development at the World Bank, said “Conflicts are a big driver of acute food insecurity. Acute food insecurity is horrible because it really puts people at immediate risk”.

When asked which countries and regions would be most affected, he replied:

“Countries with high wheat imports from Ukraine or Russia are at highest immediate risk, especially those that were still awaiting shipments for the second half of the year – such as Egypt, Turkey, Bangladesh, and Iran, but also Lebanon, Tunisia, Yemen, Libya, and Pakistan. It’s the countries in the region. Middle East and North Africa (MENA) countries depend on wheat from the Black Sea region for geographic reasons – the ships only have to cross the Mediterranean. And wheat is a staple in that region’s diets.

“This also threatens humanitarian operations in MENA since the World Food Programme depends on this wheat. So, the compounding shock of the war in Ukraine may cause severe outcomes for vulnerable people in several countries if humanitarian and development assistance are not scaled up. Again and again, whenever we have a crisis, it is the poor who suffer the most.”

Immediate action must be taken to prevent an unprecedented catastrophe

Due to conflicts, climate change and the economic consequences of the pandemic, overlapping crises are currently intensifying. Millions of people are ‘chronically malnourished’. In May this year the World Bank announced actions it planned to take as part of a comprehensive, global response to the ongoing food security crisis, with up to $30bn to be invested in existing and new projects in areas such as agriculture, nutrition, social protection, water and irrigation. The financing includes efforts to encourage food and fertiliser production, enhance food systems, facilitate greater trade, and support vulnerable households and producers.

Whatever action is taken however, needs to be taken now. World Food Programme chief David Beasley issued a warning of a potentially devastating scenario when he indicated that without immediate action:

“The food, fuel and fertilisers crisis heightened by the war in Ukraine, could lead to famine, and result in global destabilization, starvation, and mass migration on an unprecedented scale. We have to act today to avert this looming catastrophe.”