Kerry Pearson writes about the necessity of vaccine multilateralism to not only help other countries with the pandemic, but to allow the world to move away from Covid-19. 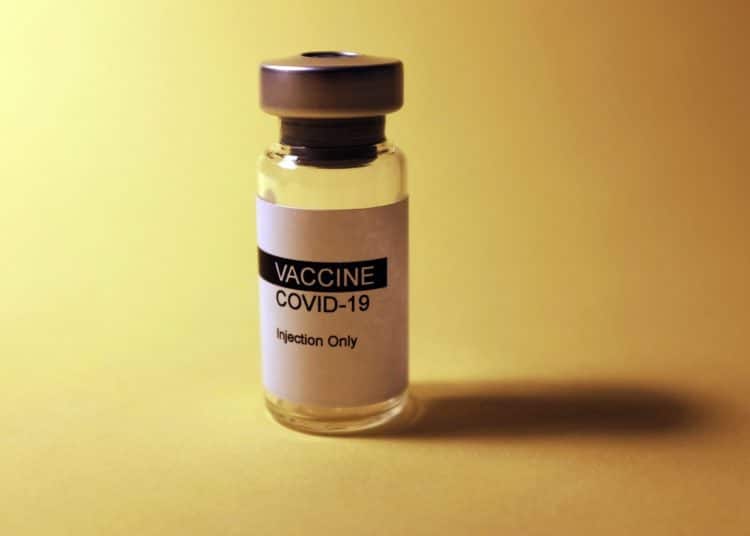 The past 18 months have exposed the world to an extraordinary challenge with unprecedented setbacks and devastating social and economic repercussions that have forced us to look at new ways of living. Fortunately, we have done much learning and the pace at which the world has gained scientific knowledge about Covid-19 has enabled the development of effective vaccines, which offer a glimpse of light at the end of the tunnel.

As yet no vaccine multilateralism

And yet, this scientific feat has not been matched by a commensurate effort in international cooperation and solidarity to ensure equitable global distribution of these live-saving vaccines. Instead, vaccine distribution has been grossly inequitable, resulting in terrible consequences for the enjoyment of human rights, such as the rights to health and to life, particularly in low-income countries.

Of the 1.8 billion vaccines administered around the world, just 0.4 percent have been in low-income states, which explains the recent surge of infections in the world’s poorest countries and underlines once more the need, as repeatedly emphasised by World Health Organization (WHO) director-general, Tedros Adhanom Ghebreyesus, to ensure equitable vaccine access and distribution. Vaccine nationalism must give way to vaccine multilateralism that privileges increased global vaccine production, removal of export barriers, upscaling of COVAX (the joint body of WHO, the Center for Epidemic Preparedness and Innovation, Gavi, the Vaccine Alliance and UNICEF), and the sharing of excess vaccines.

‘We are all in this together’, the slogan for the United Nation’s Covid-19 approach, fundamentally explains the meaning of ‘multilateralism’: for all states to cooperate. But a representative for Amnesty International, Rajat Khosla, points out that in reality, we are not all in this together. Covid-19 has highlighted and exacerbated health and social inequalities, while bringing to the fore the deficiencies in international cooperation.

This disparity and injustice is demonstrated in the fact that in May 2020, G7 countries were vaccinating their populations (collectively 750.47 million people) at a rate of 4.5–6 million people per day, while low-income states (a combined population of over 700 million) were only able to deliver 63,000 shots in arms per day.

In this regard, the attempts by states to provide low-income countries with vaccines have been stunted by slow manufacturing, delayed delivery, and regrettably, a lack of the same fervour for helping others as was applied for vaccinating their own populations. A knee-jerk reaction to the pandemic has meant national concerns were prioritised over the good of the international community.

At a glance, the vaccine rollout in the UK has been seamless. By adopting a ‘go it alone’ method, more than 46 million people have had at least one dose of the vaccine. Here, vaccines have been perceived as a public good, but not a global public good. This was first demonstrated when vaccines were initially being developed, with the UK’s approach to the EU. The UK government was accused by Charles Michel, the president of the European Council, of imposing a ban on the export of vaccines and vaccine components.

Despite the prime minister refuting these allegations, the UK has in fact introduced regulations that prohibit ‘parallel exporting’, meaning wholesalers cannot stockpile or export medical drugs for financial gain that were destined for the UK. On top of this, the UK was the first country to sign a contract with AstraZeneca, which means the pharmaceutical company must supply Britain first.
Vaccine nationalism in the UK and other high-income states has meant that younger people – who are at less risk of disease, according to WHO – have already been vaccinated. Assistant director of WHO, Mariangela Simao, questions whether there is really a scarcity of vaccines, given that in developed nations, just three billion doses have been administered, which is 60 times more than in less-developed states.

The slogan ‘no one is safe until we are all safe’ has been supported and affirmed by many countries over the past year, but what does the statement really mean?

Dr Simao of WHO points out that since Covid-19 is “a new virus; we are learning as we go forward and learning about how best to respond”. State proposals of herd immunity have historically only been achieved through the use of vaccines, and are only effective when all local communities are immune; we are not yet at this point. As long as viruses circulate in communities they will mutate, and each new mutation poses a significant risk to overcoming this global pandemic. Thus, the ‘me-first’ approach that the UK and others have implemented, will not translate into success. Rather, equitable access to vaccines is essential.

To transform words into actions, states must provide concrete support that addresses the root causes of vaccine inequality. Certain states, such as India and South Africa, have made pleas to the WTO to temporarily waive intellectual property rights on Covid-19 vaccines, a request that has since been endorsed by President Biden in a step towards vaccine multilateralism.

While intellectual property waivers are certainly effective in tackling vaccine nationalism, the benefits would not be immediate due to manufacturing requirements involving scarce raw materials, a specialised workforce, and new infrastructure and technology. Other options must also be pursued, in addition to waivers, to better encourage vaccine multilateralism.

A positive example of international cooperation can be found in the COVAX initiative, which is working to ensure a fairer global distribution of vaccines and has so far shipped over 135 million doses. While this is an impressive figure, there is more work to be done. COVAX first needs to fine-tune the structure of the mechanism, and then acquire more funds. Last year, a lack of sufficient funds led to 130 million AstraZeneca doses not being delivered to India, causing catastrophic impacts on health and health systems.

The EU has been a leading donor of vaccines during the pandemic, and a key player in vaccine multilateralism. They have supported international efforts by donating 3.2 billion euros to COVAX. To add to this, the EU has also assisted its partners in achieving ‘universal health coverage’, and has supported states with technical assistance to set up vaccine manufacturing capacity.

The United States has pledged to purchase and donate 500 million doses worldwide through the COVAX system, and millions of dollars have already been offered in assistance to low-income states, where there are ‘no strings attached’, meaning the US do not ask for ‘favours’ or concessions in return.
In addition to vaccines, the sharing of information has also proved invaluable, as seen with the distribution of information on Covid-19 variants. Dr Simao suggests that this enables states to keep a ‘real time track’ on the virus. However, vaccine sharing has not been done in the same timely manner, she lamented.

Despite high numbers of Brits, Americans, and Europeans receiving their first and second vaccine doses, and the UK government lifting all restrictions, the pandemic is far from over. High-income, developed countries must play their part to ensure all people around the world are safe from the virus. Until then, variants will continue to emerge, the health and wealth gap between nations will grow, and all countries will remain on their knees.