As often happens with military operations in a dictatorship, failure to consult and consider all the issues before any attack, has resulted in major problems 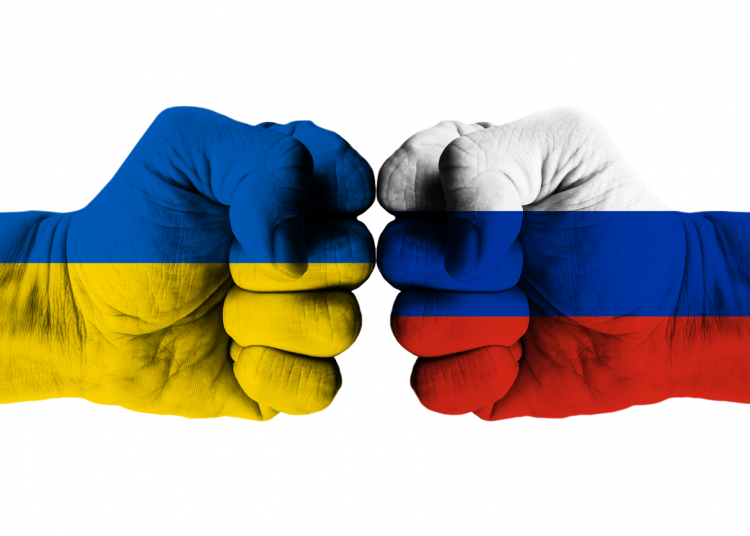 Russia is struggling in Ukraine, image free from Max Pixels

Andrew Marr, in an interview with the London Standard on 7 March this year, made a very telling comment about Vladimir Putin’s Russian army: “His war machine is not a very warlike war machine. They are very good at killing unarmed civilians, they don’t seem quite so good at fighting!” This has become blatantly obvious in the Russian army’s dilatory, spasmodic invasion of the Ukraine, and its targeting of civilian hospitals and residential buildings.

As often happens with military operations in a dictatorship like Russia, failure to consult and consider all the issues before any attack, has resulted in major problems. In his isolated bubble, Putin believed that Ukraine would rise up and welcome the Russian invaders as saviours. The concerted resistance by all Ukrainians was a massive shock.

Interestingly, while Hitler and Putin have been likened to one another in the media, Hitler had been in the army in the First World War, whereas Putin has little or no understanding of military operations.

Putin is first and foremost concerned with status, and the perceived might of his military forces. Thus, he focuses on headline-grabbing technology. But with only a $60bn budget (roughly equivalent to that of the UK), it has often meant the basics were overlooked in the planning process.

For example, the Russian army has too few trucks to transport military supplies, and already has lost a huge number to Ukrainian action. Matters are being made worse by the geographical vastness of Ukraine, where efficient transportation is critical.

It means that Russia can only give the impression of being a superpower. High-tech planes like SU-57 Stealth Fighter and the T-14 Armata tank are produced in token numbers. Russia only has 14 of these fighter planes (the USA owns hundreds), and zero T-14 tanks in service, relying instead on 30-year-old T-90 tanks.

Russian casualties and the Wagner Group

Putin’s main concern is trying to keep the number of Russian casualties down because he does not want body bags and coffins going back to Russia; this wouldn’t be good for his status. Business Insider reports that:

“Russia is secretly transporting its dead and wounded to Belarus to disguise the true death toll in Ukraine. Eyewitnesses described overflowing morgues and hospitals filled with ‘disfigured’ soldiers, RadioFreeEurope reported. A hospital employee said that more than 2,500 Russian soldiers’ corpses were shipped from the Homel region.”

With an estimated 13,500 Russian deaths, many of them young conscripts, Putin is now desperately seeking mercenaries to boost his invasion force. Mercenaries have been provided by Russia’s Wagner Group, whose reputation has been tainted by accusations of war crimes in Syria. Some 4,000 to 16,000 ‘volunteers’ from the Middle East are allegedly being recruited to support the Donbass region, previously captured by Russia, though none of these mercenaries has so far materialised. These additional forces will be little more than cannon fodder, human shields to protect the Russian conscripts.

But this strength of numbers is more than matched by a reported 66,000 Ukrainians who are returning to their native country to fight, plus thousands of foreign fighters flooding into the country to support the Ukraine.

The invasion was planned for the wrong season

Many of the problems the Russian army has faced have been self-inflicted.

Putin’s delay in the invasion timetable to placate the Chinese President Xi Jinping by waiting until after the Winter Olympics had serious seasonal consequences.

Ukrainian temperatures are now above freezing, as the ‘rasputitsa’ (when rain hits and snow melts) has arrived. It is when Ukrainian clay-laden soil becomes saturated with water and land turns into deep, sticky mud that swallow the front axels of road vehicles (and tanks).

In 1812, the rasputitsa frustrated Napoleon and his French armies, and in 1942 it stopped the Nazis from taking Moscow. 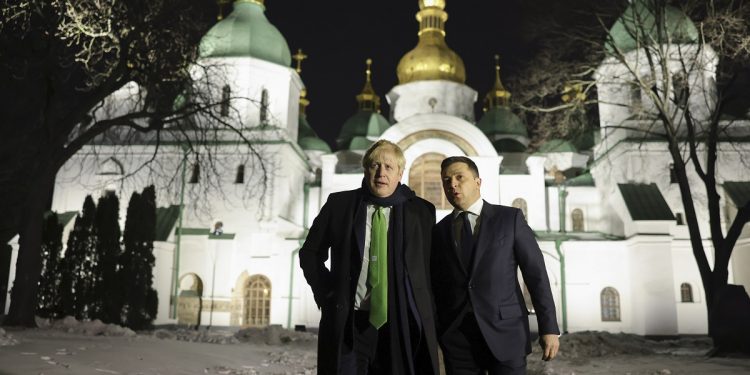 Davis: Johnson “doing better than all western leaders” on Ukraine

Professor David Stone, a Russian expert, notes that little thought has been given to how the Russian military on the frontline will access fuel and ammunition. Remarkably, in a country with a history of invasions like Russia, the problem of extended supply lines does not seem to have been considered.

A leaked report from the Russians Federal Security Service (formerly the KGB) said, “Even with minimal resistance from the Ukrainians we’d need 500,000 people, including supply and logistic workers” to control the Ukraine. Others have estimated over a million. Even former Russian allies within Ukraine have turned against the aggressor.

Russian soldiers are facing more than supply issues, but a decline in morale too. The frustrated Putin is now conducting a purge of Russian general officers and intelligence personnel in a desperate attempt to reset the Russian war effort and gain a better grasp of future long-term combat strategy.

There are powerful echoes of Hitler and Stalin here, when the failing dictators sought to shift blame and find more compliant military and intelligence staff. Having staff who can puncture the Putin bubble and bring some reality, is the only hope for the Russians. Truth and accurate information is essential. Whether Putin will accept it is another matter.

Demolishing cities to rubble, forcing many into underground basements and shelters, should raise a major red flag for any student of Russian history. Leningrad, and even more so Stalingrad, saw armoured vehicles being drawn into protracted and very costly battles where armed infantry were more effective. In the Stalingrad siege by Nazi Axis forces, the invaders lost 850,000 men, killed, wounded or taken prisoner.

On Russian television recently, brief comments were made that compared the current invasion with the disastrous Soviet invasion of Afghanistan. Russians have short memories. From 1942 onwards, for over ten years, Stalin attempted to regain control of the Ukraine from a force that had fought off both Nazi and Soviet attacks. Some 35,000 Russian Soviet troops died; twice the number of those in Afghanistan.

Putin took a gamble, hoping that Nato had been too badly damaged by Trump, and that the EU was fragile post-Brexit. In fact, Putin’s invasion has been a potent reminder to both organisations as to why they were formed, and has been a useful stimulant. Sweden and Finland are looking to join Nato; and EU member states have proved their efficiency when working together.

Putin has even managed to partly mend the fractious politics of the USA, where President Joe Biden, in a tremendous show of cross-party collaboration, secured almost $14bn to support Ukraine.

Only the Russian veto prevented censure in the United Nations. A widespread walk out at the start of the Russian foreign minister’s speech to the UN Human Rights Council took place in Geneva by diplomats from 40 countries.

With massive sanctions set to devastate the Russian economy, Putin is left foundering and alone, with only the dependent Belorussian dictator for support.

Why has the normally cautious Vladimir Putin gone for such a high-risk strategy for the invasion? It has undermined many of his long-term ploys.

The conclusion of several observers is that he feels he does not have the time to firmly establish his place in Russian history, possibly because he is sick, perhaps seriously ill. His extreme precautions to avoid catching covid indicate a severely compromised immune system…