With the US election tomorrow, Marc Limon discusses what a Biden win would mean for US and global democracy. 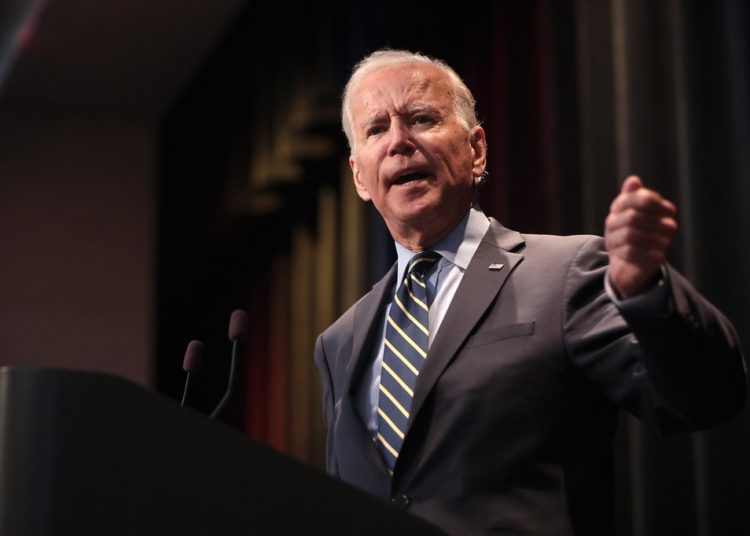 With the US presidential election tomorrow, and millions of votes already cast through early voting and absentee ballots, in an election cycle fraught with fears about voter suppression and the weakening of American democracy, a speech given by Democratic candidate Joe Biden that centres democracy at home and abroad has taken on greater meaning.

On 11 July 2019, former vice president and now Democratic candidate for president of the United States, Joe Biden, delivered a speech at the Graduate Center at the City University of New York (CUNY) in which he laid out his blueprint for American foreign policy should he be elected on 3 November 2020.

Biden’s blueprint focuses heavily on rebuilding America’s reputation abroad and a strengthened diplomatic service (the State Department) to tackle pressing global concerns such as resurgent nationalism and populism, backsliding on human rights, the threat of climate change, and the fight against corruption.

However, a particular focus of a future Biden administration, he made clear, would be rebuilding American democracy as an essential basis for renewed US leadership behind the global fightback of democracy. Setting America’s own democratic house in order is, he said, inextricably linked with credible US foreign policy:

“The United States must lead not just with the example of power, but the power of our example”.

“Democracy”, Biden argued, “is the root of our society, the wellspring of our power, and the source of our renewal. It strengthens and amplifies our leadership to keep us safe in the world. It is the engine of our ingenuity that drives our economic prosperity. It is the heart of who we are and how we see the world—and how the world sees us”.

Regarding the importance of getting the US’ own house in order before moving internationally, Biden committed to reinforcing the country’s democracy. He said he would remaking the US education system so that “a child’s opportunity in life isn’t determined by their zip code or race”. He promised to reform the criminal justice system to “eliminate inequitable disparities”.

On elections, he said he would restore the Voting Rights Act and seek “greater transparency in our campaign finance system so money, foreign and domestic, doesn’t pollute our politics”. In addition, he would dedicate greater resources, including cyber resources, to “defending our election systems” and would institute “strict conflict-of-interest and anti-corruption policies” for every member of the Biden administration so there will be no more self-dealing.

This non-exhaustive list is important, as it reflects an essential truth about democracy – namely that it is about much more than holding periodic elections. True democracy requires that elections are free and fair – in other words, that all citizens have an equal chance to vote in, stand for and be elected to public office, and that politics should be free from corruption, conflicts of interest and foreign interference. Interestingly, and in an important nod to economic and social rights, Biden also made clear that equality of opportunity, rule of law, and equal access to justice, a quality education and healthcare, are important bedrocks of a functioning democratic society.

Turning to the world stage, Biden committed to using the US’ restored moral leadership to “revitalise our national commitment to advancing human rights and democracy around the world”. This would include resetting US policy in the area of women’s and girl’s rights, including sexual and reproductive health and rights (in particular, ending the “global gag rule, which prevents money from going to international NGOs that even talk about abortion”). In addition, he committed to “reaffirming the ban on torture” and restoring the US’ commitment to science and truth in government, including bringing back the words ‘climate change.’

Perhaps most eye-catchingly, the Democratic nominee said that, “Having taken these essential steps to reinforce the democratic foundation of our country and inspire action in others, [we] will organise and host a global Summit for Democracy to renew the spirit and shared purpose of the nations of the Free World”.

Accordingly, and during his first year in office, Biden promised to, “bring together the world’s democracies to strengthen our democratic institutions, honestly confront the challenge of nations that are backsliding, and forge a common agenda to address threats to our common values”.

The summit, he said, would prioritise results by securing new country commitments in three areas:

It would involve and include civil society organisations from around the world, organisations, he said, “that stand on the frontlines in defence of our democracies”. Moreover, the summit would “issue a call to action for the private sector, including technology corporations and social media giants, to make their own commitments, recognising their responsibilities and their overwhelming interest in preserving open, democratic societies and protecting free speech”.

For example, “technology companies – which benefit from the fruits of democracy – should make concrete pledges for how they can ensure their algorithms and platforms are not empowering the surveillance state, facilitating repression in China and elsewhere, spreading hate, spurring people to violence, and remaining susceptible to misuse”.

Finally, reiterating his view that the world must pay far greater attention to expanding and defending the integrity of free and fair elections, Biden spoke of the importance of initiatives such as the Trans-Atlantic Commission on Election Integrity (of which he is a founding member), “to lead the fight back against Russia’s attacks on Western democracies”. He noted that the commission “has asked politicians across Europe to sign a pledge committing to transparency in campaign finance and to reject the use of fabricated or hacked material”.

“Working together”, Vice President Biden concluded, “democracies can and must confront the rise of populists, nationalists, and demagogues; the growing strength of autocratic powers and their efforts to divide and manipulate democracies; and the threats unique to our time, including the renewed threat of nuclear war, mass migration, the disruptive impact of new technologies, and climate change”.