An election night that was supposed to be a walkover for the Democrats has instead become tortuous and drawn out. 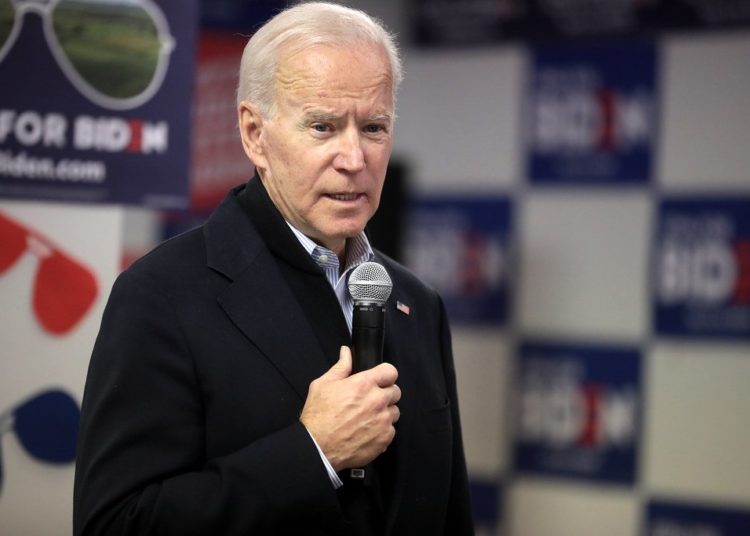 This was not the election we thought it would be. An election night that was supposed to be a walkover for the Democrats, not just for the White House but also for the Senate and individual elections at state level, has instead become tortuous and drawn out.

Even if – as seems likely – Biden wins, the way that this election has played out has serious implications for America. The post-mortem of this election will last at least as long as the campaign itself, but some hard truths are already clear. The Democrats underperformed among voters of colour everywhere but Arizona. Even as they ran up big numbers among suburban and college-educated voters, their support among people of colour eroded.

On Fox News, presenter Tucker Carlson boasted that this was symbolic of an emerging populist Republican Party. “People who make less are voting Republican in bigger numbers”, he said, saying the GOP was “the party of wage earners”.

The Biden campaign will be analysed for months, but one thing is clear: it had a problem with Latinos. In May, it was reported that the campaign did not consider Latinos “part of their path to victory”. This is both an extraordinary decision for a campaign to make, and an even more extraordinary thing to make public. It is as if they were actively asking Latinos not to vote for them. For context, there are 32 million Latino eligible voters, the largest non-white voting bloc in the country.

Arizona bucked the trend, at least in part because a long-running organising campaign against Sheriff Joe Arpaio pulled together a political constituency with its own motivations, community, and sense of identity. For the national campaign not to replicate this in every state with a high Latino presence was borderline irresponsible.

But the Democrats do not only need to look at their appeal to the Latino community. Exit poll data shows that Trump did better in 2020 with every race and gender except white men. He lost 5 percentage points among white men, but gained support among every other demographic including white women, black people and Latinos.

The other surprise in exit poll data was that the number one issue on voters’ minds as they cast their ballot was not Covid-19, it was the economy. For months, the prevailing narrative has been that the election belonged to the Democrats because of Trump’s pandemic failure. The fact that most voters reported feeling better off than four years ago, normally considered the primary determinant of voting intention, was for once relegated to second place. But the pollsters were wrong. The economy was still number one, a likely cause of the far tighter election that is still unfolding.

For America this means that Trump was not an aberration. Populism has not been defeated in America, even if Trump is defeated this time. The country did not reject him or his politics en masse – and even if he loses, he will have come within a whisker of a second term.

The Democrats already knew that their democracy needed attention. Gerrymandering, voter suppression, courts packed by Trump with lifetime conservative appointees – American democracy is in peril. The difficulty for Biden, assuming he wins and even if he wants to take bold action, is that he is unlikely to have control of the Senate. His mandate for radical change, such as appointing additional Supreme Court judges, granting Senators to Puerto Rico and Washington DC, or redressing the balance of court judges at a state level, will be hugely reduced. He will risk the next Republican president claiming a mandate to do the same in reverse, even if he is able to get such measures past a Republican Senate.

The Democrats need to look too to the appeal they offered to women, Latinos and blacks. In a year where the alternative is four more years of Donald Trump, it seems unthinkable that such voters were not motivated to turn out in large numbers for Biden. The Democrats will need to look at their policy offer, their candidates and messaging. They will need to do far better next time.

But the Democrats need to look too beyond Trump. Their local campaign for the House and Senate has been criticised for focusing too much on the president, at the expense of voting on local issues. An alternative strategy focusing on local issues could have gambled that anti-Trump voters were already likely to vote Democrat, and that the voters they needed were either pro-Trump or ambivalent, but could have been motivated by local concerns.

Nevertheless, Biden will need to be radical. If he narrowly wins the Senate in January run offs, he will have two years to enact systemic change, and to convince the country that it is change in the public good rather than partisan meddling. If he loses the Senate, he will need to do all he can and work for Senate wins in 2022 – by no means guaranteed.

Important for the Democrats and for progressive leaders overseas, including Keir Starmer, is the fact that Biden ran on the basis of competence. He was the safe pair of hands who would tackle the pandemic where Trump had failed, just as Starmer offers himself as the sensible lawyer in contrast to Boris Johnson’s chaos and failure. But for Biden – even in the midst of Trump’s pandemic failure – it has only just been enough. The future for progressives just got a whole lot harder.