What is the real intention behind Donald Trump’s ‘law and order’ policy?

Trump must convince the nation that anti-racism protests in ‘inner cities’ (a trigger phrase for white voters) are causing chaos. 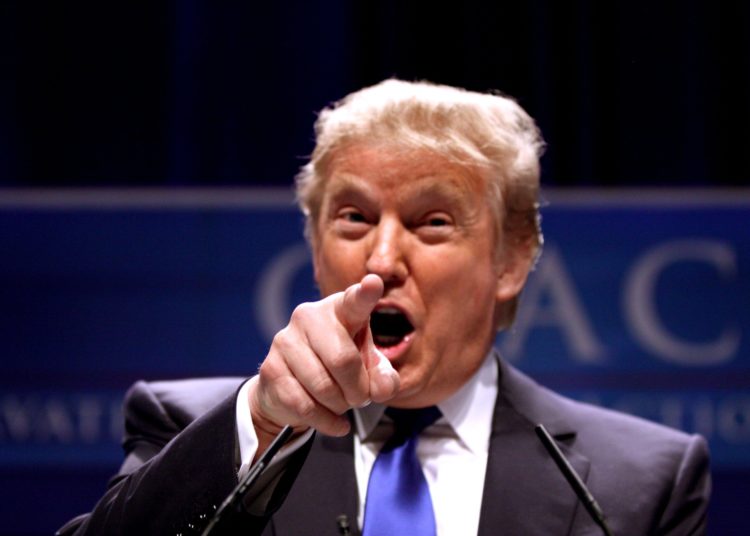 Donald Trump by Gage Skidmore is licensed under CC BY-SA 2.0

After Jacob Blake, who was African American, was shot by police in Kenosha, Wisconsin, protests erupted. Donald Trump then visited the town, where he made it obvious he was on the side of the police: “I have to say this to the police – the people of our country love you”.

Trump heavily criticised the anti-racism protests that have unfolded over the past few months following the death of George Floyd, describing the protests as a “crime against God”. In response, Trump ordered federal troops to quash the protests and reiterated his stance as the “law and order candidate”. But what does law and order mean beneath the surface and how necessary is Trump’s policy?

The basic strategy is focused on convincing voters in the 2020 election (3 November) that crime is a direct threat to them. In this sense, Trump must convince the nation that anti-racism protests in ‘inner cities’ (a trigger phrase for white voters) are causing chaos. He has already suggested that America would be anarchic under his rival Joe Biden, and that a Biden presidency would lead to the “destruction of the American way of life”. Trump told the public, “your vote will decide whether we protect law-abiding Americans, or whether we give free rein to violent anarchists and agitators”.

‘Law and Order’ is a memorable phrase for many who witnessed Richard Nixon’s Republican victory in the 1968 election, in which he accused Democrats of causing unrest and chaos. As with Trump, Nixon’s law and order policy was announced at a time of national protests against the Vietnam War, racism and the assassinations of civil rights leaders, Martin Luther King Jr and Malcolm X. Nixon’s policy was intended to win over the ‘silent majority’ – those who were not in the streets protesting.

However, it has been claimed that Nixon’s infamous War on Drugs within his law and order policy was simply a way to talk about race without uttering the word, that it was used to suppress African Americans and prevent them from challenging social order. According to John Ehrlichman, Nixon’s counsel and assistant for domestic affairs, the real public enemy in 1971 was neither drugs nor drug abuse. Rather Nixon’s real enemies were the anti-war left and African Americans.

Like a broken record, Trump has recycled the label ‘silent majority’ to win over those whom he deems the unrepresented ‘law abiding citizens’ in America. When anti-racist protesters demand equality and justice (a reasonable stance), Trump not only denies the existence of systemic racism in the country – he also uses overwhelming police force to quell them.

And yet when protesters are white and from the extreme right, ‘law and order’ conveniently does not apply. When there was opposition from largely white protesters to coronavirus lockdown restrictions, Trump supported them. And in 2017, after the white-supremacist rally in Charlottesville, Virginia, Trump asserted that there were “very fine people” on both sides, despite the fact that Heather Heyer, a counter-protester, was murdered by a neo-Nazi during the rally.

Trump’s attempt to make Americans afraid and fearful of crime may be working. But in reality, from 2016 to 2018, the FBI reported that the rate of violent crime and homicide had actually already fallen. And awkwardly, Donald Trump’s law and order policy falls short of his own actions; just this week, the New York Times discovered that Trump paid just $750 in federal income taxes in 2016, and had paid nothing in ten of the last fifteen years, mainly, he claims, because he lost more money than he made.

Perhaps law and order will one day catch up with Donald Trump – only time will tell.