News that MPs has launched a legal action against the government’s refusal to investigate Russian interference should come as no surprise. 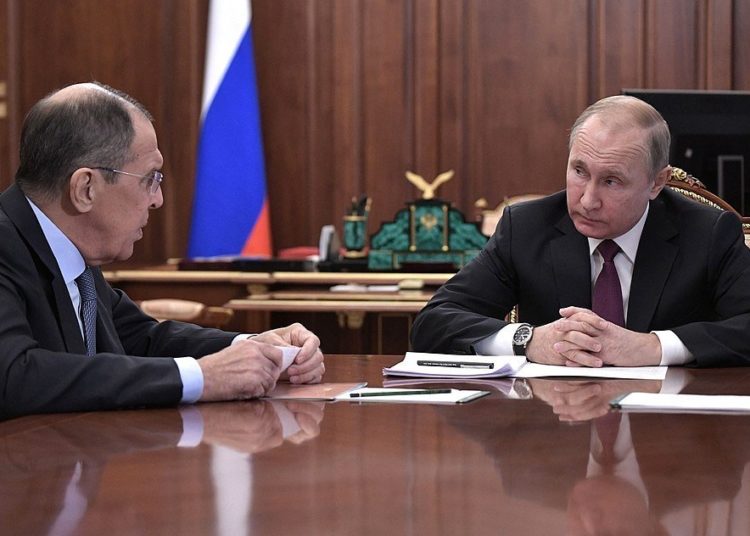 The news that a cross-party group of MPs has launched a legal action against the British government’s refusal to investigate Russian interference in UK democratic processes should come as no surprise. Nor should the fact that the group includes no Tory MPs, since they and the party have benefited from an awful lot of Russian money.

The group are supported by former national security adviser and former chair of the joint intelligence committee (JIC) Lord Peter Ricketts. They deserve to succeed.

To understand their concerns and to recognise the scale of government failure it is only necessary to compare UK reaction to Russian involvement with that of the US government – even under President Trump, the incumbent who benefited most from Kremlin interference.

The powerful American Senate Select Committee on Intelligence published the final volume of their report into Russian interference in the 2016 presidential election in August. It is an object lesson in how to conduct a comprehensive, forensic, bipartisan investigation and proves, without a scintilla of doubt, that Russia was behind Donald Trump’s narrow victory in 2016. The entire five-volume report runs to 1,330 pages.

In contrast, MI5 responded with six lines of text to our own Intelligence Select Committee (ISC) inquiry, which was forced to publish a skimpy 55-page effort simply acknowledging the threat and describing Russia as a “highly capable cyber actor with a proven capability”. The publication of even this slim report was inexcusably delayed for nine months by Johnson.

The detailed US report is written in the style of an indictment, which it is, but of Britain’s political establishment whose apparent lack of effort is in stark contrast. And despite much of it already being in the public domain, the blunt language of the huge document still has the power to shock.

Russia adopted a twin-track approach. Firstly, they used the GRU, their foreign military intelligence agency, to hack the Democratic campaign and obtain Hilary Clinton’s emails and then disseminate them to the press via Julian Assange at Wikileaks.

Secondly, they used the Internet Research Agency (IRA), a private company based in St Petersburg, funded and directed by Yevgeniy Prigozhin, a Russia oligarch known as Putin’s chef, who is said to “conduct intelligence operations, military activities; and influence operations globally on behalf of the Kremlin”.

According to the US report, the IRA mounted a sustained, co-ordinated campaign to “polarize Americans on the basis of societal, ideological, and racial differences, provoked real world events, and was part of a foreign government’s covert support of Russia’s favored candidate in the U.S. presidential election” (Volume 2 page 3).

Here are a few extracts from the report.

How the IRA conducted its social media campaign:

The Americans know who did the hacking:

Note this started well before Trump was confirmed as the Republican candidate.

They know how the hacking was planned:

They know the “phishing” techniques employed:

They know the dates, the techniques and software tools used:

They know how the GRU disguised themselves:

Even after Trump’s election triumph the social media activity continued:

The hacking was intended to propel Trump to the White House, but the social media campaign was more pernicious and damaging to American society and may have longer-term and far-reaching consequences for US cohesion.

Brexit occurred at the same time. Our own ISC has argued that “Putin’s Russia is actively hostile towards the UK and the West, and fundamentally unwilling to adhere to international laws and norms”. The committee also said that “Russia considers the UK one of its top Western intelligence targets” sitting just behind the USA and NATO.

Yet, the Conservative government is asking us to believe is that even though a leave vote was a vital foreign policy aim, an actively hostile Russia (through the IRA) did nothing to influence the outcome. They had the means at their disposal and were prepared to use it audaciously against a far more powerful opponent in the USA, but not apparently against Britain.

It’s possible that Russian and Vladimir Putin are entirely innocent, as the government claims, but without a thorough investigation we will never know.

You can read the entire impressive report volume by volume below: