President Donald Trump of the Republican Party is eligible to serve a second term as president, and easily won the nomination process as his party’s choice to be their candidate. 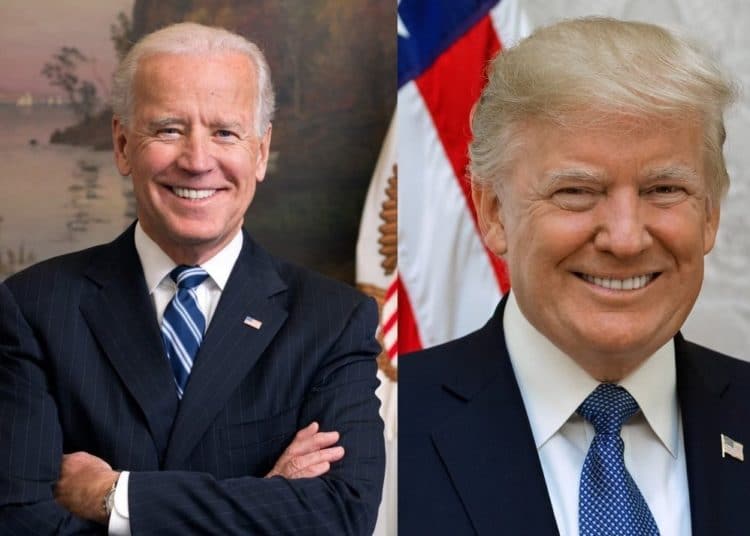 Tuesday 3 November will see incumbent President Donald Trump of the Republican Party square off against former Vice-President Joe Biden of the Democratic Party in the 2020 presidential election. There are a number of differences between elections in the United States and those in the United Kingdom, so read on for everything you need to know come Election Day …

When is the election?

The election is traditionally always held on the first Tuesday after 1 November, which in this election cycle is 3 November. In most states, polling stations stay open well into the evening, which means we could be waiting a very long time before some states declare their results.

However, with the Covid-19 pandemic limiting the extent to which people are prepared to go outside and socialise – polling stations can get quite busy after all – we might see more people than ever before voting by mail, which the president is not too happy about. You can read more about President Trump’s beef with mail-in voting in this BBC article. This could cause additional severe delays, meaning we might not know a winner for days or possibly weeks after election day itself.

Who are the candidates contesting the election?

President Donald Trump of the Republican Party is eligible to serve a second term as president, and easily won the nomination process as his party’s choice to be their candidate. The Democrats eventually chose President Obama’s vice-president, Joe Biden, as their candidate. Republicans are traditionally the party of tighter immigration policies, pro-gun laws and lower taxes. Democrats are traditionally the party of greater access to healthcare, pro-choice policies and less strict border controls. A Democrat or a Republican has been elected at every election cycle since 1848, when the (now defunct) Whig Party won.

Other parties do exist in the United States, and will be putting candidates forward. These are known as third-party candidates. Perhaps the biggest two third parties are the Libertarians, who favour small government and free market economics in every respect, and the Green Party, who favour environmentally progressive politics.

Kanye West will also appear on the ballot in some states too, after he submitted an eleventh-hour application to run for president. However, he missed the deadlines in most states, meaning he stands no chance of winning the White House.

How does a US election work?

Voters will choose who they want to be president by putting an X in a box next to their preferred candidate. In the UK, we elect our prime minister indirectly, by voting for our MPs instead.

Votes for each candidate are then added up and the candidate who receives the most votes in a state is declared the winner of that state. But this is where things get complicated …

There is no maximum number of Electoral College votes a state can have, but as a minimum, every state must have at least three.

This system throws up the interesting situation whereby it is possible to win the popular vote and have the highest tally of actual votes, but lose the Electoral College and thus be defeated. This was, for example, what happened to Hillary Clinton in the 2016 election.

There is also the possibility that a 269:269 tie could happen, in which case the legislative branch of the US government will vote on who becomes the president and vice president. A whole separate article could be written about an Electoral College tie, like this one in Intelligencer.

What should we be looking out for?

As with constituencies in the United Kingdom, most states in the US are considered safe and easily predictable. Only a handful of states really ever determine a US election, and those are known as the ‘swing states’.

Florida is also another state that proves hugely important in pretty much every election (see the election of 2000 for just how crucial Florida can be). With 29 Electoral College votes, it can be pivotal to any election result.

Other states like Georgia and North Carolina, traditionally not swing states, are creeping towards being more unpredictable, and are definitely worth keeping an eye on.

Whatever happens, American elections always lead to long nights, but they are fascinating and exciting, and certainly worth a watch if you can bear to stay up until the early hours!