There are millions of refugees from the Afghan crisis yet the number of refugees accepted into the UK will be capped at 20,000 over five years 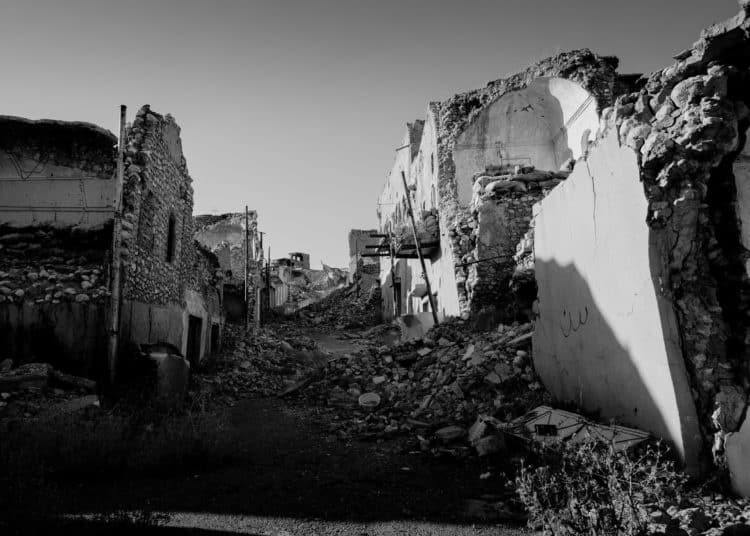 The airlift evacuation of Afghanistan has ended and the UK government has said that those seeking asylum should now make their way to a land border and apply from there. The new Afghanistan resettlement scheme guidance, issued on 29 August, states that the number of refugees accepted into the UK will be capped at 20,000 over five years. This small number leaves no alternative but the use of ‘irregular’ routes and people smugglers to get here.

Scale of the refugee problem

Prior to the recent exodus, there were three million displaced people in Afghanistan and a further 2.6 million who had already sought refuge in another country. From May 2021 to mid-August when the final rush began, 390,000 people – mainly women and children – fled their homes. In effect, the UK government is offering asylum to 0.35 percent of those who needed refuge before the collapse of the Afghan government.

The vast majority, 1.8 of the 2.6 million who have already fled the country, are currently in Pakistan to the south and east, or in Iran to the west. The mountains and border guards at the few crossing points in the north prohibit crossing into China, and Uzbekistan has closed its borders and is detaining people who cross it and sending them back.

Imran Khan, Pakistan’s prime minister says that Pakistan will take no more Afghan refugees. It already has 1.4m and many thousands more undocumented. Those getting through will be confined in camps on the border areas and refused permission to migrate to the cities. The 2,700km border with Afghanistan has been fenced.

Hostile terrain in the route to safety

Most Afghan refugees are therefore hoping to get to Turkey via Iran and, from there, to Europe. Most will join the Iran/Turkey route in the south of Iran in Nimruz province. For safety they travel together, often in groups of several hundred, and rely on ‘guides’ or ‘people traffickers’, using drug smuggling routes.

This video gives some indication of the hostile terrain that has to be crossed and how difficult it is to close the Afghanistan/Iran border. Iran’s response to the problem of policing the border is to treat with violence those who do manage to cross, and there have been allegations of drowning. It now intends to legislate to imprison, for up to 25 years, undocumented migrants.

The journey from Kandahar in Afghanistan to Van, the first town in Turkey, is about 1,700 miles. Those fleeing must contend with deserts, mountains, hungry wild dogs, thieves and security forces. Without on-the-ground expertise, and the opening of new routes as security forces close the old ones, they would not get through.

Some may be able to afford transport for parts of the journey. Others will have to walk for at least six weeks, often at night and with little food or water.

Turkey hosts more refugees (4 million) than any other country. Some 500–2000 refugees enter Turkey every day, but it is not a safe place for them. Nor does the country offer permanent refugee status, so most attempt to journey onwards to Europe.

The country is struggling to cope and there is a growing hostility towards refugees in the absence of a permanent solution and as the stream of refugees from Syria and Afghanistan continue. Turkey has built 81km of wall along the Iran border and intends to wall the whole 295km borders over the next few years. Over 55,000 Afghan refugees have been stopped on the border and already turned back this year.

With the help of EU funding, Turkey is also aiming to increase its security along the border with Idlib province in Syria, the only region not controlled by Assad’s forces.

In 2020, Greek military forces responded with tear gas and the EU found €609m to beef up border security when thousands of refugees crossed from Turkey. More recently there have been allegations of Greek police rounding up refuges, some of whom have been in Greece for a long time and with permission to stay, and pushing them across the Turkish border or out to sea.

Elsewhere in Europe, Austria, Hungary, and Lithuania have all repelled refugees by force or have built fences and walls. Frontex (the EU border security force) has strengthened the Lithuanian/Belarus border. Denmark is seeking to repatriate Syrians and the UK and Denmark are exploring paying poorer nations to house their countries’ refugees. Denmark is planning to finance accommodating 6,000 Afghan refugees in Tajikistan.

Italy, Spain and France are moving to the right, politically, as the anti-immigrant/refugee agenda has grown. Germany is unlikely to repeat its offer of hosting over a million refugees as it did in 2016. The European parliament has recently approved two funds for the years 2021–2027 to help manage the refugee crisis: an integration fund of €9.88bn and €6.24bn on border management in the fight against “irregular migration”. Albania alone has shown any real willingness to accept the current Afghan refugees.

Haiko Maas, the Germany foreign minister, recently visited nearby countries to try and secure agreement for them to accommodate and process refugees coming over the border from Afghanistan. This will be backed by €600m from Germany and EU funds of €100m. Michael Barnier has indicated that he will run in the French presidential election next year, on a platform of reducing migration into Europe and a five moratorium on immigration into France.

The UK and refugees

About 6 percent of refugees who cross the Mediterranean want to come to the UK, usually because they have family or community here or because they speak English. If they manage to cross into Europe and then onwards to the Channel, they still have a formidable and dangerous journey, a journey that can only be achieved through the aid of expert people smugglers. According to the BBC, as at 21 August, about 12,500 had crossed the Mediterranean this year, a tiny proportion of those needing asylum.

The UK recently paid another £55m to France to increase police patrols on the French side of the Channel and prevent crossings to the UK. This deal is indicative of a Europe-wide shift in thinking whereby deterrence and border controls – pushing the refugee problem ‘up-stream’ to its source – is the preferred management approach. Consequently, the UK’s border security is increasingly dependent on the layer upon layer of barriers and difficulties other countries have instituted.

Refugees as a political and economic tool

This approach has its dangers. In 2020, President Recep Tayyip Erdoğan of Turkey in a show of political strength and to exert financial leverage, opened the borders into the no man’s land between Turkey and Greece.

Earlier this year, Morocco funnelled refugees into Ceuta, the Spanish enclave in North Africa, in retaliation for Spain offering asylum to the Western Saharan leader (a disputed territory south of Morocco). And Belarus opened a route for refugees to enter Lithuania following the EU’s sharp criticisms of President Alexandar Lukashenko and his regime.

Refugees and migrants have become a political and economic tool and not just in the UK. Should France become disillusioned with its role in policing the UK’s borders, goodwill may dissipate. Other European countries may also become increasingly frustrated with securing the UK’s borders through EU measures to which we do not contribute, while we continue to reject requests for taking a fairer and more equitable share of asylum seekers.

The UK’s isolationist position may soon be unsustainable.