In her latest diary update, Ira Lobanok writes about the reality of Russia's war in Ukraine and how citizens are coping after 27 days. 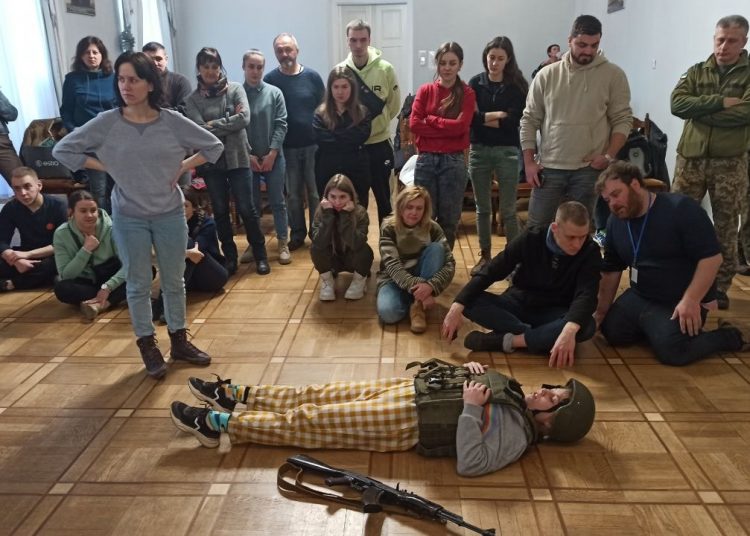 Self defence training, photo by Nastia Doroshenko, used with permission

Today is the 27th day of the Russian invasion of Ukraine. I’m writing from the bomb shelter. We’ve had five air raids today already – they’ve never been so frequent before. To entertain ourselves, my friends and I came up with an idea of holding a group call and reading aloud the History of Ukraine-Rus book by Mykola Arkas – Ukrainian composer, writer, historian, and cultural activist. Refreshing the knowledge of our own country and finding out once again that this is far from being the first time that Russia’s decided Ukrainians don’t deserve to exist.

Sanctions against Russia and Russians

On this note, I’m amazed by how some people of culture from Russia – musicians, dancers and the like – keep claiming they’re against Putin but that they should be exempt from sanctions. One of my friends shared a post of a young Russian musician currently based in the UK, who was denied entry to a competition because he was born in Russia, a terrorist-country. He was outraged and called it Russophobia. I was so deeply disgusted.

My friend is now trapped in Chernihiv. The city is being besieged by Russia and she has no possibility of evacuation, no water, no electricity and no mobile connection. I haven’t talked to her for three days. She’s also a musician, and was due to go to London to produce an album for a British singer-songwriter. But she’s been deprived of this opportunity, as she’s been deprived of normal life and safety. For sanctions to work, we have to deprive Russians of opportunities, regardless of their views on their state’s policy. It’s only fair, and it’s only right.

Life is different in Lviv though. We are in the rear – trying to volunteer, support the economy of the country and stay sane. I’ve spent the past week with two girls I’ve only just met, and we immediately clicked. Both of them ran away from the bombing in Kyiv. We all needed support and some hope and we found it in one another.

This was the first time I’d let myself unwind and feel some brief moment of happiness again. One of them even organised a birthday party for me and invited nine people, which felt surreal – like normal life again. However, an air raid sounded about an hour later and we had to take our party to the bomb shelter. In fact, because we were still in a party mood, this time in the shelter was quite fun and felt more like an escape room; we decided to carry on with the party, regardless of the reality around us. 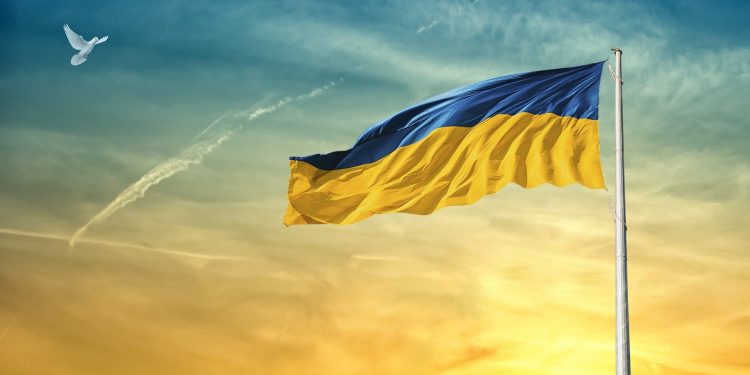 Preparing to defend Ukraine from the Russians

Our new dream team of three decided to look for some self-defence courses, tactical emergency medicine and basic knowledge of guns, to be ready in case the war gets to our city. This whole week we’ve been practicing how to save one another from critical bleeding: making handmade tourniquets from available materials, doing CPR accompanied by Stayin’ Alive by the Bee Gees (turns out it has the exact tempo one has to use for CPR). We had fun learning and practicing military sign language, and I discovered that I’m pretty good at shooting, which gave me some much-needed confidence.

We are trying to live a normal life, because this war is not going to finish quickly and we need to make sure we don’t burn out. From the very first days of the full-scale invasion, lots of volunteers started working really hard, doing everything they could to help the army. But some of them were too hard on themselves, hoping it would be a sprint and the war would soon be over. Unfortunately, we now know it’s going to be a marathon.

We’re joking that we need to maintain war/life balance – I know it sounds horrible, but humour helps a lot.