British citizens, both in the UK and abroad, will lose many of their current rights – those associated with EU membership – when the Brexit transition period comes to an end on 31 December. 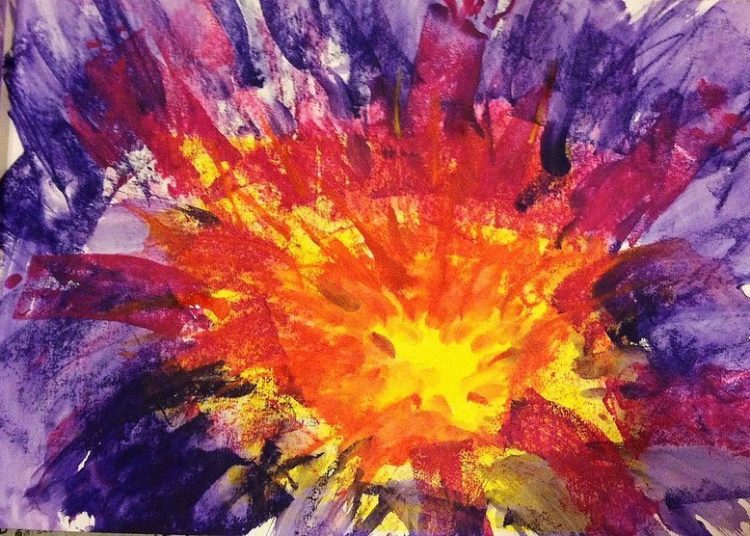 Brexit painting by Shakespearesmonkey is licensed under CC BY 2.0

Even before the latest threats to the Brexit Withdrawal Agreement Act 2020 were made public, Britons living in Europe were becoming increasingly nervous about their futures. For those relying on protections afforded us by this ‘deal’, those concerns were heightened this week by the introduction of the UK internal market bill.

British citizens, both in the UK and abroad, will lose many of their current rights – those associated with EU membership – when the Brexit transition period comes to an end on 31 December. For the 1.2 million Brits already living in the EU, the withdrawal agreement has provided an element of comfort that at least some of our basic rights would be protected. The biggest fear among this group has been that the British government would somehow undermine the withdrawal agreement, and that those rights we believed secure would again be put at risk.

Brexit-supporting MPs have long criticised the withdrawal agreement. Without a hint of irony, they have complained about the content, despite having pushed parliament to vote for it in a hurry. Whether they failed to understand it, failed to read the small print, or just didn’t care, we may never know. According to some European Research Group members, the only reason they signed up to the withdrawal agreement was on the understanding from Boris Johnson there would be an opportunity to revisit it further down the road. On Wednesday, that ‘opportunity’ was brought to parliament with the first reading of the internal market bill.

Nothing to worry about, ministers assured parliament. Just a bit of housekeeping to tidy up a few loose ends regarding the Northern Ireland protocol. No need to be concerned that the government was planning to break international law – they would only do so in a “limited way”. That argument failed to convince parliamentarians, with outrage being expressed even by senior, and in some cases Brexit-supporting, Conservatives.

Needless to say, the EU was not impressed either, stressing that the protocol the UK parliament had ratified was a “legal obligation”. President of the European Commission, Ursula von der Leyen, warned Johnson not to break international law and said:

“I trust the British government to implement the withdrawal agreement, an obligation under international law and prerequisite for any future partnership.”

An interesting choice of words considering the efforts the UK government seems to have made to undermine that trust.

Belgian MEP Philippe Lamberts said the UK risked turning into “a rogue state” if it reneged on its legal commitments. Chief Brussels negotiator Michel Barnier commented, “Everything that has been signed must be respected.” Likewise, leaders from across the world have been quick to emphasise the importance of international law, and in particular the impact any breach would have on the Good Friday Agreement and likelihood of any future trade deals with the UK.

Thankfully, under the terms of the withdrawal agreement, the rights of British citizens in Europe are not the direct responsibility of the British government. In fact, the protection of our withdrawal agreement rights as legal EU residents are the responsibility of the relevant EU member state. Where I live in Spain, the authorities have been incredibly supportive. I have felt secure in the knowledge that my rights – to my British pension and free healthcare – are in the safe hands of the Spanish, not the British, government.

However, the latest UK government plans to renege on international treaty commitments has sent shockwaves throughout British migrant communities. Questions arise as to the full consequences of its actions.

This week, just two days before the reading of the bill, Barnier himself provided some reassurance for Britons resident in Europe. When he spoke on a French radio programme, he said that, “the rights of citizens including pensions are guaranteed under the withdrawal agreement, which has been signed and come into force”. Signed, yes, but clearly there are those busy searching for an eraser.

The last four and a half years have been a rollercoaster ride, though without any of the thrills. The anxiety, anger and despair felt by those with rights at risk has been hard to handle. Nothing, apart from continued membership of the EU and retention of all existing rights, would be enough for many of us. The withdrawal agreement has, or should I say had, provided some relief that all was not lost. But just when we thought the British government could no longer threaten our sanity and security, it has lobbed a hand grenade into the negotiations.

As a Spanish resident and European, I have put my faith in the Spanish government and the EU. Both have promised to protect me and have done nothing to undermine that trust – quite the opposite, in fact. As a British citizen though, trust in my own, potentially rogue, government has been completely eroded.

I believe the EU will do everything in their power to ensure withdrawal agreement commitments are met by all parties – the UK included. They have taken their responsibilities to all EU citizens – including us Brits – very seriously throughout the Brexit process. That responsibility will not end when Brexit is finally ‘done’. If this latest Johnson threat cannot be resolved to the EU’s satisfaction, then the UK government could find themselves in the European Court of Justice.

If the protection of British citizens in Europe rests with our European hosts, then spare a thought for EU citizens living in the UK and ask yourself if you would feel safe in their shoes. It’s going to take more than a dose of Johnson optimism to make them, and us, feel completely safe – especially if the prime minister’s signature turns out not to be worth the paper it’s written on.

Unless, of course, it’s on his resignation.