Government cuts in international aid may affect women and girls

In Malawi, covid and the lack of tourism has ground much of the local economy to a halt, leaving many established tourist destinations, particularly in game parks, reserves and lodges near to Lake Malawi, empty and silent. In this context, the international aid cuts recently proposed by our government will have a devastating impact. 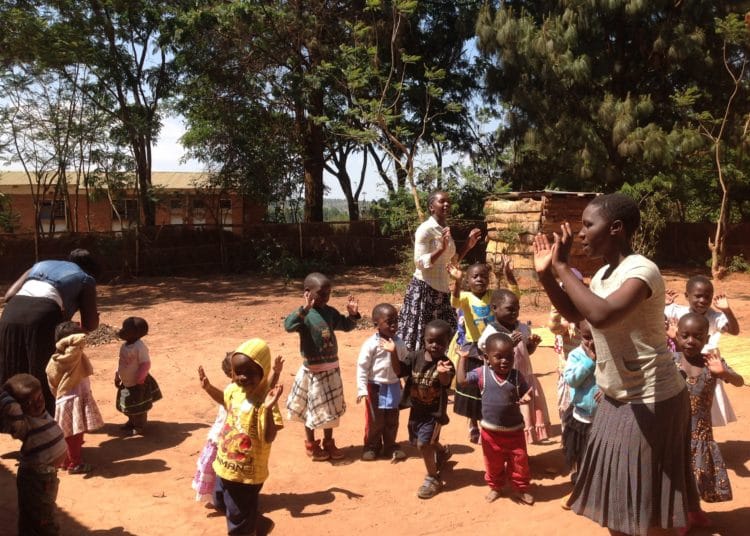 In Malawi, covid and the lack of tourism has ground much of the local economy to a halt, leaving many established tourist destinations, particularly in game parks, reserves and lodges near to Lake Malawi, empty and silent. In this context, the international aid cuts recently proposed by our government will have a devastating impact.

My sister Christine and her partner George manage a tourist lodge and nursery for young girls in the Luwawu Forest, Northern Malawi. Called Ufulu, the nursery is in a village where the forest workers live with their families. With a name meaning ‘freedom’, it stands for girls making their own decisions in life.

The nursery promotes the beginnings of independence, self-reliance, co-operation and responsibility and gives priority to girls from extremely poor backgrounds, often from families headed by women. These skills should be available to all children but this is not the case. The children also receive two meals each school day. The nursery is funded by individuals from the UK.

Speaker of the House Sir Lindsay Hoyle in a statement yesterday stated an amendment, tabled by rebel Conservative MPs that hoped to reverse the proposed cuts to the foreign aid budget, would not be put to vote. However, an emergency debate on the cuts themselves will be held today.

The UK government reduction from 0.7 to 0.5 percent in foreign aid is predicted to save approximately £4bn, just 1 percent of the money borrowed by the government during the pandemic. Rishi Sunak described the decision as necessary due to the cost that Covid has inflicted on jobs and public services.

Additional cuts to the overseas aid budget requested by government in July 2020 amount to a further 30 percent reduction in spending.

Compiled by the United Nations, the Human Development Index (HDI) identifies levels of social and economic development by measuring life expectancy and health, education – the number of years at school, and wealth – gross national income per capita.

Countries are ranked from one to 189. Malawi is 174, one of the poorest countries in the world. At 13, the UK is one of the richest. Why is it therefore that the UK government plans to slash aid funding from 0.7 percent of gross national income to 0.5 percent putting the social and economic development of countries like Malawi at risk?

Looking at key demographics can help in the understanding of how inequalities exist in a country where poverty, hunger, gender violence and food insecurity are part of everyday life.

With support from donor countries like the UK and non-government organisations (NGOs) Malawi has made progress in increasing life expectancy and reducing infant mortality and the fertility rates. Overall, life expectancy was 65.62 years, 68.8 for females and 62.5 for males, an improvement from 48 years for females and 43.4 years for males in 2000. Infant mortality has declined from 127.16 deaths per 1,000 births in 1990 to 32.58 deaths per 1,000 births in 2020 and total fertility has declined from 7.6 live births per women in 1985 to 4.3 live births in 2020.

Despite these advances, in 2020, 80 percent of Malawians continued to live on or below the world bank poverty line of $1.90 a day. In a largely agricultural economy, with a population of 19.6 million, 80 percent of people live in rural areas. These rural communities struggle due to their dependence on crops which are vulnerable to drought. Low output creates food shortages and increases poverty. The resulting stunting and malnutrition affects up to 63 percent of children.

“Catastrophic” impact of covid and international aid cuts for Malawi

The cuts in international aid announced by the UK government are concerning as they are likely to reduce services such as health and education so necessary in reducing poverty and improving life skills.  The cuts come at a time when Malawi is faced with the impact of Covid-19.  .

In May 2021, Malawi recorded 34,261 cases of Covid-19 and suffered 1,153 deaths. Although the incidence is relatively low, its effects on the economy and unemployment is massive. As supplies dry up, the vaccination programme is slow, as of 11 March 2021, 333,481 had received one vaccine dose equalling 1.77 doses per 100 people. In stark contrast, the global ratio stands at 24 doses per 100 people.

Effects of the pandemic have been “catastrophic” particularly for women and girls. School closures and restrictions in movement have led to increases in gender based violence, teenage marriage and pregnancy.

Historically, of the budget received by Malawi from the UK, health and education were the main beneficiaries. With a projected budget cut from £109m to £44m in the financial year 2021/22, these services will be severely affected. Services likely to be affected include family planning, HIV/AID prevention, and sexual and reproductive health clinics which provide women with the knowledge to defend their rights and the ability to control her family size to reduce poverty and hunger.

Any decrease in educational opportunities for girls will have far-reaching repercussions leading to increases in child marriage, gender violence including FGM, population growth, poor health and increases in HIV infection. Malawi already faces a problem of girls under enrolling in both primary and secondary school both of which are crucial in reducing poverty and increasing literacy.

Poverty is a key barrier for girls entering education. Even though primary education is free, parents may find it a “burden” and will often choose to educate their son rather than their daughter. Hunger may force a family to marry off their daughter (one less mouth to feed) – in Malawi, the prevalence of child marriage means that about 46 percent of girls are married before the age of 18 and 9 percent before the age of 15.

Malawi has one of the highest prevalence of HIV in the world particularly affecting women aged between 25 and 29. The prevalence of HIV often prevents girls from completing their studies. HIV leads to high levels of infection in unborn babies and creates thousands of orphans, often requiring girls to abandon school to care for siblings. Other barriers to education include pregnancy and illness.

Early marriage and pregnancy increase gender inequalities, increasing poor health and population growth. UNICEF has identified child marriage as a main driver of poverty.   According to UNICEF: “a marriage between a child and an adult mark the beginning of a personal tragedy for the child involved”.

Such practices increase exposure to harmful traditional sexual rituals leading to sexually transmitted diseases, pregnancy and population growth. Gender-based violence is high and includes child marriage, domestic violence, genital mutilation and femicide, which damage individuals and society. Keeping girls and boys safe empowers each individual to make positive decisions about the future; their education and sexual health and facilitate participation in the economy.

With the help of donor nations and NGOs, Malawi has made progress but more needs to be done regarding gender equality, and the elimination of poverty; the proposed cuts will seriously impede progress by reducing health care provider training and service provision.  The United Nations Population Fund (UNFPA) provide family planning services to women and girls in Malawi is set to lose up to £130m which will result in a 50 percent reduction in services and an increase the number of unplanned pregnancies, such funding, according to UNFPA would also have prevented around 250,000 maternal and child deaths.

Cutting international aid to some of the poorest countries in the world seems to be immoral, particularly considering the unprecedented challenges countries like Malawi are facing from poverty, Covid-19 and climate change, which bring uncertainty to us all.

The UK has a valuable role to play in providing funding to community-based organisations such as the UNFPA who work at the grassroots level, providing practical help and information to the women and girls who most need support. Community projects such as UNFPA who provide vital health services, the Lodge in Luwawa forest providing skills and employment for local people, and the nursery working to improve important early child development for the children of the forest families are such projects. We all have a role to play in helping girls and women in the future. In the local language Chichewa, Malawi means fire or flames, and is often called ‘the warm heart’ of Africa.