The third round of talks on the future relationship closed yesterday with very little progress on the substantive issues but with the first real glimpse of the UK’s true negotiating stance. 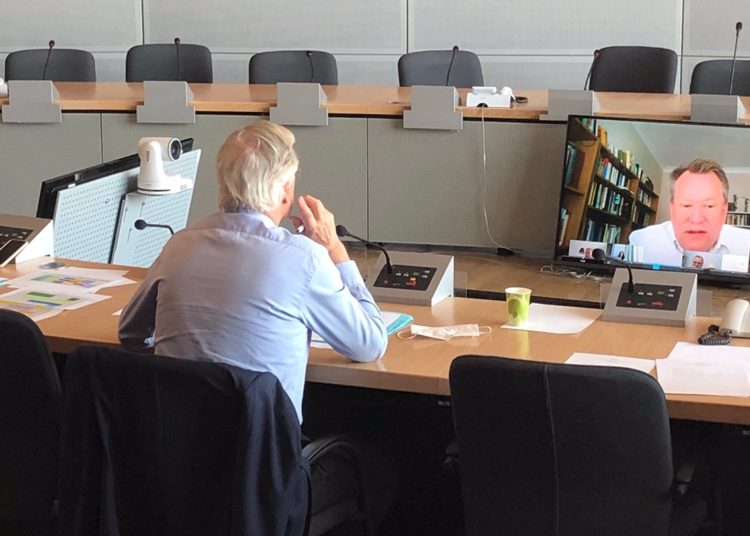 The third round of talks on the future relationship closed yesterday with very little progress on the substantive issues but with the first real glimpse of the UK’s true negotiating stance.

“The major obstacle to this is the EU’s insistence on including a set of novel and unbalanced proposals on the so-called ‘level playing field’ which would bind this country to EU law or standards, or determine our domestic legal regimes, in a way that is unprecedented in Free Trade Agreements and not envisaged in the Political Declaration.”

The fact that there are four references to a ‘level playing field’ (LPF) in the political declaration including a whole section on it (XIV on page 14) must have slipped his mind.

Barnier’s closing speech was a model of clarity. It showed how the bluster, lies, contradictions and inconsistencies implicit in Brexit over the last five years have finally hit a brick wall. All the hubris, magic solutions and wishful thinking have reached the end of the road. They ran up against Barnier’s impeccable logic.

And we started to learn the truth about the government’s position. It becomes clear why they have been so reluctant to publish anything. We are still at the have-cake-and-eat-it-stage.

All the talk of Britain only wanting a “standard” Canada style free trade agreement is just so much hooey. We are actually asking for far more than Canada has. Barnier gave examples of UK demands to maintain the benefits of being a Member State, without the obligations. He says we want:

Barnier also told us the UK has set itself an objective of carbon neutrality and says it “wants to maintain high social and environmental standards – even higher than the EU. That should make it possible to engage in detailed discussions on these points, to give ourselves concrete, mutual and reciprocal guarantees, and to identify appropriate instruments.  Yet, the UK refuses this discussion,” he said.

One has to ask why that is?

There was no progress on the issue of the single governance framework that the EU believes is necessary to build a close and comprehensive partnership with the UK to, “guarantee its efficient and transparent implementation.”

The EU side was disappointed by the UK’s lack of ambition in a number of areas that may not be central to the negotiation, but which are, Barnier said, “nonetheless important and symbolic” and he gave examples:

In other association agreements, Barnier added, the EU has mechanisms to ensure the voices of parliamentarians; NGOs and social partners are heard.

He asks, “Why does the UK refuse to include consultation mechanisms with our European and British parliaments and with civil society in our future agreement?”  Quite.

Other articles by this author:

On police and judicial cooperation in criminal matters, two fundamental obstacles stand in the way. The UK refuses to commit to guarantees protecting fundamental rights and individual freedoms resulting from the European Convention on Human Rights, as agreed in the Political Declaration.

Again, one has to ask why it is?

Barnier claims the UK is also “asking the Union to ignore its own law and the jurisprudence of the European Court of Justice on passenger data (‘PNR rules’). That is of course impossible.”

He said Gove’s recent suggestion that Britain would accept tariffs, if that meant the UK could be free of the LPF obligations, amounted to a proposal to reinstate tariffs not seen for decades, something the EU sees as an “anachronism”.

But in any case, negotiating tariffs line by line, as with Japan and Canada, would take “years” and Barnier asked if the EU was to understand from the suggestion that Gove wanted an extension. He reiterated the fact that, “even if we were to eliminate on 98 per cent or 99 per cent of tariffs, the EU would still demand the same strong level playing field guarantees.”

In a strong signal that the EU will not move on the LPF issue Barner said, “Economic and commercial fair play is not for sale! Open and fair competition is not a ‘nice-to-have’. It is a ‘must-have’.”

This is how Barnier summed it up at the end:

“We are negotiating a trade agreement with a third country here – one that chose to become a third country. This is not an opportunity for the United Kingdom to “pick and choose” the most attractive elements of the Single Market.

“This makes me believe that there is still a real lack of understanding in the United Kingdom about the objective, and sometimes mechanical, consequences of the British choice to leave the Single Market and the Customs Union.

“You cannot have the best of both worlds!”

Dementia and Covid-19: The lonely impact of social distancing can lead dementia symptoms to quicken

Dementia and Covid-19: The lonely impact of social distancing can lead dementia symptoms to quicken