Trump, Facebook, democracy and rights: how to handle free speech in an age of information chaos

Marc Limon writes about Facebook's decision to ban Trump indefinitely from their platform; the Oversight Board warned that social media companies have a responsibility to strike a balance between free speech, and safety. 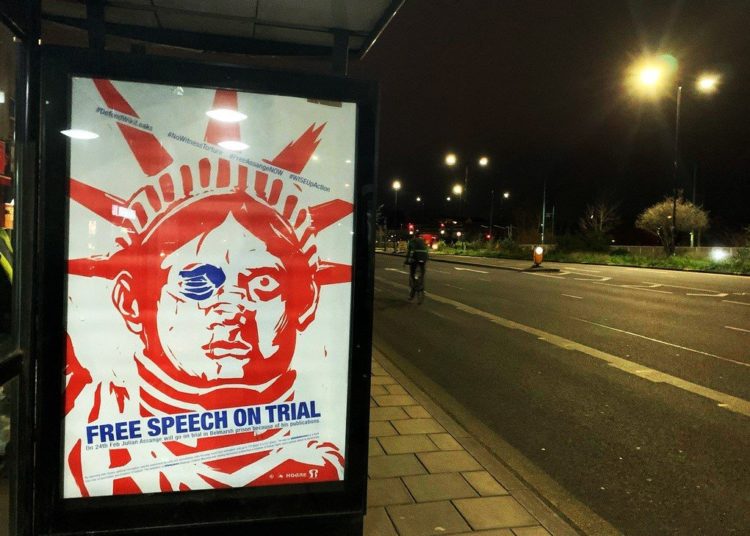 In January, the Facebook Oversight Board reviewed the social media giant’s decision to ban then President Donald Trump from its platform. Alan Rusbridger, member of the ‘Facebook Supreme Court’ and former newspaper editor, set out in stark terms the board’s dilemma:

“On 6 January, he was the president of the United States: probably the most powerful man in the world. He should be free to speak his mind, and voters should be free to listen. But he was also a habitual liar who, by the end of his term, had edged into repudiating the very democracy that had elevated him”.

Like all Americans, Trump enjoyed the right to freedom of expression and opinion, and the US electorate had the right to hear him. But ever since his defeat to Joe Biden in November, Trump had regularly used his position of power to spread disinformation about the election (‘stop the steal’), to incite hatred against his political opponents, and eventually a violent attack on the US Capitol.

The threshold in America for banning speech is extremely high. The usual case of (almost) ‘anything goes’, relies on societal checks and balances – in short, ‘good speech will drown out bad speech’. The high threshold applies in particular, to political speech, which, it has always been believed, should be particularly jealously guarded – so voters know who their leaders are and can hold them to account for what they say and promise.

It therefore came as a surprise to many observers and human rights experts when Facebook (and later Twitter) made the decision in January to remove Trump from their platforms. Their judgments have significant implications not only for US democracy, but for international human rights law, and for politicians (especially populist politicians) around the world. Might they too be banned if they repeatedly lie or spread disinformation?

Are US attitudes shifting?

There are a number of reasons to believe American attitudes towards free speech are changing. First and foremost is the unprecedented nature of Facebook’s and Twitter’s decisions to ban President Trump.

American social media platforms have long presented themselves as venues for unfettered free expression. A decade ago, Twitter employees used to brand the start-up as ‘the free speech wing of the free speech party.’ In late 2019, Mark Zuckerberg gave an address defending Facebook’s allegiance to First Amendment principles—including his oft-stated belief that platforms should not be ‘the arbiters of truth’.

Social media platforms during the pandemic and 2020 election

And yet, neither Twitter nor Facebook have maintained these positions. Their increasingly interventionist policies during the 2020 presidential election, together with various moves to prevent of dangerous disinformation during the pandemic, explains Eyelyn Douek, a doctoral student at Harvard Law School, are part of a realignment of American society as it seeks to balance freedom of expression with the democratic integrity of the American republic, and wider societal imperatives.

The pandemic and the election have, according to Douek, “exposed the hollowness of social media platforms’ claim to American-style free speech absolutism”. She points out that free speech can no longer be viewed through the lens of the First Amendment, but instead they are “now firmly in the business of balancing societal interests”.

America is seemingly moving in the direction of many of the country’s international partners – towards what she calls a ‘proportionality approach’. Free speech must be protected, but in any functioning democracy, there are certain circumstances in which speech needs to be restricted.

According to Douek, the criteria for restricting speech must be reasonable and justified, and not simply ‘I don’t like it’. The means of restricting speech must also be effective in “achieving the aim that you’re saying you restricted it for”. When such criteria are met (for example, where a Tweet that spreads dangerous disinformation about Covid-19 treatment is simply ‘tagged’ by Twitter), then speech can be restricted.

Shifting towards an interventionist approach

Many senior US politicians, in particular Democrats, including President Biden, are moving towards this more interventionist or ‘proportional’ approach. In a recent interview with the Guardian newspaper, former US Secretary of State Hillary Clinton warned of the danger to democracy of lies flourishing online.

Clinton herself was subjected to and undermined by “a tidal wave of fabricated news and false conspiracy theories” in the 2016 election campaign.

The solution? “Big tech’s wings [need to] be clipped”. Warning of the breakdown of shared truth posing a “danger to democracy”, Clinton suggested that an American and global reckoning with disinformation was essential to avoiding “monopolistic power and control… that the [social media] platforms currently enjoy”.

The world is at a pivotal moment, she said; China’s swift rise to global power is offering an “alternative model to the world”, which they contrast with an image of democracy as messy and lacking social cohesion. Clinton quotes Biden that history will soon “judge whether autocracy or democracy was more successful”. He is, she believes, correct.

The shift towards a ‘proportionality approach’ to free speech in a democracy is also evident in Facebook Oversight Board’s verdict on whether to uphold or reverse Donald Trump’s indefinite ban. They concluded that Facebook was both right and wrong. Right to remove his 6 January words and right, the following day, to ban the president from the platform. But wrong to ban him indefinitely.

The key word here is ‘indefinitely’. The board suggested that by banning the president indefinitely, Facebook was “avoid[ing] its responsibilities”. What the social media company has been instructed to do now is to re-examine the arbitrary penalty it imposed on 7 January. It should take account of the gravity of the violation and the prospect of future harm.

A huge moment for the UN human rights system

Diplomats at the UN Human Rights Council crave relevance and impact. In the (momentous) case of Facebook’s (and Twitter’s) decision to first censure and then ban Trump (and thus help defend US democracy while protecting legitimate free expression), the Council and the wider UN human rights system, have undoubtedly secured both.

In the Trump case, the Facebook Oversight Board sought to apply an international human rights lens in trying to balance freedom of expression with possible harms. They considered the right to freedom of expression (articles 19 and 20 of the International Covenant on Civil and Political Rights), while also remembering the qualifying articles of the right to life, security of person, non-discrimination, and participation in public affairs.

Importantly, the Board also considered the 2013 Rabat Plan of Action, which attempts to identify and control hate speech online.

The board later sent Facebook a number of advisory statements. One of these concentrated on the question of how social media platforms should deal with ‘influential users’ (such as, for example, political leaders).

Member of the board, Rusbridger made the following statement:

“While it’s important to protect the rights of people to hear political speech, if the head of state or high government official has repeatedly posted messages that pose a risk of harm under international human rights norms, Facebook should suspend the account for a determinate period sufficient to protect against imminent harm”.

Rusbridger concludes by pointing out that social media is still in its infancy. It cannot be solely described as a “platform” or “publisher”, instead he says it is an “infant space for the unprecedented mass exchange of views”.

The Oversight Board itself is “taking its first steps”, and their decision around Trump will not and cannot, “possibly satisfy everyone”, but it is certainly a bold move towards analysing and effectively handling free speech “in an age of information chaos”.