Many Brexiters seem perfectly happy to trade from next January with what is easily our largest and closest market without any deal at all. 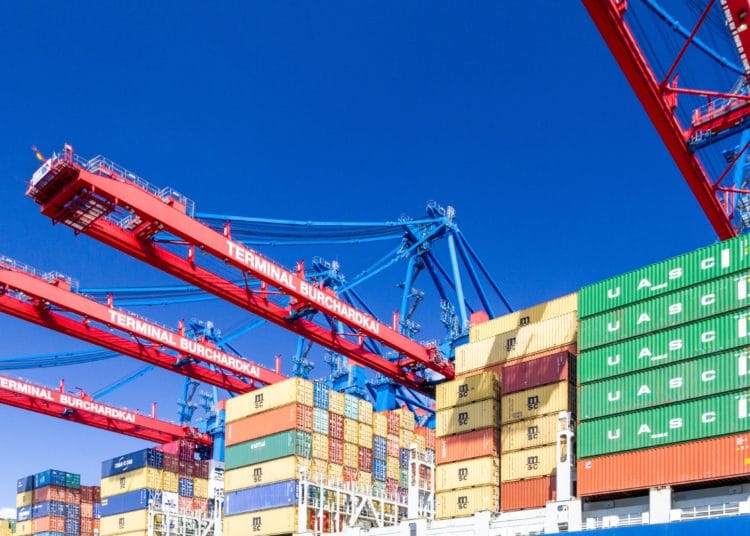 Photo by Dimitry Anikin on Unsplash

For many Brexiters, striking preferential deals under our own trade policy was the whole raison d’être for leaving the EU. Yet paradoxically they seem perfectly happy to trade from next January with what is easily our largest and closest market without any deal at all. It makes no sense does it?

Free trade deals are apparently so vital that we have to go through a massive constitutional upheaval to get our own versions, and begin talks on a US deal while both sides are still grappling with a global pandemic, but pledge to give up the most important deal of all, with the EU, at the end of the year come what may.

Free or preferential trade is either important or it isn’t, although Michael Gove, when he appeared before the future relationship select committee on 27 April, seemed confused and suggested it was both (see below). The difference between the Canadian approach (a free trade deal) and Australia (no deal at all) was “not huge” he told the puzzled MPs on the committee. If this is so, one wonders why new trade deals were ever an argument for Brexit in the first place.

The next paradox is the chasm between the way we are approaching the two sets of negotiations taking place in parallel, with the EU and USA

Liz Truss kicked off the American trade talks last week by issuing a fawning statement and sweet-talking the Americans over a teleconference meeting. Her remarks are so fulsome as to be almost embarrassing. Meanwhile No 10 routinely insults the EU and issues veiled threats to walk away if we are not making progress quickly.

Guess which trade partner this is aimed at for example:

“The Government would hope that, by [June], the broad outline of an agreement would be clear and be capable of being rapidly finalised by September. If that does not seem to be the case at the June meeting, the Government will need to decide whether the UK’s attention should move away from negotiations and focus solely on continuing domestic preparations….”

The USA is 3,000 miles away compared to mainland Europe which is only 22 miles across the Channel, and with whom we do three times the trade.

Another paradox is that a deal with the Americans is likely to raise UK gross domestic product (GDP) by about 0.16 per cent after fifteen years. Any immediate improvement in trade will be imperceptible and on a gradient so shallow that barely anyone outside of a farm in either country will notice. For our agricultural industry it risks disaster and yet Ms Truss is falling over herself to get it. Curious.

On the other hand, talks with the EU are about a cliff edge of one sort or another with UK GDP falling by up to 9.0 per cent over the same time period (HERE page 6). The only difference between a Canada-style free trade deal or none at all is the height of the cliff. Nobody in Britain will fail to notice. There will be huge overnight disruption to trade with our main partner, that we are doing little or nothing to avoid.

This week the government set out its approach to negotiations with Japan to replace the deal signed with the EU. In a nice, polished document under chapter 1: the strategic case, we get this, “The government’s ambition is to secure free trade agreements (FTAs) with countries covering 80 per cent of UK trade within the next three years, to become a truly Global Britain”. This will be made impossible if we leave the EU (accounting for 50 percent on its own) without a deal in December. Again, threatening to walk away makes no sense.

The final paradox is the strange belief that trade lost with the EU will be made up by more trade being done with America and others, perhaps even with the Trans Pacific Partnership of Japan, Australia and New Zealand on the other side of the world. This ignores the gravity model of world trade, a well-known phenomenon going back thousand of years which means you do most trade with countries closest to you and least with those furthest away.

Robbie Gibb a former Downing Street Communications Director, and prominent Brexiter, is the latest to argue that globalisation has rendered the gravity model out of date. He wrote a Telegraph article last Saturday urging the government that: Extending the Brexit transition would be a terrible error if EU intransigence crashes the talks. His piece received quite a bit of pushback on Twitter.

(The “intransigence” he talks about by the way is the EU’s insistence about a level playing field with Britain because of its size and proximity, while we want to have different rules – although nobody has yet explained which ones we want scrapped.)

To one respondent he tweeted:

.@pacquep I’m of course aware of the EU argument about proximity, but it’s a red herring. In the modern world of international commerce and trade, geography is irrelevant. It’s just the EU excuse to keep us in its orbit.

Someone else then tweeted a link to an article on the LSE Blog with references to the World Trade Organisation’s own statistics showing trade flows within regions far exceed trade between them, plus a detailed academic paper showing the gravity model was alive and well.

In any case globalisation itself is under the spotlight because of coronavirus with an interesting piece in Der Spiegel (in English) asking if we are now seeing the start of deglobalisation after coronavirus. China’s cost advantage is shrinking and the writer claims German manufacturers have begun “shifting priorities from making the supply chain as cheap as possible to making it as secure as possible” using local trusted suppliers.

Trading with distant partners is always going to be slower, riskier, more damaging to the environment and other factors may now be driving decisions about supply chain resilience.

The trade ‘benefits’ of Brexit were well oversold and may be the first ones that Leavers will recognise as false.