Trade and the American ‘take-no-prisoners’ approach to negotiations

The fact they elected a Trump as president in 2016 shouldn’t blind us to the fact that the United States is our friend and ally. 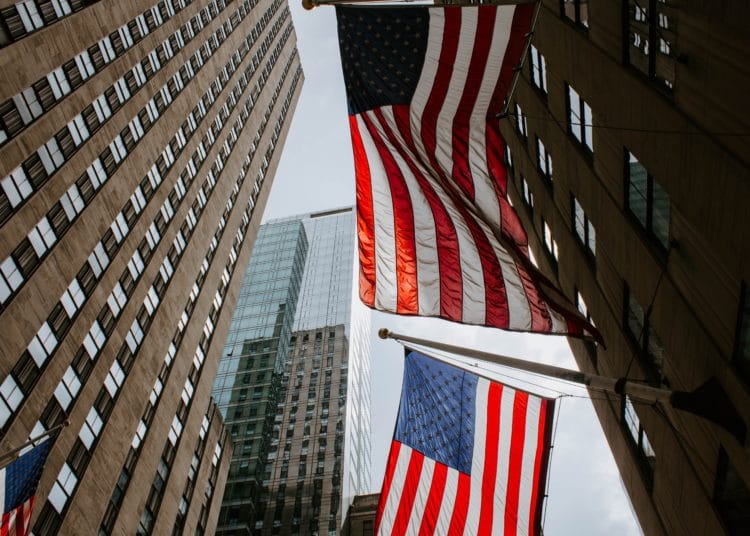 Photo by Aditya Vyas on Unsplash

Let me begin by saying the United States is our friend and ally. The fact they elected a Trump as president in 2016 shouldn’t blind us to that fact. For all their faults the world would be a very different place if Russia or China had been the dominant post-war super power. We should be eternally grateful for American generosity, openness and attachment to democratic principles.

But in matters of trade they look after their own interests and make no bones about it. As early as February 2019 they published specific negotiating objectives for a US-UK trade deal, described by CNN at the time as giving the UK a preview of what it can expect from their “take-no-prisoners” approach to trade negotiations after Brexit.

It has been noted that their objectives do not include the usual diplomatic remarks about a deal being of mutual benefit – presumably because it isn’t.

Robert Lighthizer, the chief US negotiator, has written a piece for the July/August issue of the Foreign Affairs website where he sets out the aims of US trade policy under the Trump administration:

“What most Americans want is something else: a trade policy that supports the kind of society they want to live in. To that end, the right policy is one that makes it possible for most citizens, including those without college educations, to access the middle class through stable, well-paying jobs.”

As I said they are very open and make no secret of what they want to achieve and the means by which they intend to achieve it. This includes “comprehensive market access for US agricultural goods” which means chlorine-washed chicken, hormone-fed beef as well as ractopamine and a lot of antibiotics.

They want to “remove expeditiously unwarranted barriers that block the export of US food and agricultural products”. This is in connection with genetically modified crops.

More than that, they don’t want the consumer to know what their agricultural products contain, by establishing “new and enforceable rules to eliminate unjustified trade restrictions or unjustified commercial requirements (including unjustified labelling) that affect new technologies.”

Even The Mail on Sunday seem to be getting cold feet, with an article asking “What have they got to hide?” The paper conducted a survey in countries that import US meat and found the labels “give no hint that more than 90 per cent of beef cattle has been fed with growth hormones, and nearly all chickens have been washed in chlorinate to make up for poor welfare standards.”

Andrea Freeman, a law professor at the University of Hawaii, who has extensively studied US meat production, is quoted by The Mail saying American meat labelling “seems designed … not to remind [consumers] what is in their food”. She adds: “It is psychologically manipulative rather than informative.”

Nobody can say we weren’t warned. In addition, the US publishes an annual report into what it calls Foreign Trade Barriers. The 2020 edition is HERE. It runs to 542 pages and covers 63 countries that it perceives to have barriers for US exporters. Most countries’ entries occupy 4 to 10 pages. The EU is singled out as a special case to which no fewer than 45 pages are devoted.

Scanning this section (starting at page 171) gives you an idea of what they would like to see changed with the European approach. It should also enlighten Liz Truss, our trade secretary, because in some areas America’s problems with the EU will soon be ours, as we negotiate preferential access to the single market as a third country.

The report talks of “persistent barriers to entering, maintaining, or expanding their presence in certain sectors of the EU market.” It expresses concern about “several Member State policies affecting market access for pharmaceutical products, including non-transparent procedures and a lack of meaningful stakeholder input into policies related to pricing and reimbursement, such as therapeutic reference pricing and price controls.”

No prizes for guessing which country they are talking about.

The report complains about the EU REACH system (registration, evaluation, authorisation and restriction of chemicals) and CLP (classification and labelling). They agree about the importance of regulating chemicals but claim the controls are “either more onerous for foreign producers” or “simply unnecessary.”

They are also unhappy about EU labelling requirements in general, some of which require products to carry a label indicating if they contain known carcinogens, “even when a company can show that there is no risk of exposure to the chemical in the product.” They claim this is somehow more onerous for US companies, presumably because they don’t know what’s in their products and don’t want to know.

And for post-Brexit Britain, the Americans raise a couple of interesting issues. Firstly on a couple of orgnisations called CEN and CENELEC: European standards-setting bodies that the US wrongly believe to be EU institutions. They complain that although US companies use European standards, known as ENs, they have “no meaningful direct or representational opportunity to participate or provide technical input.”

At the moment the UK remains a member of both CEN and CENELEC. But the British standards website says that is only until the end of 2020 when they will “update their statutes to reflect the UK’s departure from the EU”. This has now been extended temporarily to the end of 2021.

In a familiar refrain about the EU becoming the global standard setter, the USA complains the EU “promotes adoption of ENs in other markets and often requires the withdrawal of non-EU standards as a condition of providing assistance to, or affiliation with, other countries, which can give EU manufacturers commercial advantages in those markets.

“The EU’s approach to standards-related measures, including its conformity assessment framework, and its efforts to encourage governments around the world to adopt its approach, including European regional standards, creates a challenging environment for US exporters.”

Yorkshire Bylines covered this in an article from May 2020: Why the UK will never break free of the EU’s regulatory gravity.

It will soon be a “challenging environment” for UK exporters as well.