Tokyo Redux - if you want to bury yourself in a novel then David Peace’s ‘factional’ re-creation of the Shimoyama mystery is the ideal place. 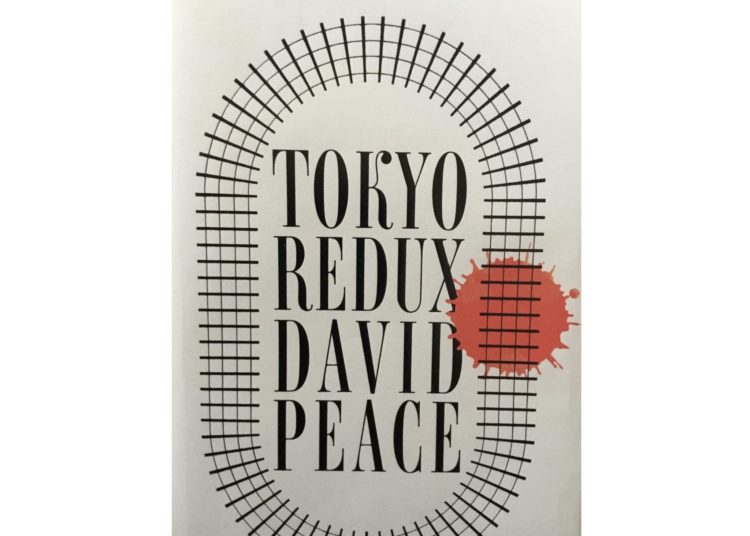 Image of the cover of the book "Tokyo Redux", provided by the author

On 5 July 1949, Sadanori Shimoyama, president of the National Railways of Japan, set off for work. Next day, his body was found, in pieces, on a railway line. The mystery of how he died has never been solved.

If you want to bury yourself in a novel then David Peace’s ‘factional’ re-creation of the Shimoyama mystery is the ideal place. If you want to experience the unique prose style of a writer thought by many to be the finest of his generation, then this is one of the better places to start. There’s still an additional effort involved, but if you’ve ever been curious as to how far someone can take the novelistic form, then Peace’s works are a sordid delight.

Hailing from Ossett but now living in Japan, Peace is already feted for his earlier works, including The Damned United, The Red Riding Trilogy and GB 84. When you enter his world, it can be a journey into a tortured world of flawed and doomed central characters whose one redeeming feature is often a dogged compulsion to right a wrong or dig up the truth.

The Shimoyama case, given extra topicality by being set in Tokyo (even, in one section, during the 1964 Olympics), is as big a story in Japan’s history as the assassination of JFK. The stuff of frenzied media speculation ever since, it is fertile ground as raw material for Peace’s mind-bending faction style.

This is the final part of his Japanese trilogy, which began in 2007 with Tokyo Year Zero. Peace’s genius is to lift the lid on what, for westerners, is an unknown aspect of post-WW2 history and completely immerse you in it, body and (especially) soul.

Once you’ve got used to his stylistic quirks – like dispensing with punctuation marks in dialogue, Japanese characters using West Riding idioms, and his trademark repetitive narrative – you’re taken on a harrowing search for truth in the time of the US occupation, which keeps you turning the pages both ways.

It’s also an ideal book to read somewhere hot, as Peace creates an atmosphere of oppressive humidity which will make wherever you are seem cool by comparison.

It’s hardly a relaxing read, but in a world of formulaic potboilers it’s like an invigorating yomp up a steep hill for your brain. Don’t expect a beautiful view at the top, but your mind will think it’s worth it.

While you’re at it, why not support a local bookshop and order it from them? I got my copy (signed by the author!) from https://to-be-read.co.uk/.