John Cornwell recalls three Polish war memorials from the city of Bolesławiec in Poland, the site of a former concentration camp. "It was sad reminder of how history, once so furious and meaningful in a place, moves on and what was once so vitally significant is now just a footnote in a peaceful neighbourhood." 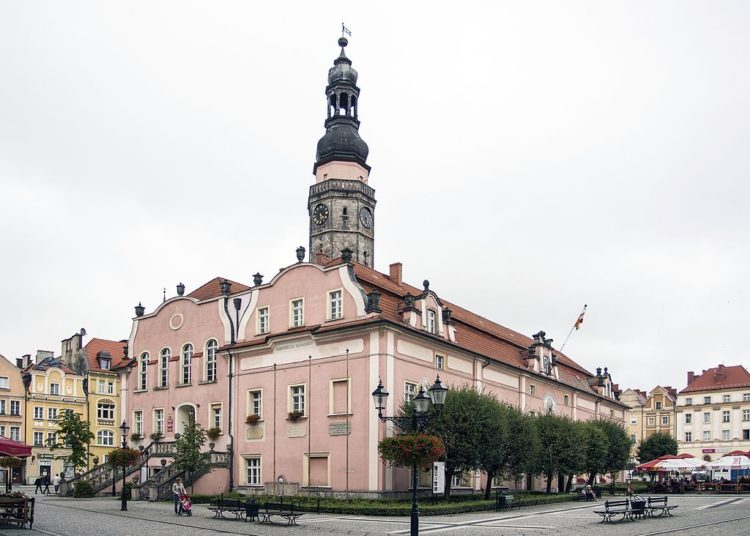 Some years ago, when the Communist government in Poland had first been toppled, I visited Dolnośląskie, the southwestern province of Poland that a generation earlier had been Silesia in the ‘German Empire’. Towns now all had Polish names that were often completely different from their earlier German names. The provincial capital once Breslau on the Oder River had become Wrocław, whilst the small town where I was staying had become Bolesławiec, formerly called Bunzlau before 1945.

Three war memorials served to illustrate and define what happened here in 1945, when the Soviet Army swept through this area on its way into central Germany and the capture of Berlin. In a nearby churchyard there was a memorial plaque on the wall that had been cemented over many years previously but was now starting to peel away, revealing the names in Gothic script of long-dead villagers who had been killed in the 1914–18 war. I could just make out a few of the names and they were not Polish, but the Karls, Josefs, Gottliebs and Heinrichs who had lived in this local community; whose names had for 50 years been literally airbrushed from history. I peeled off some more cement and revealed over 20 names of local men who by a strange irony of history were unaware that the “heimat” they had fought for was now Poland, not the German Reich in whose army they had served and perished.

They would have struggled to understand the turn of events, as would the Home Army fighters of the Lwów AK who were killed by the Nazis and yet are commemorated by a plaque in the main Catholic church in the centre of Bolesławiec, hundreds of miles west of Lwów. In the summer of 1945, their surviving families had been driven out of Lwów, when Stalin had incorporated the area into the Soviet Union, and dumped in a Silesian town they had never heard of, whose German population had either fled or been driven out across the Neisse river into Saxony. The newcomers were allocated houses that had been abandoned by their German owners and they settled down permanently in this attractive town that looked so German, despite the battering it had taken when the Russians fought their way through there in the spring of 1945.

The third memorial is perhaps the most surprising of all. On the southern outskirts of the town, there was a tall obelisk set within a walled military cemetery. A poignant reminder of the sacrifice of these same Red Army soldiers who lost their lives in the battles round about Bolesławiec in 1945. You pass through the wrought iron gates to discover that the obelisk is surrounded by several long lines of tall individual memorials. The cemetery did not have the pristine neatness of Commonwealth military cemeteries where the headstones are modest but eloquent and the lawns impeccable. Instead, in this Russian cemetery, there were around 300 tall memorials crowded together, identical except for the name and rank details. Standing around the height of an average soldier, they were built of cheap concrete with a red star at each apex above crossed tommy guns. Furled red banners were displayed vertically along their sides and whilst the red colouring was now fading, it must have once been very bright. The whole appearance looked rather kitsch and the construction amateur. I didn’t know if this was a standard design for memorials over Soviet Army graves, but I had never seen their like.

On each memorial was an inscription in Cyrillic that was still fairly clear. I soon found I could translate the essential information about surnames and units and dates of death, but the most amazing discovery was that these memorials were all for officers. Most of those commemorated were lieutenants and captains with quite a few majors and colonels as well. That this was an officer-only cemetery was so astonishing and unexpected for the supposedly classless Soviet Union. Western armies did not differentiate in their 20th century military cemeteries, where officers’ graves stand alongside those of privates and NCOs, whereas it soon became clear that the ordinary Red Army soldiers had just been buried in mass graves.

I visited Bolesławiec again a few years later and once again made my way to that Russian cemetery on the edge of town. The gates now were rusting and padlocked, so that I could only look in through the bars at the memorials and see that some of them had begun to crumble and others had fallen over. It was sad reminder of how history, once so furious and meaningful in a place, moves on and what was once so vitally significant is now just a footnote in a peaceful neighbourhood.

Whilst there was nothing but contempt for the Russians who had foisted Communism on them for 45 years, the Polish people I met were more ambivalent about Germans. They had started to welcome them back as tourists, many of them visiting to see their old family homes and businesses. Perhaps we would all do well to be careful of these bonds of friendship. Nothing is settled forever in this cockpit of Europe. If the Poles or Germans need convincing of this, let them look no further than the United Kingdom, once so proud, respected and solid yet now in great danger of being torn apart, ironically by Brexit that was supposed to hand back control.