Pauline Allon details the life and death of Lisa Montgomery, one of the last people to be executed during Donald Trump's term in office. 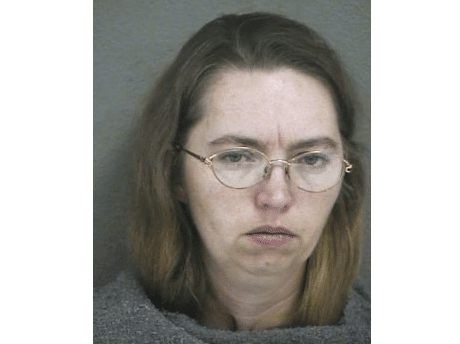 Lisa Montgomery died by lethal injection at the hands of the US government on Wednesday 13 January 2021, in the federal prison complex in Terre Haute, Indiana.

Born 27 February 1968 in Kansas, USA, to Judy Shaughnessy, an alcoholic, Lisa was the only woman on death row in Terre Haute and the first woman to receive the death penalty by the US government for 67 years. She was however the 11th prisoner to receive the death penalty since July 2020, when President Donald Trump, a supporter of capital punishment, resumed the practice after 17 years. The death penalty is described as the “execution of an offender sentenced to death after conviction by a court of law of a criminal offence”. Capital punishment has been abolished in the UK since 1969 but it continues to be used in 56 countries around the world.

Kelly Henry had been one of Montgomery’s lawyers since 2007, the year she was sentenced to death. Henry prepared a plea for clemency asking the court to show leniency due to “Montgomery’s serious mental illness and inability to understand what was happening to her”. She argued that Montgomery had lost her mental capacity due to extreme violence and cruelty suffered as a child. However, the attorney general, William Barr was not persuaded and announced that, due to the heinous nature of the crime the execution was to go ahead.

The tragic life of Lisa Montgomery

Lisa Montgomery’s tragic life started before she was born. Her mother was an alcoholic and later in life, a medical assessment would reveal Lisa had probably been born with foetal alcohol syndrome, a condition that causes delay in intellectual development and learning disabilities.

Lisa had a half-sister, Diane Mattingly, with whom she shared a father. When Lisa was four years old and her sister eight, their father left home leaving the two girls at the mercy of Shaughnessy and her succession of boyfriends. Shaughnessy, a cruel and according to Mattingly “evil” mother, regularly handed out punishments such as regular beatings, taping their mouths shut and pushing them out into the snow naked.

The Guardian describes in a recent article how one of Shaughnessy’s boyfriends started raping Mattingly, the older girl, when she was eight. At just four years old, Lisa lay besides her sister holding her hand. Mattingly was eventually removed from the family home and placed in social care, leaving Lisa at home with Shaughnessy and her new husband Jack, a violent alcoholic who started to sexually abuse Lisa.

It was during interviews carried out by Henry with Mattingly that the true horror of the attacks endured by Montgomery became clear.

According to Mattingly, the stepfather had built a shed onto a trailer where he and his friends took 11-year-old Lisa and repeatedly gang raped and beat her, causing psychological trauma and traumatic brain injury, later identified through MRI scans. Lisa was also trafficked by her mother, who allowed workmen visiting the house to sexually abuse Lisa in exchange for payment of work. The tragedy of the case, according to Henry, was that “adults in positions of authority were aware of what was happening but did nothing”  – there were opportunities lost that are now regretted. The contrast could not be more stark between Lisa and her half-sister Diane, whose foster placement provided a loving and caring environment.

As the Guardian reported, when Lisa was 18 in 1986, she married her stepbrother and had four children in five years. But if Lisa had hoped the marriage would be an escape from violence and abuse it was not to be. According to a relative, evidence existed that Lisa was raped and beaten by her husband; sadly the violence and abuse continued. Later in the marriage, she began to show early signs of mental illness, which included bipolar disorder, post-traumatic stress disorder and traumatic brain injury. Lisa eventually divorced her husband in 1998 and married Kevin Montgomery in the year 2000 and, although sterile, she began to fantasise pregnancy, and exhibit signs of complete detachment from reality. Lisa was later diagnosed with a rare condition called pseudocyesis which triggers hormonal and physical changes as in pregnancy.

In 2007, Lisa Montgomery 36, was found guilty, by jury, of the premeditated murder of 23-year-old Bobby Jo Stinnett who was eight months pregnant. The next day Montgomery was sentenced to death.

Lisa and Bobby Jo had developed an online relationship through a shared love of dogs. In 2004, Montgomery drove 285km from her home in Kansas to the home of Stinnett in Skidmore, a small town in Missouri. There she strangled Stinnett with a rope, before cutting and removing the baby from the womb, leaving Stinnett to bleed to death.

Montgomery was arrested at her home the following day, where police found her cradling the premature baby in her arms, initially stating to police that the baby was hers. The baby survived and was cared for by her father. Following the murder, the media went to town, calling Montgomery the “Womb raider”. Family and residents of Skidmore were traumatised by Bobby Jo’s murder, a popular, well-known and respected member of the community. The residents could not accept that Montgomery had been diagnosed with psychosis and had performed the crime in the “grip” of severe mental illness. For the traumatised residents, she was evil and deserved to be put to death regardless of her mental health.

The tragic death of Lisa Montgomery

In 2007, a jury convicted Montgomery of the killing of Bobby Jo Stinnett and recommended the death penalty, which was upheld by the judge. In November 2020, an appeals court granted Montgomery a stay of execution, on the grounds of mental incapacity. The appeal was overturned and the execution rescheduled for December 2020 but was postponed as her lawyer contracted Covid-19. On 11 January, one day before the execution a US district court judge granted a further stay in order to determine Montgomery’s mental capacity.

More than 1,000 current and former prosecutors, anti-violence advocates, anti-trafficking organisations, advocates for abused children and mental health asked President Trump to stop the execution. Ultimately, the US Supreme Court ruled against Montgomery in all of the legal challenges including the plea for clemency on the grounds of mental competency and just before midnight on Tuesday 12 January 2021, an order was issued removing the final legal barrier. In the absence of President Trump granting clemency, the execution went ahead on Wednesday 13 January 2021. Lisa Montgomery was declared dead at 1.31am on 13 January 2021.

A question of morality

Was the punishment appropriate to the crime committed? Montgomery’s lawyers certainly didn’t think so, calling the execution “vicious, illegal and unnecessary” and that “everyone who participated in the execution…should feel shame”.

There was little doubt that Montgomery lacked mental capacity to understand the implication of the crime and the punishment. Her lawyers, her half-sister Diane and others argued that her life had been dominated by years of physical and sexual abuse causing severe psychological problems and as a result she should not have received the death penalty.

A Gallup poll in 2019 showed that 60 percent of Americans now favour life imprisonment as a punishment for murder rather than the death penalty. However, approximately 40 percent still believe in capital punishment and this appeared to be particularly true for this murder, where any public sympathy for Montgomery was virtually silenced due to the heinous nature of the crime. The Gallup poll however, suggests that beliefs and attitudes are changing, and with the election of Jo Biden who has pledged to end the death penalty on the federal level, that change may happen sooner rather than later.

Reading through the articles outlining Lisa’s tragic life and death I think that many Americans did believe her death to be a huge injustice. An injustice on top of the injustice she received as a child, when she was failed by her family and by society – repeatedly raped, trafficked, and treated sadistically by her mother, stepfather and others. She did receive help in the end while on death row where, for the first time, she received treatment for her mental illness. Lisa Montgomery continued to maintain contact with her children and eventually accepted responsibility for her crime and expressed remorse.

Sandra Babcock – faculty director of the Cornell Centre on the Death Penalty Worldwide, and consultant to Montgomery’s legal team said, “Lisa is not the worst of the worst – she is the most broken of the broken.”