The impact of demographic change on the US election

Trump's re-election bid relies on white, working class people but the electorate has changed in ways that are more likely to benefit the Democrats 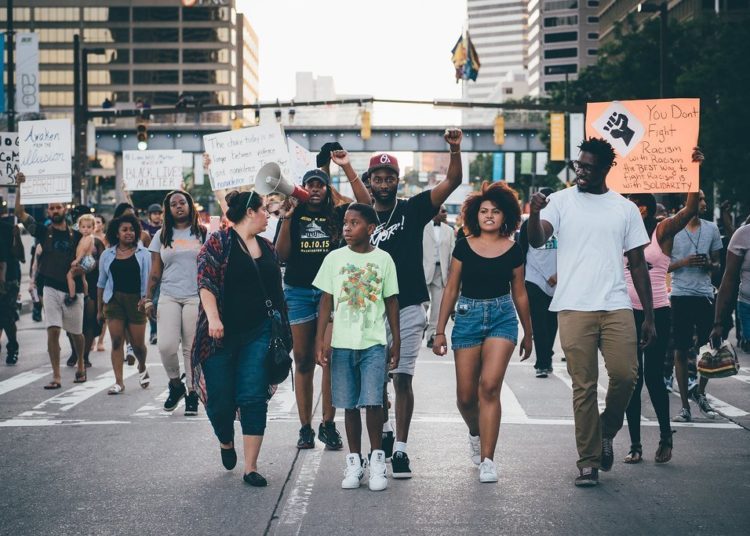 Image by seikoesquepayne for Creative Commons

As America enters the week of the most important presidential election in living memory, it is poignant to consider the changing face of that great nation and, how this may play out in the election itself.

America is not as white as it used to be and this could affect the outcome. In general, non-white Americans tend to vote Democrat whereas the Republican Party, especially under President Trump, has its core support rooted in the white working class, particularly in the rural areas of America.

Donald Trump’s re-election bid is relying on the white, working-class base that elected him in 2016. This time round however, he faces a demographic challenge: the electorate has changed over the last four years in ways that are likely to benefit the Democrats. Trump will have to gain more votes from a shrinking support base or be successful at persuading new, non-white voters, to support him in his re-election bid.

According to Michael Moore, the documentary filmmaker who predicted Trump’s victory in 2016, approximately 70 percent of eligible voters in next week’s election are women, people of colour or young people between the ages of 18 and 25. Some 45 million people have become eligible to vote since Obama was first elected in 2008. Moore warns:

“Trump can win because he thinks he can win. That’s good enough for me. If he thinks it can happen, he will make it happen. He’s an evil genius. People on the left, my friends, focus too much on the evil part; I focus on the genius. He has to be taken seriously”.

According to the Pew Research Centre, a nonpartisan American think tank based in Washington, Hispanics are projected to be the largest racial or ethnic minority group in the US electorate. At 32 million voters, this group has now passed the 30 million eligible black voters for the first time. Projections put the white vote at 66 percent of the electorate, a declining share.

The outcome will of course be decided on the turnout and whether or not these large groups vote as a block. A week ago, the Guardian carried a report that the number of early votes cast in the election was more than 50 million. This number had reportedly climbed to 89 million by Sunday, with just two days to go before election day. Data from the US Elections Project predicted a turnout of 150 million people, which is 65 percent of eligible voters.  This is way above the usual 50 to 55 percent turnout of the presidential elections of the 21st Century.

This has led to startling changes in some individual states. In Texas, traditionally a Republican certainty, the level of voting has already surpassed 70 percent of the total turnout in 2016. In Georgia, some voters are reported to have waited ten hours to cast their ballot when early voting opened. Joe Biden, the Democrat challenger, has brought his closing arguments to Georgia which, were the Democrats to win there, would make it extremely difficult for Trump to win a second term.

Biden cast himself as the candidate on a divine mission:

“God and history have called us to this moment and to this mission. The Bible tells us there’s a time to break down, and a time to build up. A time to heal. This is that time”.

Meanwhile Biden’s running mate Kamala Harris, the first Indian American to serve as a US senator as well as the second African American woman to do so, spent part of last Friday in Fort Worth, Texas, where the Democrats and the Republicans are running neck and neck. She told a socially distanced crowd:

“You all have been doing your thing. Now, we know this is no time to let up on the pedal, though”.

In Texas, nine million people have already voted, surpassing the state’s entire 2016 turnout. The Texas Republican governor, Greg Abbott, has tried to limit drop-off locations for absentee ballots, amid charges from Democrats that Republicans are seeking to suppress the vote.

“They know our power”, Harris told the largely black audience in Fort Worth. “They know that when we vote, we win”.

More than one in five (22 percent) of the US House of Representatives and Senate are racial or ethnic minorities. There has been a long-running trend toward greater diversity on Capitol Hill. Each of the four previous Congresses broke the record set by the Congress before it.

As interested observers looking at their democracy in action, the problem that many Europeans have with the USA is that it doesn’t look or feel inclusive and progressive. The leadership of both main parties looks extremely elderly and extremely white. Attempts to suppress the vote, especially that of people of colour, through blocking voter registration, gerrymandering votes in Florida, and ignoring hanging chads (a fragment from a punch-card ballot paper which has not detached fully, resulting in an incomplete and therefore invalid ballot paper), looks like undemocratic moves to distort the will of the people.

So, the 59th presidential election tomorrow will, in many ways, be a referendum on the very future of democracy in America. It’s poised on a knife-edge. Let’s hope that the citizens of the USA are sufficiently committed to the tenets enshrined in the Constitution by the Founding Fathers, to ensure that this week is historic for all the right reasons.