Andy Brown argues that "a government that has delivered the highest death rates globally, and helped to give the world the English variant of covid, is not in a great position to lecture the rest of the world on its superiority". 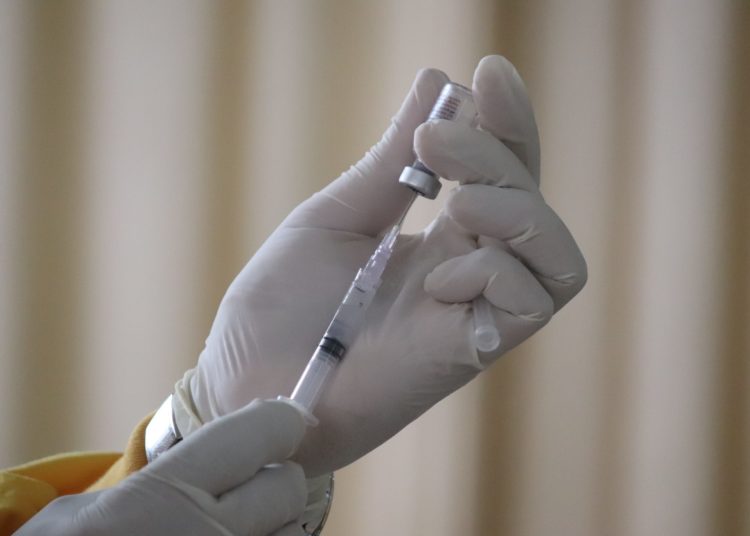 Photo by Mufid Majnun on Unsplash

Last week wasn’t a good one for logical thinking. But then it hasn’t been a great year for it either. The week contained two particularly low points for me. One was reading a headline of the Sun that screamed about the EU taking our vaccines! The other was more personal.

I was volunteering at a vaccine centre where one new person who arrived immediately told me that he was really glad to have come because he wanted to stick one to the Germans. When I seemed reluctant to engage with his comments, he proceeded to offer me more of his detailed insights into the flaws of the German character. He seemed to think that being vaccinated was some kind of football match that England was winning. I fear that he was not alone.

Britain currently has the highest death rate in the world and is third highest over the duration of the entire pandemic, with 1,540 people in every million having died. More than one in a thousand. By contrast, the figure for Germany is 672. If anyone is daft enough to treat this pandemic as a judgment call on national character, it is the British who will come out badly. There is a rather better case for making a judgment call on the relative quality of political leadership. We come out of that exceptionally badly.

Narrow-minded nationalism is rarely a great idea. During a pandemic, it can be absolutely deadly. Without international scientific collaboration, there would be no vaccines. Even the most basic science depends on an international exchange of knowledge. It took scientists from across the world doing ground-breaking research over decades for the existence of viruses to be detected, for their genetic codes to be worked out, and for potential ways of limiting the damage of harmful viral infections to be explored.

At its best, science involves a free and open-minded exchange of information between objective investigators. Early in the pandemic, Chinese researchers released their findings into the nature of the virus so that scientists from across the globe knew what they were dealing with. All the scientists working in the field depend on international scientific journals and on open source shared publications. Few of the teams working in any of the important labs consist of nationals of only one country. Many of the scientists working on vaccine research and development will have trained or worked in several different countries and engaged in academic exchange projects such as Erasmus.

At its worst, science is controlled by what is profitable for a drug company or what a nation’s political leaders want you to believe. As, for instance, has been happening in China since the government decided that a virus couldn’t possibly have originated from within their great nation and must be a foreign import.

Such idiotic nationalism also doesn’t make any sense when it comes to the business end of manufacturing and selling vaccines. It often takes international collaboration to make and distribute vaccines efficiently. The first doses of vaccines used in the UK came from Germany, across EU open borders. They were delivered promptly and efficiently under an internationally negotiated contract.

It isn’t a great idea to start tearing up or ignoring those international contracts when they become inconvenient. The EU has a signed contract for delivery of 300 million doses of the AstraZeneca vaccine. It is not entirely surprising that they are somewhat cross that the company is telling one contracted customer that it will have to wait until all the shipments due to another customer have been delivered.

Can you imagine the fury there would be in Britain if the contracts ran the other way round and the EU was dragging its feet?

That said there are very legitimate grounds for annoyance over the huge mistake that the EU made when it allowed fury at having its contract ignored to persuade it to try and close the border between Ireland and Northern Ireland for the export of vaccines. It takes a particularly high level of stupidity to unite Sinn Fein and Arlene Foster. Clumsily invoking a clause in the Norther Ireland protocol that was never intended to be used for that purpose, was not the EU’s finest hour.

This has happened just at the moment when the majority of UK businesses, huge numbers of farmers and increasing numbers in the fishing communities are queuing up to ask hard questions of Johnson about why he has ruined their ability to sell to their biggest and best foreign market. The focus of the British public should have been on why what was described as project fear has turned into project horrible reality. Instead EU sabre-rattling over vaccines deliveries across a hugely sensitive border served to help Johnson to bury all that bad news under headlines about an appalling EU mistake. It reminded those of us who wanted to remain the EU, because it was the only sensible economic and social decision, of how often we also found it necessary to say that the organisation needed serious and urgent reform.

That is one of the big problems with nationalism. Stupidity on one side tends to produce an excess of stupidity on the other. Right now, we have a global pandemic on our hands. The obvious reality is that no one is safe until everyone is safe. Everywhere in the world. We badly need international collaboration to control the pandemic. Backed up by effective local test, trace and isolate regimes.

The NHS is doing wonders in delivering a well-run vaccine campaign. It can never on its own be enough to control this virus. Focusing on being the first country in the world to get enough of its citizens vaccinated to ensure herd immunity is a really poor idea. Particularly if that one-trick pony approach is going to be accompanied by triumphalist claims that the British do vaccination better and quicker than anyone else. Already there are fears of new strains of the virus arriving in the UK because of its careless approach to airport arrivals. Sooner or later one of those strains is going to require a new round of vaccinations.

A government that has delivered the highest death rates globally, and helped to give the world the English variant of covid, is not in a great position to lecture the rest of the world on its superiority.