An investigation has found evidence of the EU border force being involved in refugee pushback activity, in breach of international law 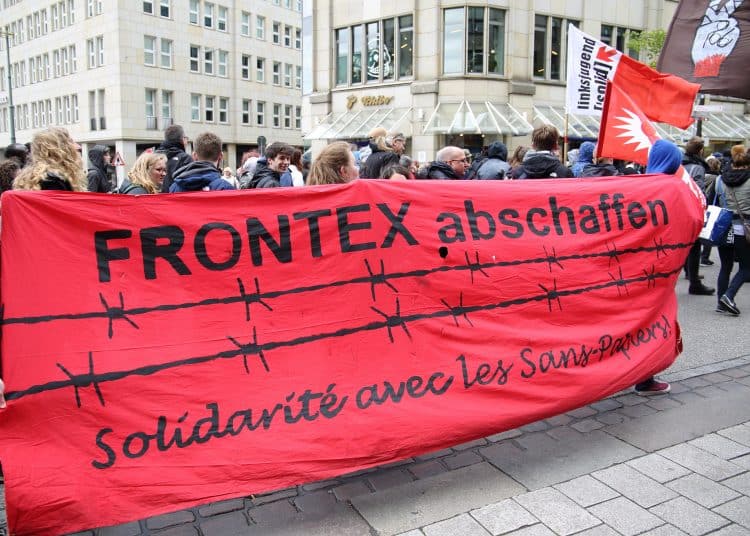 In the past week, a joint investigation (by Bellingcat, Lighthouse Reports, Der Spiegel, ARD and TV Asahi) has found evidence of the EU border security force (Frontex) being involved in Greek pushback activity in the Eastern Aegean. ‘Pushback’ is the name given to pushing back refugees from one country’s territory into another, on land or at sea. The report states that Frontex was actively involved in one incident, was present at another and in the vicinity of a further four.

Under the 1951 UN Convention on Refugees (and a number of subsequent agreements and protocols), it is illegal to deny a person claiming an asylum the opportunity for their case to be heard. Preventing that claim being made is, therefore, the primary aim of pushback activities.

A European Court of Human Rights (ECHR) ruling in 2020 has legitimised the use of force to pushback asylum seekers who have breached a border wall or fence, although this judgment is under appeal. The incident involved the breaching of the Spanish/Moroccan land border at Melilla, a small Spanish enclave on the North African coast.

Pushing back or deporting those seeking asylum who have managed to cross a border and state their claim remains illegal. But a number of countries do this routinely and, even within the EU, there have been examples of this. There is currently a case going through the ECHR of a Syrian family who were deported to Turkey by Frontex on the authority of the Greek authorities. The claim is against Frontex rather than the Greek government, which now appears to have accepted that the deportation was illegally authorised.

Pushbacks at sea, where the danger is very evident and those present have an obligation under maritime law to rescue those in danger, remains illegal. In the UK, the government’s nationality and borders bill is seeking to make the practice legal and indemnify border force personnel if death results.

Why this pushback case matters

The EU denies it has been complicit in pushbacks and says it continues to support international law. Yet the very detailed Bellingcat account clearly shows that, at best, Frontex would have been aware of the pushback activity by Greece, and was therefore obliged to rescue those being pushed back. At worst, it has actively participated in a pushback operation.

Hostility towards refugees in Europe has increased for a number of reasons:

Austria, Hungary and Lithuania have all built walls to prevent their borders being crossed and there have been allegations of ‘pushback’ by Greek and Italian military and police forces. The Frontex budget has been increased by an additional €600m to protect the Schengen borders.

Frontex and EU in breach of international law?

Previously, Frontex has been accused of ‘letting die’ refugees in distress in the Mediterranean by failing to notify rescue boats or by waiting for the EU’s ‘partner’ agency, the Libyan coast guard, to pick them up and take them back to Libya, to further abuse and torture. The EU has funded the return to Libya of 82,000 refugees since 2017. Cutting back the number of Frontex boats while increasing air surveillance may also be a deliberate attempt to avoid the rescue requirements of international law.

Until recently, Frontex and the EU itself have not been implicated in pushbacks. This Bellingcat report marks a shift in the role of Frontex from policing Schengen borders to causing, or failing to prevent, death at sea. This is a crime that would warrant an appearance at the International Criminal Court, as has been the case with Australia.

The UK has always policed its own borders and was not part of Schengen. It refused to support an EU quota system for the allocation of refugees, and has tried to ensure it accepts as few refugees into the country as possible. As member of the EU, the UK used the Dublin III arrangements to send refugees back to the first safe country through which they had travelled, even to those countries already struggling with the numbers. The UK also denied entry to many child refugees stuck in refugee camps in Europe who were trying to join their families in the UK.

Through the nationality and borders bill, the UK government is seeking to provide immunity from prosecution for border force personnel whose pushback activities result in death from drowning. It is likely that the proposals will be in breach of international law.

All EU countries are concerned about the influx of refugees from Afghanistan, and the UN anticipates that a humanitarian disaster is about to unfold. This week’s military takeover in Sudan will increase refugee flows.

Belarus, in retaliation for EU sanctions and to raise money, invited refugees into the country as a guaranteed route into the EU. Poland has subsequently pushed back refugees over the border, and Latvia and Lithuania have now declared a state of emergency. There are hundreds of (primarily) Afghan refugees – after weeks of walking – being wedged into the border area with Belarus, policed by both sides and unable to move. Meanwhile, conflict continues in Syria, Yemen, Iraq and Iran, and global heating will increase the need for refuge, as land is lost to flooding and desertification.

Europe, including the UK, exerts a gravitational pull towards safety for refugees from the Middle East, Eastern Europe and Africa, while the US is the goal for those fleeing Latin America. Great swathes of the world are either a source of danger or offer no refuge.

The EU’s approach has been beset with difficulties and it has lacked the power to ensure all countries play their part. Yet, it has continued to make efforts to support refugees and to ensure a humane approach. It is now at breaking point and losing the support of EU citizens. It is essential that it holds firm and upholds international law.

If the EU fails in its responsibilities, the UK and other countries will interpret this as a green light for further breaches of international law and the inhumane treatment of refugees.