Mining the ocean floor is dangerous and harmful to both the environment and wildlife. Change must happen if we want to preserve the sea. 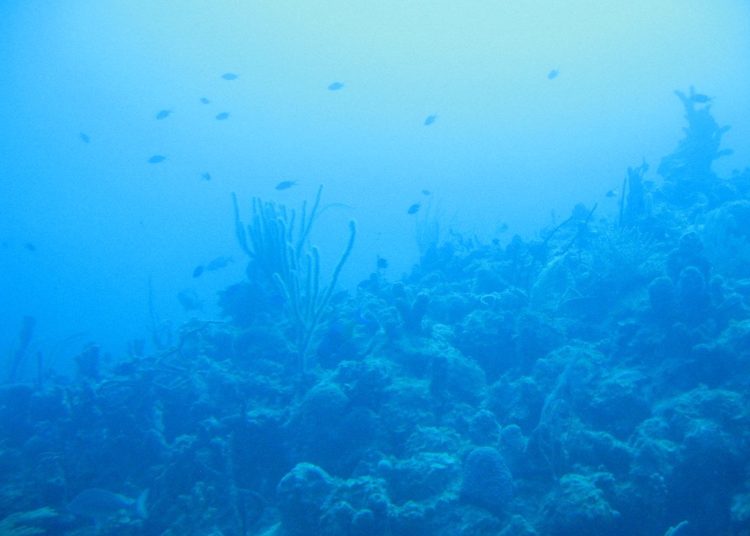 "Ocean Floor V" by joeclin is licensed under CC BY 2.0

On the hill above my village are the remains of a lead mine. It ceased working over a hundred years ago, but there is still nothing growing on the spoil heap that scars the countryside around it. No grass. No weeds. Nothing but loose scree soil.

Whenever it rains the water soaks through and runs out into the local beck, carrying a toxic mix of arsenic and other chemicals. Which is why there are still no fish in that beck. The occasional young trout is spotted, but is then gradually poisoned before it can grow into an adult.

The environmental legacy of mining

That’s the kind of legacy that’s left, 100 years after an environment has been trashed by careless mining. Yet mining companies now want to go to the bottom of the deepest parts of the ocean to get access to rare and valuable metals.

They argue that there are nodules of economically valuable raw materials lying on the ocean floor just waiting for an enterprising company to scoop them up. They even argue that this is vital to the green economy, because we need those metals to make car batteries in order to move transport away from fossil fuels.

That’s the way things are right now. Any attempt to trash an environment, no matter how harmful its long-term legacy might be, is dressed up and sold as a green initiative.

‘Green initiatives’ should not harm the planet

Nothing could be further from the truth. It isn’t easy or cheap to get down to the depths of the ocean, because pressures are enormous. Once down there, it isn’t possible to extract nodules of metal without scraping across whole areas of the sea floor with powerful machinery that destroys the areas it crosses and creates mud storms that spread much more widely.

What is down at the bottom of the deep ocean is little studied, but incredibly important to the intricate balance of the global ecosystem. What we do know is that life there grows incredibly slowly. And that it reproduces even less rapidly.

That means that if mining destroys any form of life across an area of sea floor, that will not be a short-term problem. The species and the entire environment in which it lives may never return to normal or at best might succeed in doing so across a timescale measured in terms of thousands of years.

How easy is it to clean up environmental damage?

It is hard enough to clean up sites that are on land that are easily accessible, like the lead mine above my village. The work costs a lot of money and the clean-up operation can trigger every bit as much damage as toxic waste that’s relatively stable, because you disturb ground that’s gradually leaching harmful chemicals and risk releasing them more rapidly.

Under the ocean, repairing the damage gets progressively more difficult the deeper you go. At lower depths, enormous damage has been done to the sea floor by dragging cages across it in order to capture creatures such as plaice or scallops.

Large industrial fishing boats pulling heavy equipment doesn’t just capture fish. It also smashes up cold water corals, rips up any sea grass and leaves behind a wasteland. Astonishingly it is permitted to fish by such methods in almost all of Britain’s ‘protected’ areas of ocean waters.

Where such fishing has been banned, there’s some evidence of some ability for the sea floor to eventually recover part of the rich diversity that existed before industrialised fishing boats moved in. There’s no evidence of anywhere around Britain of a scraped-clean sea floor returning to its former rich variety of healthy habitats.

Imagine how much harder it will be to undo damage that is done at depths of two miles.

Our relationship to wildlife and our planet

Humanity seems to have a strange attitude to wildlife. We love to see it but have an exceptionally bad track record of destroying it shortly after we’ve discovered it. It’s only a couple of decades since scientists first discovered that there were deep ocean vents where life existed that fed not off sunlight but on chemicals pouring out of volcanic vents in the complete dark.

In a very short space of time, those scientists went from being in complete ignorance of the existence of such marvellously strange life forms, to realising that they might provide us with an understanding of how life originated.

Now some of the same mining companies that are targeting nodules of metals that are present on the deep sea floor, are also eying up the opportunity to dig out the valuable minerals that have spewed out of the deep sea volcanic vents.

Oil and gas extraction has landed the planet and its occupants with the massive problem of how to clear up carbon dioxide and methane from the atmosphere. It could be every bit as catastrophic for future generations if we allow metal extracting companies to ruin the deep-sea environment.

It’s time that we worked to a different set of priorities. We live on a planet that is vibrant with a wonderful array of different forms of incredibly complex life forms. Do we really want to pass down to future generations our own toxic spoil heaps – but on a completely different scale?

A trashed planet is a lot harder to live with than one small abandoned mine.