Racial tone policing is the act of taking offence when a person of colour talks with emotion about their experiences of racism, particularly when that emotion is anger. 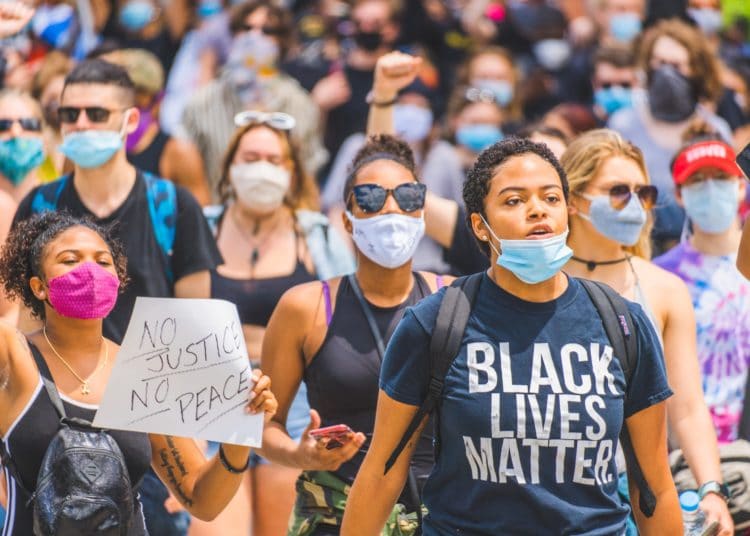 Photo by Julian Wan on Unsplash

Ever heard of the term ‘racial tone policing’? I hadn’t until a few days ago, nose buried in Layla Saad’s fantastically eye-opening book Me and White Supremacy. Racial tone policing is the act of taking offence when a person of colour talks with emotion about their experiences of racism, particularly when that emotion is anger. It can also take the shape of preferring one black speaker over another because their tone is lighter, more forgiving, or less angry, or when someone suggests they feel attacked by what a person of colour has to say because their tone is ‘too aggressive’, or needs to be ‘dialled down’.

It can be internal or external, it can be overt or covert, it can be conscious or subconscious. Whichever form it comes in, it’s wrong.

And it’s true, white people often get scared and defensive when they have to hear about a person of colour’s experience with racism, especially so when there are strong emotions accompanying their message. Black rage has time and time again been viewed as unjust and overreactive, too angry and too direct. These reactions almost always come from a place of white fragility – that special breed of discomfort and defensiveness that many white people don when the conversation turns to racism.

And what of the term “gaslighting”? It comes from a 1938 play by Patrick Hamilton called Gas Light, wherein the husband secretly turns down the gaslights in the home but continuously denies that he’s doing so to his wife, who eventually believes that she’s losing her mind. This gave rise to the term ‘gaslighting’, which relates to the psychological abuse of presenting someone with false information with the intent of making them doubt their own memories and perception.

By telling people of colour who are protesting right now in the US that they are overreacting, you are doing both of these things. You are tone policing the righteous anger of black voices. You are gaslighting people of colour by telling them that the deaths of innocent black lives do not justify these (occasionally) violent protests.

This has to stop. Buildings are not being burnt for no reason, stores aren’t being looted on a mere whim, people are not risking the spread of a deadly disease because they aren’t aware of the consequences. There is only so much time that a vast population can be murdered, hated on and discriminated against – all the while being told that it isn’t happening – before patience must be put aside and greater action taken. In all honesty, I am surprised that it has taken so long for all this suppressed anger to finally be unleashed.

Of course, in an ideal world these protests wouldn’t be taking place. Those out on the streets now would be safe within the confines of their home, socially distancing from others. Businesses would not be burnt to the ground. A vehicle would not have been driven into a crowd. But, and I cannot stress this enough, we do not live in an ideal world. People of colour living in the white west do not live in an ideal world. Instead, they are living with inherently racist systems with people who would rather silence them with police brutality and military force than listen to what they have to say.

These protests are justified. Listen to the voices of those in pain. A business may be able to claim insurance and rebuild their livelihood, but do you know what can’t return after it’s been destroyed? Every innocent life snatched by the hands of racists living in a country that furthers their white privilege at every step.

Focus your attentions not on the wrongs you see in a violent uprising; focus instead on the many wrongs that caused this violent uprising. This is happening now because white people have not been listening. We have closed our eyes and blocked our ears to the voices calling out in pain, the voice calling out “I can’t breathe”.

We can douse those physical fires with police force and military intervention, but the only way we can douse the internal fires searing in the hearts of millions across the globe is by opening our eyes and unblocking our ears. Listen to the people of colour around you, hear their stories, and know, everywhere you look, that black rage is justified.