The TV series Servant of the People could be described as a one-joke sitcom, but it’s also a remarkable example of how life imitates art. 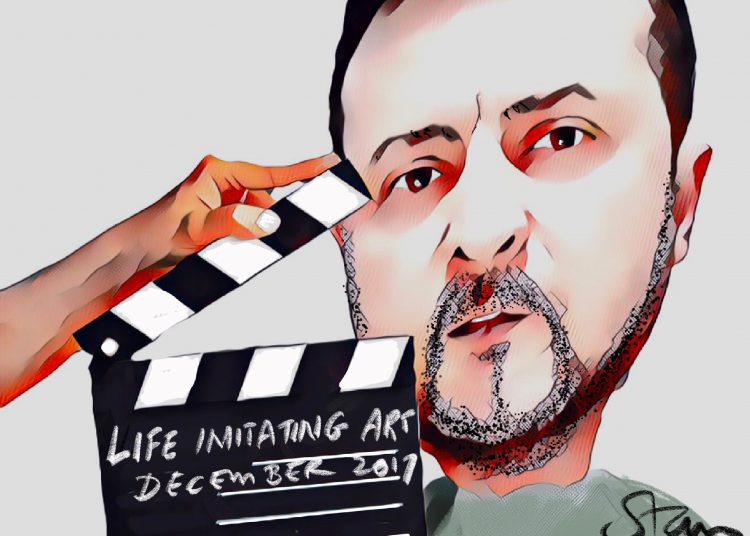 Servant of the People, currently streaming on All Four, could be described as a one-joke sitcom, but WHAT a joke! It comes in three parts with a massive punchline.

The first part of the joke is the series itself – half-hour episodes that ran from 2015 to 2019 on Ukrainian TV, somewhat like The West Wing, to which it paid discreet homage. It tells the story of Vasyl Petrovych Goloborodko, a secondary school history teacher, whose tirade against the government is filmed by a student and goes viral on the internet. As a result, this humble man is elected to be president, with a mandate to drive out corruption.

Vasyl is played by the comic actor, Volodymr Zelenskyy, with a gift for deadpan humour. As president, he cycles to work every morning to avoid the official car, but shyly takes off his cycle clip before entering the government building. He is instructed on how to behave by an apparatchik, Yuri Chuiko (Stanislav Boklan), in the pay of the global oligarchs. Vasyl is taught how to take photo-calls, answer press conferences, wear suits and greet ambassadors

It is a satirical minefield. The sparks fly in all directions – the bribes, the smarmy shopkeepers, the members of his family who want to give their friends top jobs, the men behind the scenes who plot over secret dinners, and his niece, who occupies the bathroom when he has an urgent meeting.

Anyone who wishes to know about the background to the sturdy Ukrainian resistance to the Russian invasion should watch. It explains the unanimity of opinion about the shortcomings of the old rule.

One series was followed by another, and another, until an existing real-life party – Decisive Change, founded by Eugene Yardiga – chose, in agreement with the TV channel Kvartal 95, to re-brand itself by taking its name, Sluha Norudu (Servant of the People).

Zelenskyy became its leader and in the presidential elections of 2019 overthrew the incumbent by winning 70 percent of the popular vote. The fictional president became the real president. Those who thought that Zelenskyy would be merely a populist figurehead were taken completely by surprise. He meant what his role said in the sitcom.

The dark jokes became more credible. Was it true that the natural wealth of Ukraine was being plundered by entrepreneurs, who borrowed money to privatise and globalise their industries? Did they really stash their ill-gotten gains in offshore accounts? Was President Putin in Russia conspiring with President Trump to build an elite of the ultra-powerful and dominate the new world order? 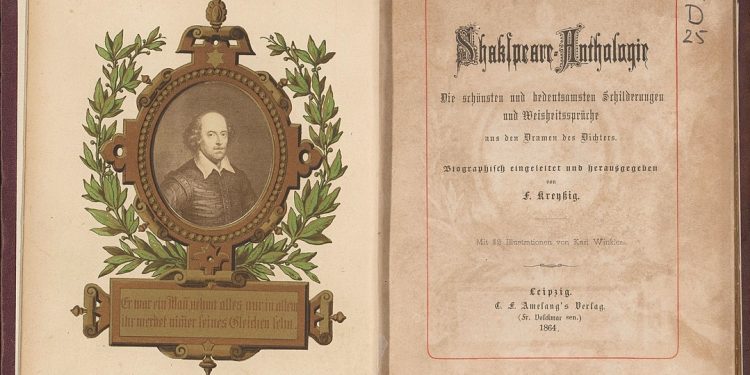 This is where the second part of the joke begins, for there are many sinister anecdotes that seem to apply as much to the free world as to Ukraine. Were the banks in London and the Conservatives, who took money from the oligarchs and conspired against the EU, part of the same grand game?

Re-visiting the series, seven years after it first appeared on Ukrainian TV, it is both amusing and distressing to recognise how many incidents have almost exact parallels in the behaviour of our own leaders – how funny they seem in other people’s countries and how sad in our own.

There is one hilarious scene, where the former president refuses to accept defeat and begs for help from the Russians – and where a top-designer wants to re-create the presidential flat with expensive wallpaper – and when Vasyl, the People’s President, catches a bus of his own free will, to the horror of Yuri, because there was not one photographer present!

The series asks uncomfortable questions. Why should the deputies in parliament earn so much more than the public whom they are supposed to serve? Why did the cost-of-living crisis not apply to them? Who paid for their holidays in the Caribbean? Who bought their expensive cars?

A true servant of the people

Servant of the People forces a comparison between the comic journalist, Boris Johnson, and the comic actor, Volodymyr Zelenskyy, two heads of state, elevated to power by their media presence. One is so much more capable and honest than the other. I do not need to spell out which.

Under Zelenskyy, the forces that failed to prevent the invasion of Crimea in 2014 were strengthened, rallied and, with the help of the West, became better equipped. He has grown into the leader of our time, who rallied not only his nation against Russia, but also humanity against dictatorship.

The last part of the joke is not funny at all. It came on 5 April, when Zelenskyy was invited to Zoom the United Nations Security Council and spoke to the world’s leaders about the carnage that the invasion had brought to Ukraine. By video, he could show the dead bodies in the streets of Bucha, the destruction of buildings and the torture of prisoners, hands tied before they were killed.

He begged the Council members to face up to their responsibilities, to recognise war crimes for what they were, and to punish those who committed them. The Russian ambassador protested that these images were fake facts, but I do not know how many believed him.

The blindness to evil, when it is so self-evident, is the saddest irony of all. It turns the truth-deniers into monstrous clowns. For the rest, it is the time to stop laughing.