Russia's threat to Ukraine is raising fears in NATO and the West as troops on the border would be set to invade. 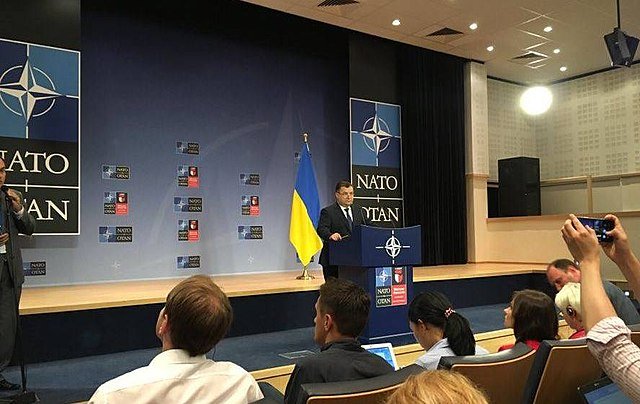 NATO and the West have raised concerns that Russian interference in Ukraine, which lies on the border of both the EU and Russia, may lead to a dangerous invasion. The conflict has been brewing since 2014 when Russia occupied Crimea and started to annex territory in southern Ukraine, receiving significant pro-Russian support, but has recently reached a hot point as Ukraine has been gradually moving towards the EU.

What has Russia done?

Currently, 100,000 Russian troops stand on Ukraine’s border. Moscow has claimed that Russia is within its right to move troops to wherever it pleases in its own territory. Western intelligence services, according to the BBC, have said that an invasion from Russia may occur early this year

Although Russia warns that Ukraine’s possible entry into NATO would be met with, “appropriate military and technical measures … to ensure Russia’s security”, the country specifically denies any plans to invade.

In 2021, Vladimir Putin described Russia and Ukraine as “one nation”. However, NATO secretary general, Jens Stoltenberg, pointed out that, “It is up to Ukraine and 30 [NATO] allies to decide when Ukraine is ready to join the alliance.”

As always, whenever conflict between America and Russia comes to a forefront, similarities are drawn between today and the Cold War. The Russian deputy foreign minister drew comparisons to the 1962 Cuban Missile Crisis, when President Kennedy and Chairman Khrushchev brought the world to the edge of nuclear war.

But there is one big difference: Russia is not America’s equivalent and no longer enjoys the soft or hard power it once did.

What is the West/NATO’s reaction?

On Monday 10 January, America and Russia initiated ‘high stake talks’ in an attempt to eliminate risk of invasion. But US Secretary of State Anthony Blinken thinks that prospects are dim. He told CNN:

“It’s hard to see making actual progress … So, if we’re actually going to make progress, we’re going to have to see de-escalation, Russia pulling back from the threat that it currently poses to Ukraine.”

America and the West are ardent proponents of state sovereignty and territorial freedom, evidenced by Deputy Secretary of State Wendy Sherman’s insistence that America would “listen to Russia’s concerns and share [its] own”.

Yesterday, US Senate revealed their new bill to introduce sanctions on top Russia officials. The White House have shown support for the proposed policy. An official said:

“We believe that we have a path forward that would involve substantial economic countermeasures by both the Europeans and the United States that would impose significant and severe economic harm on the Russian economy, should they choose to proceed.”

“This legislation makes it absolutely clear that the U.S. Senate will not stand idly by as the Kremlin threatens a re-invasion of Ukraine.”

This is despite Putin’s warning that such actions would lead to a diplomatic breakdown in the already-fragile relationship. It is no wonder Putin has taken such a stance, as mass sanctions would hit Russia’s defense and civil aviation industries, as well as their progress in artificial intelligence.

The UK’s defence secretary, Ben Wallace, said that Britain would “stand up to bullies” like Russia to protect other countries’ sovereignty. Reminiscing about the Falklands, Wallace said that it was common in history for people and states to underestimate small islands like Britain, and that:

“Distance should not deter Britain, nor will the scale of the challenge, and history is littered with the consequences of those who underestimated this small island.” 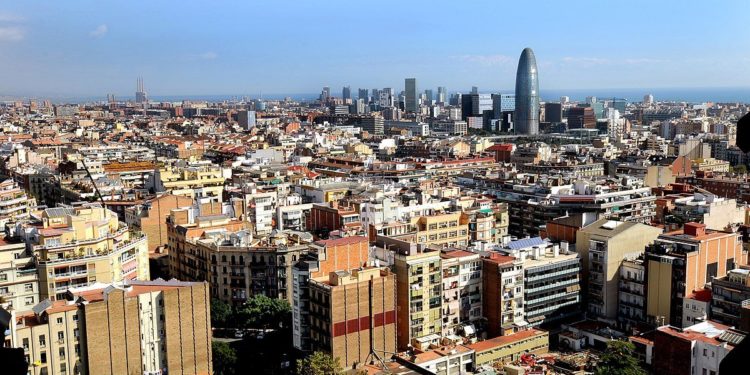 How is Ukraine responding?

Since the creation of the Eurasian Economic Community in 2002, a Moscow-led free trade bloc, Putin attempted to secure Ukraine’s membership. But now that Crimea is occupied, and Ukrainian territory is being eroded in the Donbas, he will be unable to do so.

Ukrainians are joining ‘territorial defence groups’ in large numbers, and these are set to defend council buildings, bridges, and other key national spots. Colonel Serhiy Grom, who leads the group, said that young people are amongst the conscripts:

“The ‘young blood’ … are people who didn’t serve in the armed forces for different reasons but they passed our combat training … I must say that the young people who come – it’s a pleasure to work with them because they understand why they came.”

In response to the US bill on sanctions, Ukraine’s President Volodymyr Zelenskiy, suggested that sanctions are introduced on Russia’s ‘pipeline’, regardless of whether Russia invade or not. An official close to the president, who wants to remain anonymous, said that the proposed gas pipeline plans, which is set to provide fuel to Germany, would be an ‘economic’ and security threat to Europe. The pipeline, when officially finished, will bypass Ukraine and potentially deprive them of access to important supplies.

There was a time, the Kremlin remembers, when their president’s approval ratings were sky high, particularly in 2014 after the annexation of Crimea. But today, his popularity is diminishing, and to restore such power, he hopes to engage more confrontationally with the West. It looks as though his plan is already working.

But ultimately, Putin wants to return to how things were prior to 1997. He wants NATO to move its military out of Eastern Europe, including Poland, Estonia, Latvia and Lithuania, as well as sign a treaty with Russia to cut down its use of nuclear weapons.

Why are the Russians determined not to allow Ukraine be drawn toward the West, the US in particular? The simple answer is geography and history.

For hundreds of years Russia has been invaded by Poles, Swedes, Mongols, the French, Germans and others. After World War II, Eastern Europe came under the Soviet sphere of influence, providing a western buffer for the motherland. Today those former puppet states, from the Baltic to the Balkans, are members of the American-led NATO.

One only has to look at a map of Russia to appreciate Putin’s siege mentality. To the west, except for pro-Putin Belarus, NATO is along the western border. To the east is Alaska and America’s ally Japan. To the north and its polar region are NATO’s Canada, Norway and the US (Alaska). On the southern underbelly is China, Russia’s most friendly potential enemy, as well as Kazakhstan – a developing story by itself – and crisis du jour, Ukraine.

It is yet to be seen if the crisis can be defused, but the world sits and waits for either increased military action, or cordial diplomacy.