With the arrival of the more virulent Delta-variant, the course of the pandemic in Russia looks uncertain and potentially ominous. Is forcing vaccination in order for citizens to work or go out the answer, or a better understanding and education of the vaccine? 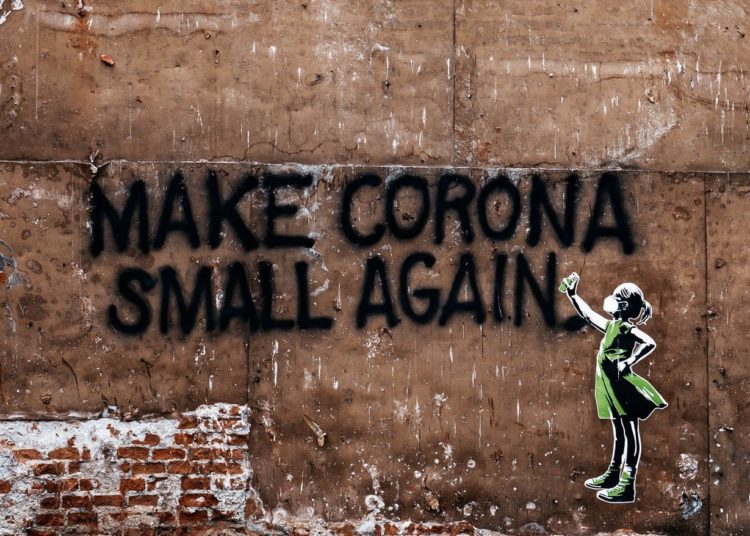 Photo by Tim Hüfner on Unsplash

According to the World Health Organization (WHO), between 3 January 2020 and 9 July 2021 Russia registered 5,707,452 confirmed cases of Covid-19 and 140,775 deaths, 734 of which had occurred in the previous 24 hours. This is considered by most statisticians to be a gross underestimate.

In June this year, the Moscow Times cited figures from Rosstat, the Russian Federal State Statistics Service, suggesting the true number of excess deaths since the start of the pandemic had risen by April 2021 to 475,000.

Russia was the first country in the world to have a means for preventing Covid-19 with its Sputnik V vaccine, registered by the Russian Ministry of Health on 11 August 2020. Developed by the Gamaleya Research Institute of Epidemiology and Microbiology, the vaccine has quickly become a major Russian export, keenly sought after by many governments. By February, over a billion doses had been ordered worldwide.

Yet despite its proven success in preventing or reducing harm from the disease, the vaccine has been largely cold-shouldered in its country of origin where fewer than 13 percent of the population are fully vaccinated, despite a vigorous government media campaign and recommendations from Vladimir Putin himself.

Throughout last winter, queues of ambulances were seen waiting for hours to admit covid patients to Moscow’s struggling hospitals. Early in the pandemic, unofficial lists of newly deceased health service professionals who had succumbed to the virus were published on the internet in an attempt to force the government into taking firm action.

By June of last year, covid had taken the lives of nearly 500 doctors according to Alla Samoylova, the head of the Federal Service for Surveillance in Healthcare. Many celebrities across society have died of or with covid, such as 56-year-old Aleksandr Vedernikov, chief conductor at St Petersburg’s Mikhailovsky Theatre and 60-year-old TV producer and actor Georgiy Gavrilov.

Why, despite the obvious high incidence of illness and death, are Russians so reluctant to protect themselves and their loved ones? There are many articles in the press speculating on the reasons for vaccine hesitancy in Russia and the answer is clearly complex and multifaceted.

In my own view, and with my experience of Russia, at least some of the reasons are related to the Russian psyche and the perceived relationship of the individual to the State.

Accepting that the worst will happen

With a long history of oppression, Russians are not used to being in control of their own destiny and the ordinary Russian man or woman’s expected default outcome is a negative one.

We can see this in any number of Russian novels, from Turgenev’s spineless would-be male lovers, ready to abandon their suit immediately, the path of love is blocked by Fate, to Tolstoy’s numerous peasant heroes willing to accept poverty and a grim death as ‘God’s will’.

We might also consider the thousands of soldiers willing to defend the motherland against Nazi invaders, even when hopelessly outnumbered and with inferior or non-existent weapons.

If we die, we die

Every summer hundreds of Russians, frequently drunk, drown in the country’s rivers and lakes in an attempt to cool off in heatwaves. In July 2010, for example, more than a thousand people died in this manner. Every winter, thousands succumb to hypothermia. In 1998, some 557 people froze to death on Moscow’s streets alone, mainly due to homelessness or falling down drunk in the snow.

There is a kind of bleak acceptance of such statistics as normal by the general public, and deaths due to Covid-19 are possibly seen by citizens as another example of being clobbered by fate. ‘We can’t do much about it, so just enjoy the moment: if it happens, it happens. That’s just life!’

Distrust of the State

This attitude of pessimistic acceptance is often combined with an apparent reluctance to adhere to common-sense practices or seek advice from the State, largely because the State will often punish rather than assist, reform or rehabilitate its citizens.

Russian men consider it unmanly to use condoms, while the State considers it inappropriate to provide teenagers with in-depth sex education, and information about ‘non-traditional sexual relations’ is now banned until the age of 18. Those who inject drugs are criminalised and marginalised so that addicts rarely seek or are given help. As a result, there are a million people living with HIV in Russia today.

Even those who have personally suffered from covid often show reluctance to get vaccinated.

A contact of mine in Kirov, a 63-year-old former English teacher whose sight and memory have been affected by covid, told me there was no need to rush to get the jab if you had already had the disease. This is good reasoning for those who have had covid as they will have some anti-bodies as a result, but it has been suggested that it is still useful to get the vaccine as an added boost of protection against the virus.

At the start of the pandemic the Russian media contained several conspiracy theories about the virus: it was simply a hoax or an American invention, deliberately planted in China to disrupt its economy.

Similarly, the vaccine reputedly contained a liquid chip which would one day turn people into robots. Such ridiculous theories were allowed to circulate by the State apparently unconcerned by their potential effects on vaccine uptake.

Is compulsory vaccination in Russia the answer?

In recent weeks the government has adopted a firmer hand. From 28 June, strict new rules have been introduced in Moscow and other cities to coerce reluctant citizens into getting vaccinated free of charge with either Sputnik or the other Russian vaccines, KoviVak or EpiVakKorona.

To get a table in a restaurant or café, customers now need a vaccine QR code, while all those working in service industries must be vaccinated or seek alternative employment.

The government hopes this will encourage compliance, but already a black market in false vaccination certificates has emerged which threatens to disrupt the protection of the population – perhaps because compulsory vaccination and enforcing the use of vaccine certificates border on medical coercion.

With the arrival of the more virulent Delta-variant, the course of the pandemic in Russia looks uncertain and potentially ominous. Is forcing vaccination in order for citizens to work or go out the answer, or a better understanding and education of the vaccine?