Russia has a long history of forcibly resettling subject peoples, might it be doing the same again in Ukraine? 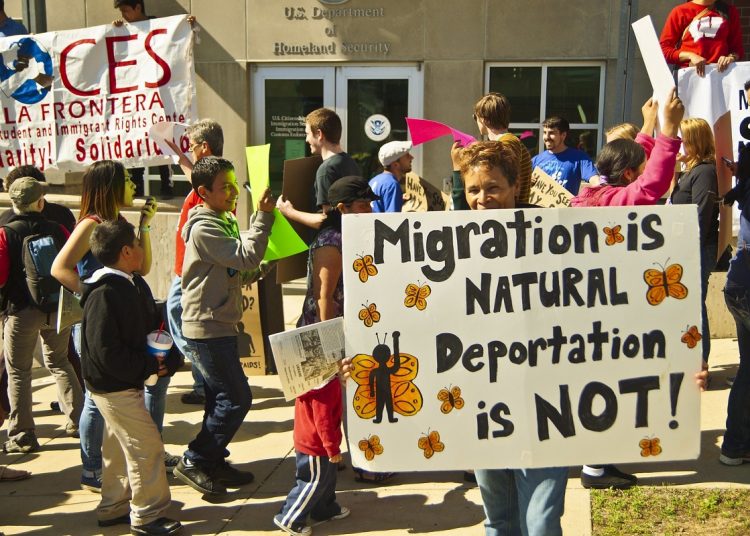 Over 800,000 Ukrainians, including 153,000 children, have now been deported from occupied areas to Russia, according to a recent statement made by the Ukrainian parliament’s commissioner for human rights, Liudmyla Denisova on Telegram.

Russia has set up a number of camps to process those they consider to be ‘refugees’, though Ukrainians are calling them ‘forced deportees’. Many of those affected have arrived in Russia because this was the only escape option: humanitarian corridors from Mariupol and other besieged centres of population to Ukrainian-controlled areas have often been unavailable, due to a lack of co-operation between the two warring sides.

Russians have continuously been making it hard for people to reach safety, and some convoys have even been attacked en route with lethal results. With little or no food and water left after weeks of occupation under siege, many victims have been left with an agonising but understandable Hobson’s choice and have agreed to be taken to safety in Russia.

One camp in the Penza region was recently visited by pro-Ukrainian Russian volunteers who reported, according to Denisova, that conditions were far from ideal.

“There were more than 400 people, mostly women and 147 children of different age groups, including babies. Our citizens were in extremely difficult and depressed conditions. They had no clothes, food or hygienic kits, as they were taken directly from a bomb shelter in Mariupol”, said the parliamentary commissioner.

The situation on the ground

The Ukrainians are suggesting that Russia is stealing Ukrainians, especially children, but the evidence is inconclusive. A small number of those in the Penza camp were helped to the Estonian border town of Narva where Ukrainian Consular Services and local volunteers are providing aid. A free hotline number has been set up for those unsure of what to do. Whether those arriving in Russia are free to move on or not, it is clear that it suits the Russian authorities to be able to show scenes of grateful Ukrainians being rescued from ‘Nazi atrocities’ to their international audience.

A more sinister development from the Ukrainian perspective, however, is the setting up of so-called retraining camps in Crimea for teachers from the Kherson, Kharkiv and Zaporizhzhia regions “in order to shift them towards ‘Russian teaching standards’”. This was announced by Sergey Aksenev, the de facto head of the Republic of Crimea, reported on Telegram by the Ukrainian Centre for Countering Disinformation. Clearly, the Russians intend to attempt to assimilate young people as quickly as possible by forcing them to use Russian as the language of education. 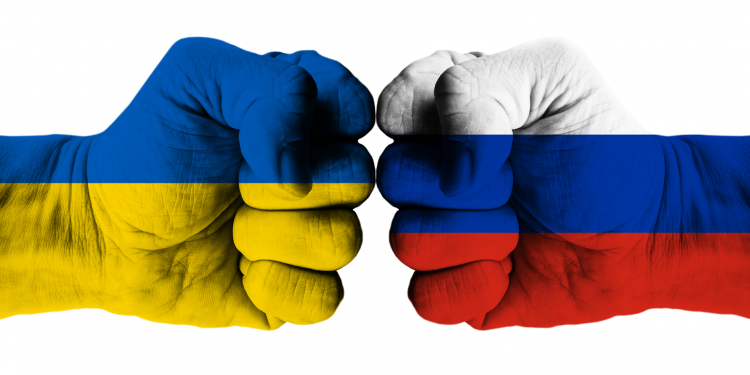 The history of deportations:

Manipulating the ethnic and social mix of populations to benefit the interests of the State is nothing new for those in the Kremlin. Many examples can be cited, stretching back over the centuries to the days of the Russian Empire.

In 1791, Catherine the Great established a territory in the western part of the Russian Empire, which later came to be known as the Pale of Settlement. Here, Jews were allowed to live and work while being denied the right to inhabit other parts of the Empire without special permission. This discriminatory policy, which lasted until the 1917 Revolution and the end of imperial times, was supposed to have been initiated and maintained for economic reasons, but, in practice, suited nationalistic attitudes and policies: Russia proper would be largely ‘uncontaminated’ by foreign and non-Russian Orthodox influences.

It is clear that Putin, in his hypocritical displays of Christian religiosity, has done his best to revive religious chauvinism as well as Russian nationalism. He loves to parade his apparent religious feeling among the young and innocent at Christmas and show himself taking a traditional Epiphany dip in icy waters to prove the steadfastness of his convictions. The construction of the six billion rouble Cathedral of the Armed Forces which was consecrated in 2020 shows Putin using religion in a more sinister and manipulative manner, however, for this grotesque building represents a new form of state religion linking militarism, Russian nationalism and orthodoxy.

It was also Catherine the Great who in 1762 and 1763 invited German farmers and craftsmen to colonise areas around Saratov and the River Volga in the south-east of European Russia. In return for benefitting the Russian economy with their skills, they were allowed to maintain their German language, culture and religious traditions, despite becoming subjects of the Russian Empire. Their communities and ways of life lasted successfully into the 20th-century.

After the Revolution, the Volga German Autonomous Soviet Socialist Republic was set up in 1924, though this was dissolved by Stalin in September 1941 when the entire population was deported to Siberia, the Altai and Kazakhstan as a preventative measure in case the population were tempted to collaborate with Nazi invaders.

A similar fate befell the Crimean Tatars when, in 1945, their Crimean Autonomous Soviet Socialist Republic was dissolved because Stalin had decided the 200,000 or so Tatars were collectively guilty of collaboration. Deprived of their property, land and businesses, they had been exiled en masse in 1944 to Uzbekistan and Kazakhstan where, in an attempt to destroy their cultural heritage, they were forbidden from using their native language.

The legacy of deportations in Ukraine

Though the Tatars regained their civil rights in 1956 under Khrushchev, they were still not allowed to return to Crimea, and it was only after the fall of the USSR and the creation of an independent Ukraine, that their descendants began to trickle back to reclaim forfeited property through legal means.

By the time of the Russian annexation of Crimea in 2014, many had successfully integrated into what was a multicultural community where mosques, churches and synagogues all flourished under the Ukrainian administration. Since the annexation, the Crimean Tatars have been experiencing intermittent harassment and discrimination from Russian speakers and the occupying authorities. 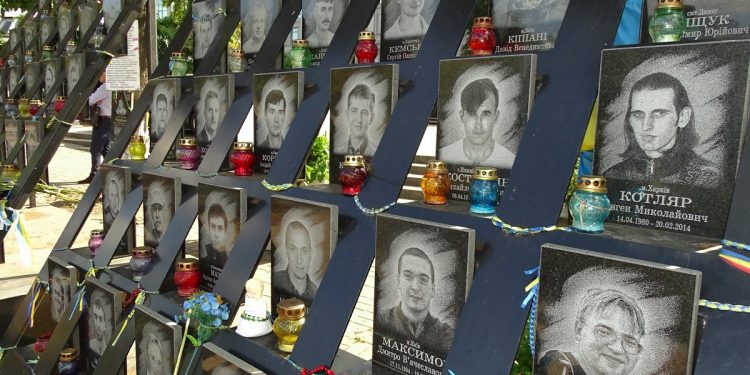 Resettlements in the former Soviet Republics

The Baltic States of Lithuania, Latvia and Estonia were invaded, occupied and annexed in 1940 by the USSR at the time when Stalin was essentially in league with Nazi Germany, due to the signing of the Molotov-Ribbentrop Pact in August 1939. In June 1941, the Nazis broke this non-aggression agreement and were quickly able to occupy the Baltic States, which remained under German control until the autumn of 1944 and the Soviets’ Baltic offensive. They were fully ‘liberated’ by the USSR in May 1945.

During the early period of Soviet occupation up until the demise of Stalin, over 10 percent of the population was either deported or imprisoned locally. Many did not survive their ordeal. The deportees and those executed were replaced mainly by Russian-speaking Soviets with the aim of weakening or destroying the sense of national identity of Lithuanians, Latvians and Estonians.

Towards the end of the USSR, according to the 1989 census, Russian native speakers accounted for around 9 percent, 34 percent and 30 percent of the populations of Lithuania, Latvia and Estonia, respectively. After the collapse of the USSR, a number of Russians found their way back to the Russian Federation, while some others have since moved on to more prosperous parts of the EU, following the accession of the Baltic Republics in 2004. The number of ethnic Russians in the Baltic republics has therefore since reduced to less than 5 percent for Lithuania, and around 25 percent for both Latvia and Estonia. Those Russians who remain there do so by choice, many choosing to retain Russian nationality as this allows them the right to work in and travel to the Russian Federation without a visa.

Why is Russia deporting Ukrainians now?

The deportation to Russia of significant numbers of Ukrainian citizens seems in many ways a strange policy. Already some have found their way out of the country, while others are, in the long term, hardly likely to remain there against their will, unless locked up or coerced in some way or another. Those who have fled the fighting and destruction in the south and east of Ukraine for safer parts of the country or abroad are unlikely to want to return to live under Russian occupation, while few Russians from the Russian Federation will want to up sticks and go to live amid rubble and unexploded ordnance which may take years to clear up.

Russia has a declining population due to a preference for small families, as well as the Aids and covid pandemics, all exacerbated by the deaths of significant numbers of once sexually active young soldiers. Russia already has far too many empty spaces. One just wonders how Putin proposes to fill yet more.

It seems his insane policy of aggression will have yet more unforeseen and unfortunate consequences for Russia, Ukraine and their peoples should he conquer new territories for the Russian Federation. 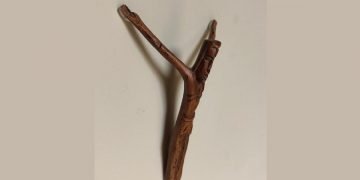