Johnny Walker writes about the unforgettable explosion at Chernobyl in 1986. Today, scientists warn that radiation is rising again and there are several reasons why such as low water content, lack of rain and the New Confinement Area. 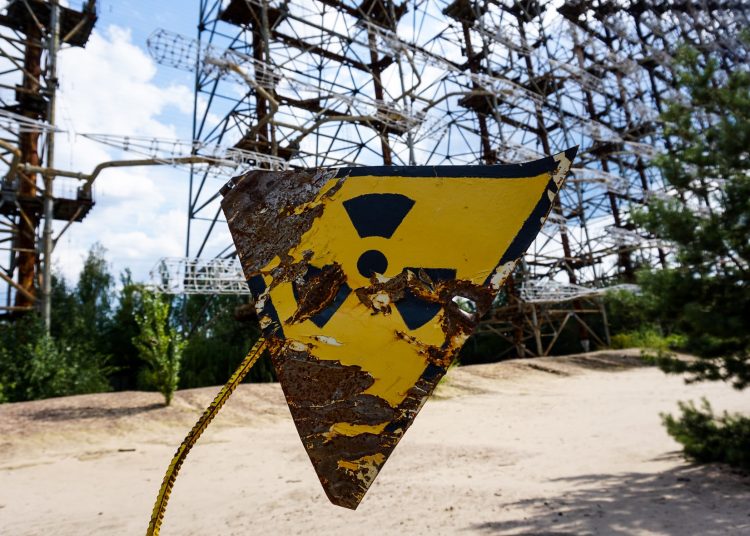 Photo by Ilja Nedilko on Unsplash

Chernobyl Nuclear Power Station (Pripyat, Ukraine) exploded twice on Sunday 26 April 1984, immediately killing 30 people, subsequently another 60, with thousands estimated to have died from radiation exposure. The Soviet Union – already on the brink of ‘losing’ the Cold War and America looming as the victorious superpower – covered up the incident for fear of it damaging their image and soft power. For years, nobody has been allowed to return to Chernobyl due to the high radiation but more recently, some scientists have theorised that “fission reactions are smoldering again” slowly but consistently.

What happened at Chernobyl in 1984?

Chernobyl’s Number 4 reactor went into catastrophic core meltdown during a failed safety test of the steam turbine of an RBMK-type nuclear reactor. During the pre-planned exercise to decrease the reactor’s power for an electrical test, the power dropped to almost zero levels, putting the reactor into an unstable condition.

A mixture of poorly written operating instructions, the unstable condition of the reactor, and design flaws of the reactor itself contributed to an uncontrolled nuclear chain reaction and at least two explosions, rupturing the reactor core and destroying the building.

Pollution uncontrollably rose through the atmosphere, spreading radioactive contamination across The Soviet Union and Western Europe.

Underneath Reactor 4, radioactive Uranium fuel is still present and will take approximately 20,000 years to deplete. The surrounding area is generally considered uninhabitable, although some people have returned. In 2016, the European Union created and installed a shielding structure, New Safe Confinement, around the reactor to prevent the release of further harmful radiation.

When built, New Safe Confinement was expected to render the power plant safe for the next 100 years. 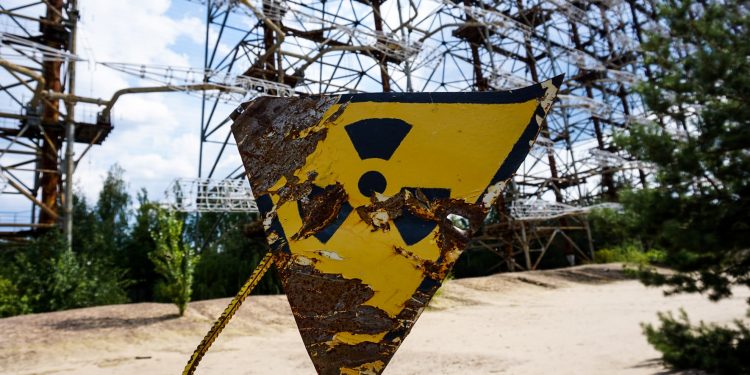 Since last year, however, mathematicians and scientists have been recording increasing radiation levels and “neutron flux density” within the reactor building, though they reiterate that based on their mathematical models, the rise does not pose a threat.

Neil Hyatt, a nuclear chemist from the University of Sheffield theorises that there is a possibility that the uranium fuel could spontaneously reignite, though there could never be a repeat of 1986. Hyatt also offered a simple explanation on how this is possible; just like charcoal can reignite in a barbeque, so can nuclear materials that have once been ignited.

Nuclear reactions are smoldering again at Chernobyl – so what does this mean going forward? Former #RAEngResearch Chair Neil Hyatt, a nuclear materials chemist at the University of Sheffield comments: https://t.co/GBEis7gens pic.twitter.com/ckazCoujLZ

How can radiation be rising again?

It is speculated that the increasing radiation levels are coming from an unreachable chamber beneath reactor 4, that has been blocked by debris since the explosion in 1986.

Experts are currently unsure why this is happening, but several hypotheses have been put forward;

Since the New Confinement Area was placed over the reactor in 2016, the plant has been drying out. The reaction between uranium and plutonium with other radioactive nuclei is slowed down with large amounts of water, but in times like this, when the area is dry, the neutrons are less likely to be captured.

Another hypothesis is that since reactor 4 has been completely shielded, no water from the rain was able to reach the nuclear fuel. The water from rain may have been what kept the nuclear material under control. With no water, the nuclear fuel may be at risk of overheating, leading to another nuclear disaster.

Maxim Saveliev, who worked on the confinement of Chernobyl and later the Institute for Safety Problems of Nuclear Power Plants National Academy of Sciences of Ukraine, also emphasised that scientists’ inability to access room 305/2 is concerning. He suggests using robots to install neutron and temperature sensors in the room, and if possible a solid neutron absorber.

While alarm bells are ringing in the scientific community, with scientists and mathematicians curious as how to fission is rising, Neil Hyatt told Science, “We’re talking about very low rates of fission, so it’s not like a fizzing nuclear reactor”.