Wars are usually very popular when they start. Much less so when reality starts to bite. Putin's war will be no different. 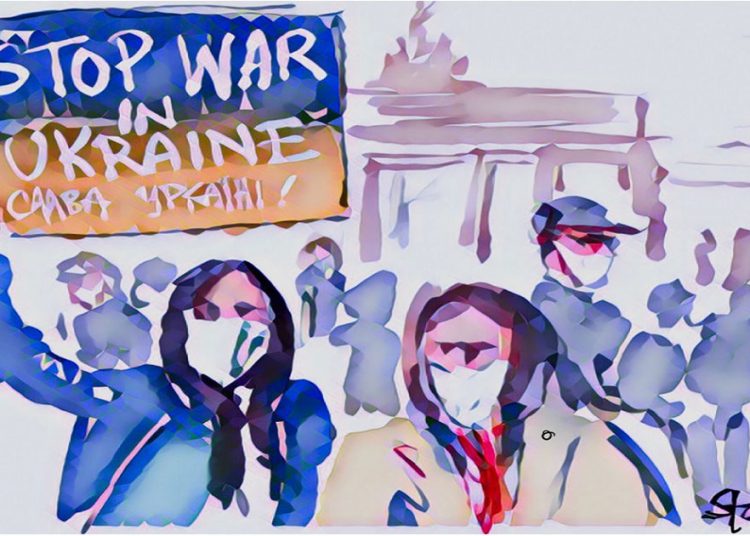 At the start of the First World War, there were huge popular demonstrations across Europe in which people seemed overjoyed that their country had taken up the challenge. A small number of brave British MPs such as Ramsay McDonald refused to share the enthusiasm, but the vast bulk of British socialists and the vast bulk of German socialists happily voted to shoot each other. Even members of the Russian Bolshevik party signed up and headed off for the front to the utter disgust of their leader.

At the moment there are plenty of nationalists in Russia who will be cheering on Vladimir Putin and accepting his claims to be solely interested in protecting the interests of Russian language speakers in a land that they would like to claim as part of their own ‘natural’ homeland. There are a lot of other Russians who are watching and worrying in silence and will be receiving messages from friends and family in the Ukraine that don’t seem to square with Putin’s claims.

As this war progresses and the price begins to be more evident than the empty promises of glory, those worries are going to grow and more and more people are going to start asking very difficult questions for Putin’s regime to answer.

Well before this war broke out, millions of people in Russia had downloaded and watched a video that Alexei Navalny made showing corrupt members of Putin’s inner circle living in their palaces and wasting fortunes on gold plated toilet brushes as provincial cities crumbled and hopelessness fuelled a massive drug crisis. That contrast is likely to stick in the minds of pensioners who see their pension made worthless by inflation. Few want to find groceries hard to come by, or hear the soldiers in their family describe the way they have been shouted at by furious grandmothers instead of receiving the expected traditional welcome of bread and salt.

Russia has a long history during which time there have been some truly dreadful autocrats, pogroms against Jewish people and stultifying authoritarian control. It also has a long proud history of resistance that dates back at the very least to the Decemberists in the 1820s. It is the country of two revolutions against a bad war, of people circulating Samizdat publications, and of a popular uprising defeating a military coup when attempts were made to re-impose the old communist system.

This is a war with Putin, not Russia

After the recent invasion of Ukraine, thousands of Russian people went out onto streets at massive personal risk in order to protest. That takes courage when you know that it could finish off your career, land you in jail and result in a beating or, if you are sufficiently prominent and influential, your murder being quietly arranged.

It is therefore both dangerous and sloppy for British politicians such as the defence minister to continually talk of war with Russia. This is a war with Putin and his small circle of cronies. Anyone who talks of a war with Russia simply plays into their hands and accepts their narrative.

The Ukrainian president has been incredibly clear and very careful in his use of language. At no point has he talked about a war with Russia. Instead, he has spoken directly to the Russian people and tried to explain that his people have a problem with Putin. The vast majority of Ukrainians want a friendship with ordinary Russian people – not to be turned into a puppet in a fight between competing nationalist visions. 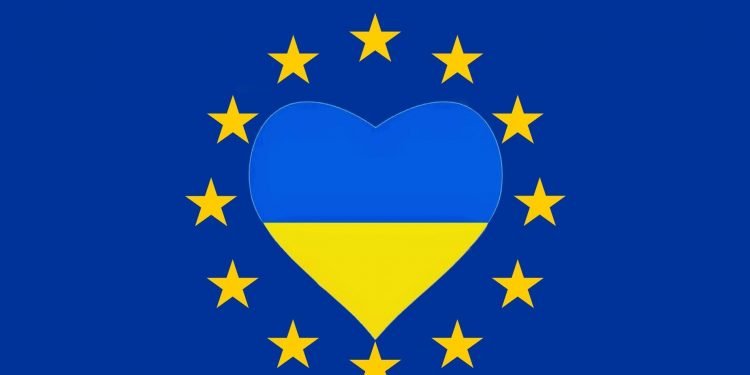 When Liz Truss rushes to encourage British citizens to go to Ukraine and fight she is not helping anyone in Ukraine. They have enough resistance fighters. All she achieves is to provide Putin with a wonderful propaganda clip he can show on television in order to give some credence to his fake claim that the West wants to attack Russia.

The British government deserves credit for some of the things it has done to support Ukraine. The moves to control financial assets have been significant and important. Yet it risks undermining the international effort through the sheer amateurism of many of its current leaders.

There is a real contrast between much of the talk and some of the key actions. Even when British citizens were deliberately poisoned on the streets of London, the Conservative Party continued to take donations from Russians with links to Putin’s regime. This government has consistently blocked effective investigation into the evidence that Putin financed the Vote Leave campaign in order to weaken the EU.

We now know why Putin was so keen to undermine unity in Europe. After inflicting untold damage on the US via shadowy support for Donald Trump and his chaos.

Instead, we have a prime minister who is scared to offer asylum to significant numbers of Ukrainian refugees in case he annoys the far right of his party. He has kept a minister in the Home Office who wanted to offer refugees fruit picking jobs. Some of the few Ukrainian exiles who can actually find a British official have been questioned about whether their income is large enough. Leaving us with the shameful sight of a British government that allowed thousands of Putin’s allies to buy British citizenship and launder the money they stripped out of their country but won’t support Poland in finding homes for frightened children.

Johnson seems to be delighting in taking on the role of world king in the fight between democracy and autocracy. At the same time as he is passing legislation that makes noisy demonstrations illegal in Britain and trying to intimidate the Electoral Commission and the BBC.

When dealing with Putin it is important to distinguish between his words and his deeds. When dealing with Johnson it is also wise to look hard and long at what he is actually doing rather than listen to the fine words.