Putin has no good options left, caught between a military fiasco in Ukraine, crippling western sanctions, and growing unrest at home. 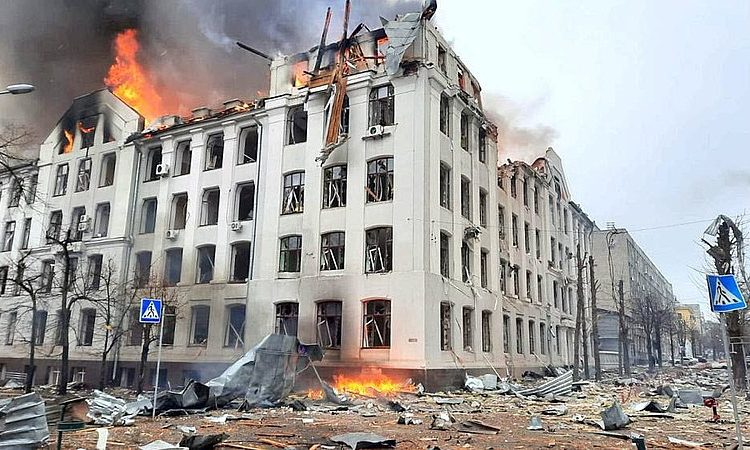 Police GHQ in fire in Kharkiv: This file is licensed under the Creative Commons Attribution-Share Alike 4.0 International license

One man watching the appalling events in Ukraine unfold with particular interest is Viktor Fedorovych Yanukovych. The former Ukrainian pro-Russian president fled to exile in Russia in 2014, following the Maidan uprising and a wave of civil unrest after he rejected an EU Association agreement. Yanukovych, who was convicted of treason and sentenced in absentia to 13 years in jail in 2019, is said to have travelled to the Belarus capital Minsk in recent days, ready to be re-installed as president after the Ukrainian army was supposed to have been rapidly overrun by Russian forces. Unfortunately, nobody told the Ukrainians.

Any lingering hopes Yanukovych might have had of leading a popular uprising against the ‘Nazis and drug addicts’ of Putin’s imagination have long since been dashed. And every new atrocity makes it less likely.

Ukraine’s President Zelenskyy did not flee, and launched what at first appeared to a horrified world as little more that a futile gesture. But, after ten days of furious resistance, with Russia apparently making little headway, serious observers are now beginning to think that Ukraine could achieve something that might look like a win, or at least not a loss.

Twitter is full of grisly images, many of them too graphic to show, as the bloody conflict plays out in real time on social media. But the platform also contains a lot opinion from well-qualified observers, which provides a fascinating insight into Russia’s mounting difficulties.

The author of the post places blame for the chaos squarely on those at the top – Putin and his close circle. They state that FSB planning at the behest of the regime before the invasion was not anchored in any real objective: “no one knew that there would be such a war, they hid it from everyone.”

Planners were apparently asked to produce assessments of theoretical events, including things like a meteorite strike on a prison. They were told that nothing like this would happen, but the reports needed to be written “in a victorious style so that there are no questions”. They had to conclude that “when a meteorite falls, we have everything to eliminate the consequences, we are great, everything is fine”.

The writer dismisses the idea of Yanukovych (or anyone else) now returning as head of a puppet government, saying he wouldn’t last ten minutes after Russian troops left and the alternative would take half a million troops to maintain order “even with minimal resistance from the locals”.

Importantly, they say that in theory, had Zelenskyy been captured in the first 1–3 days along with city and regional authorities, and if the Ukrainian president had issued an order to surrender, then resistance would have quickly subsided. They conclude now that it “is simply impossible to complete the task”.

A column consisting of hundreds of AFVs (armoured fighting vehicles) was first reported to have crossed the Belarus border into Ukraine on 27 February. A few days later, having grown to 40 miles in length, it appeared to stall and has barely moved since.

Retired American civil servant Trent Telenko, who worked for the US Department of Defense, has tweeted at length about it and claims that, after travelling 64km with engines idling for hours, the front 17km vehicles are likely now out of fuel. Telenko says, “The head of this 64km column ain’t going anywhere. With or without fuel. The Russians can get neither fuel trucks nor wreckers there. And this ‘drop dead effect’ is proceeding [backwards] along the column from south to north. The ONLY way that column will move at all is backwards first”.

Crews have now been out for 11 days, having only been issued rations for three days. The Russians, he claims, will have to abandon their vehicles and walk north to get fed. His assessment is shared by Lawrence Freedman, emeritus professor of war studies at King’s College London, who writes on his Substack blog:

“This is no longer a convoy. It has not moved for days and is not going anywhere. It is full of vehicles that have broken down, or been abandoned, or attacked by Ukrainian forces. The spectacle no longer coveys a menacing threat but instead epitomises Russia’s poor planning and the limitations of its equipment.” 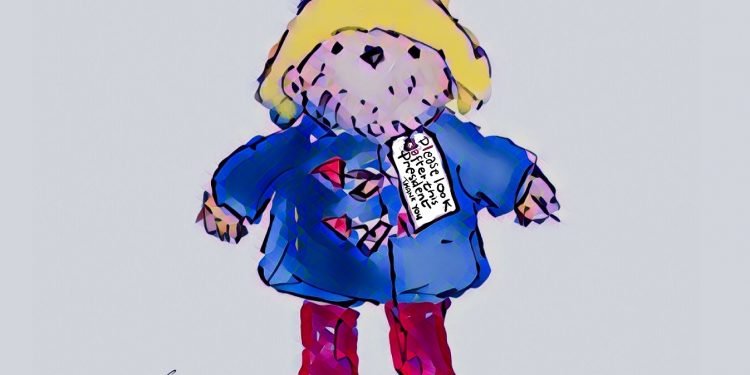 High-ranking Russian officers are being killed

Telenko also claims the stalled column was responsible for the death of at least one senior officer, Major General Andrey Sukhovetsky of the 41st Combined Arms Army. Sukhovetsky was killed after “he showed up at the head of the column to unscrew the logistical mess, screaming at people and waving his arms in the air in visual range of a Ukrainian Army Sniper”.

Encircling Kyiv will be difficult if not impossible

Retired Australian Major General Mick Ryan, a member of the Military Writers Guild, claims in a Twitter thread that to encircle Kyiv, the Russians will need to create (at least) a 90km-long cordon around the city. This would take 90 battalions in a defensive formation to produce an effective encirclement which would need “the vast majority of Russian forces in Ukraine”. Ryan says this is probably not viable

But opting for a less-concentrated cordon would likely allow the Ukrainians to resupply defenders, prolonging any siege by providing reinforcements to defend the city in the event of a Russian assault.

He adds that Russia will want to deny Ukrainian air power over the city, including stopping aerial resupply. But so far the Russians have failed to dominate the skies and a briefing by Pentagon officials recently claimed, “Ukraine has a significant majority of its aircraft still available”.

In an article for the Royal United Services Institute, Justin Bronk, a research fellow for air power, questions if the Russian Air Force is capable of running complex air operations at all. Western observers have been surprised that the Russians have been unable to establish air superiority, or deploy sufficient combat power, in support of what he calls the “under-performing Russian ground forces”.

Bronk dismisses his own initial suggestions about difficulties with deconfliction between ground-based surface-to-air missile (SAM) batteries, a lack of precision-guided munitions, and limited numbers of pilots with the required expertise as not credible. He now concludes that Russia lacks the “institutional capacity to plan, brief and fly complex air operations at scale” and claims there is significant circumstantial evidence to support his belief. This is not a problem that can be solved overnight.

At the weekend, the Ukrainians were claiming to have destroyed 44 aircraft and 44 helicopters. This may well be an exaggeration, but the confirmed losses are certainly well into the 30s. This morning, a reporter on the Kyiv Independent newspaper reported that a further 30 Russian helicopters, that had been repositioned to the recently occupied Chernobayivka airport near the city of Kherson in southern Ukraine, have been destroyed.

It is impossible to verify any of these figures, but independent sources put the number of military vehicles on the ground lost at over 700. Whichever way you look at it, after just ten days this is an incredible, costly and unsustainable rate of attrition. 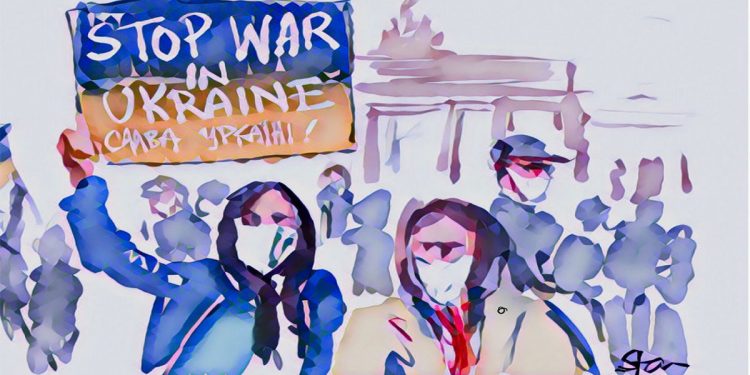 Replacing troops killed in action or wounded is becoming another pressing issue for Putin. Russian losses are put at over 10,000, but the truth is that nobody really knows. Our FSB insider suggests it could be 5,000 or as low as 2,000 but concedes the higher number is not impossible. Divisional commanders themselves may not know, amid the heat of battle. But to set this in perspective, Russia lost 15,000 in Afghanistan over ten years, so even the lowest level would represent an almost unprecedented rate of losses for Russia, probably the highest since 1945.

Replacing these troops will not be easy. The FSB insider(s) said, “Large-scale mobilization will undermine the situation inside [Russia]: political, economic, social”. The risk of forced conscription is already driving many young Russians to leave the country.

Belarusian reinforcements, thought to be originally part of the overall plan, now seem unlikely to join in hostilities, after their Chief of the General Staff Viktor Gulevich abruptly resigned in protest. His resignation letter dated 4 March said that military units in Minsk were “massively refusing to take part in hostilities and the Armed Forces are unable to complete a single battalion group”.

Where is this all leading Vladimir Putin?

Given the international condemnation, highly coordinated EU-US-UK response and crippling sanctions, coupled with global businesses pulling out of Russia because of the needless killing of innocent civilians and destruction of modern European cities, our FSB mole says the Russian economy has two or three months at most. They say, “because in June we have no economy left, nothing remains” adding, “By and large, next week there will be a turning point in one of the sides, simply because the situation cannot be in such an overstrain [tension]”.

There are sporadic but growing waves of unrest and protests taking place across Russia. This is despite ever harsher measures being put in place, including lengthy jail sentences for protesters or anyone reporting truthfully on horrific events taking place in Ukraine, the closing down of liberal media outlets, and the blocking of foreign websites including the BBC.

Putin must decide very soon whether to throw yet more resources – with everything that entails for Ukrainians, his own military forces and Russia’s future – into a war he could conceivably lose, or be forced into a humiliating climbdown. Either way, the Russian public may finally learn the truth about his bloody foreign adventures and his 20-year career of criminality at the very top of Russian politics. There are no good options left.

It may be his Wizard of Oz moment, when the curtain is finally pulled back to reveal not some all-conquering latter-day Peter the Great, but a weak despot on his way to The Hague.