What do the likes Facebook and Twitter mean for the future of Western Democracy? Oliver Lawrie takes a critical look at the relationship between healthy democracy and social media as a tool for democratic emancipation, considering why social media does significantly more harm than it does good. 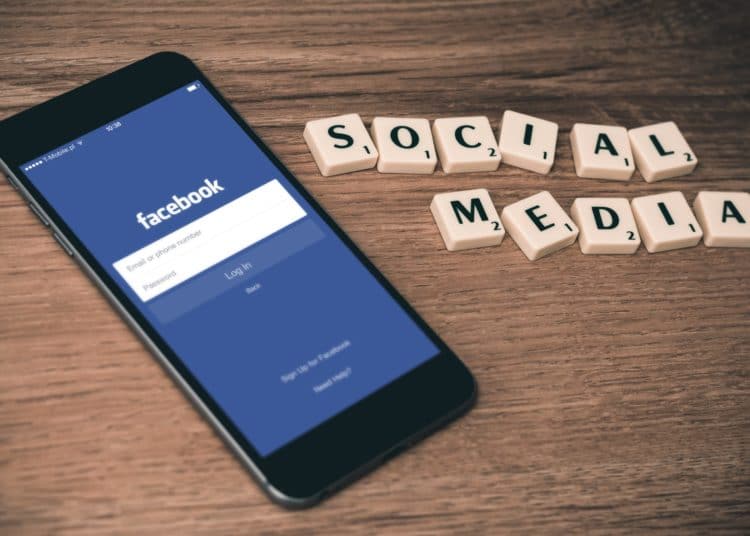 Photo by Firmbee.com on Unsplash

The reach these platforms enjoy goes someway to highlighting why some consider them beneficial for a democracy. It is true that social media platforms nullify the conventional barriers to meaningful participation in a democracy. Physical proximity is no longer an issue; if you have both access to the internet, and people who are willing to engage with you, you can create, consume and shape discourse on any subject you like, anytime you like, anywhere you like.

These platforms also allow for the upscaling of social, cultural and political movements, the size of which few democracies had to contend with in pre-social media times. A dentist from Peru is just as able to contribute to the online democratic process of halting the construction of High-Speed Two as a school child from Letchworth. Take the explosion in international participation in the Black Lives Matter movement, catalysed by a singular event in one American city.

Given the volatility of the times in which we live, and domestic and international threats to democratic processes in the West becoming ever more apparent, increased participation on a wider variety of topics is a positively compelling argument for social media fostering democracy.

That is, until one scrutinises the quality of the new-found participation that social media fosters.

It’s true that more people are given a platform from which they can express their views. But the absence of editorial or regulatory control means social media provides a space in which billions of people are allowed to propagate, and therefore legitimise, misleading and destructive rhetoric without challenge. Even when there is challenge, content filtering tends to happen retrospectively, meaning the damage has been done by the time the authorities catch up, as has previously been noted.

Assuming we could overcome these issues, it has been shown that democratic discourse on social media is controlled by a minority of users, showing the inequality in representation of different opinions on such platforms. A 2010 study analysed a total of 104,003 tweets in the run-up to the 2009 federal elections in Germany, where 4 percent of all accounts contributed more than 40 percent of election-related discussions. In this instance, it is clear that social media does not affect meaningful, positive change in how engagement with the democratic process functions.

Just as there were a few actors with a disproportionately influential voice in the time of ‘traditional’, non-digital media, the same is true now. Passive consumerism is still rife, with wholesale active contribution yet to be stimulated by social media, something that would be needed if these platforms were to meaningfully strengthen a democracy.

Given the vast number of movements now propagated through social media, you would have expected these to have a proven track record of affecting their desired change, above and beyond what was possible in the time before social media. Granted, the Black Lives Matter movement has played a role in the reformation of the Minneapolis Police Department, just as the #metoo movement increased societal awareness of sexual harassment towards women.

Such issues are propelled into mainstream culture, but the necessary action required to fulfil the desires of these movements, and consequently nullify their existence, is simply not affected because of social media. These movements, exactly like those which arose before a world with social media, are organic but also short-lived.

It’s not only the users who are implicated in causing social media to be damaging for democracy; those who provide the service are also responsible. Intentionally or not, multi-billion dollar technological companies have unilateral, untempered control over their platforms, thereby having unilateral, untempered control over all democratic discourse that takes place on their given platforms.

As Angela Merkel highlighted, if freedom of speech is to be interfered with, as has been seen with platforms banning controversial political figures in recent months, this must be done within a framework defined by a democratically elected legislature, rather than an unelected board of corporate magnates.

So yes, increased democratic participation may be desirable, but for as long as governments allow these companies to operate in a deregulated environment – a symptom of the uncertainty from domestic governments about how to regulate a service that has a distinctly transnational reach – they will continue making decisions that maximise the return for their shareholders, rather than those which will capitalise on the potential these services provide for the betterment of democracy.

Which country’s regulations deal with a Briton posting hate speech on a French Facebook forum, while on holiday in Barbados? Facebook would not have become the 8th most valuable company in the world if democratic facilitation was anything but a byproduct of a service whose primary purpose is to create capital.

Social media plays an undeniably significant, albeit indirect, role in damaging democracy. The existence of platforms such as Facebook and Twitter does not present any new, unforeseen challenges to a democracy; rather they exacerbate and pluralise the flaws any democratic has had to contend with for years, just on an unparalleled scale.

In light of this, the question to be answered is how do we resolve this issue? Do we submit ourselves to the democratic paradox of limiting freedom of expression in the virtual space, thereby undermining one of the fundamental pillars of any true democracy? Or do we allow social media to continue to provide a space in which discourse can be propagated without accountability? This is a question for someone much more qualified than me to answer, but is one that needs answering nevertheless.